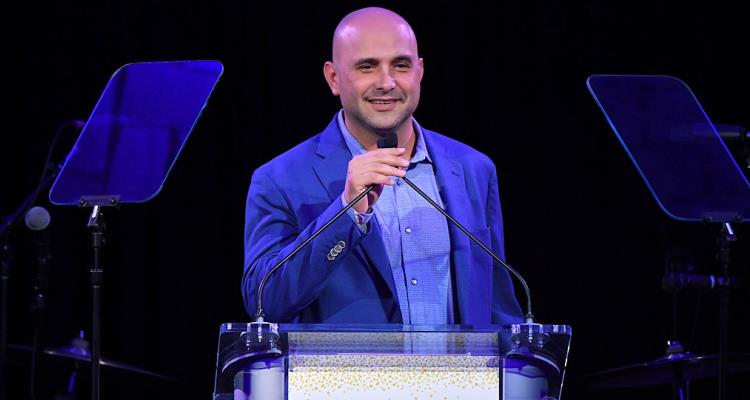 Why was radio personality Craig Carton arrested? Since the news of the arrest was made public, fans of the popular “Boomer and Carton” sports radio show have been asking questions. From Craig Carton’s net worth to Craig Carton’s wife, we have all the details you need to know right here in our Craig Carton wiki.

Who is Craig Carton?

Craig Harris Carton was born on January 31, 1969, in New Rochelle, New York and he’s a graduate of Syracuse University’s broadcast journalism program. He has worked for WFAN’s “Boomer and Carton” since 2007, alongside former NFL quarterback, Boomer Esiason. In 2013, he released his first book, Loudmouth: Tales (and Fantasies) of Sports, Sex, and Salvation from Behind the Microphone. Craig lives in Manhattan with his wife, Kim, and he has four children: Sonny, Mickey, Anthony, and Lucky. Craig also launched the Tic Toc Stop Foundation, focused on wiping out Tourette syndrome, which he was diagnosed with as a child.

Craig Carton’s salary is $250,000 a year, with an estimated net worth of $2.0 million, which is why many are confused by his arrest by the FBI for fraud. The 48-year-old Carton was arrested by the FBI on Wednesday at his home in Manhattan for allegedly selling fake discount tickets. The investment scam was responsible for $5.6 million from investors, after the sale promised to bring face-value tickets to concerts by stars such as Justin Bieber, Katy Perry, Metallica, and Barbra Streisand.

“We are aware of the situation and are cooperating with authorities,” CBS Radio said in a statement.

Reportedly, it was believed that the millions were used to cover the motor-mouthed co-host’s expensive gambling debts! Due to his arrest, Carton missed Wednesday morning’s show and conspiracy and fraud charges have been released in federal court.

We brought @darrylstrawberry18 to #BoomerandCarton this morning to talk all things #Mets! #WorldSeries #LGM || ?: BoomerandCarton/Twitter

“I am aware now why Craig is not here this morning,” Esiason said during the show. “Unfortunately, he was arrested this morning. Over here at the station, they are aware of it as well. They are cooperating with authorities. I am taken aback and surprised by it, just as I’m sure everybody else is. I have no other information. There is nothing else I can say. I thought he called in sick this morning. But unfortunately, my partner was arrested. So I guess there will be more news to come I’m sure from somewhere. But it’s not going to come from me because I don’t have it. And that’s all about that. Not easy.”

Was Someone Else Involved?

The Securities and Exchange Commission has since been involved with the investigation. They have accused Carton of lying to investors and working with Michael Wright, 41, and Joseph Meli, 43.

“As alleged, Craig Carton and Michael Wright deceived investors and raised millions of dollars through misrepresentation and outright lies,” Manhattan U.S. Attorney Joon Kim said. “Their schemes were allegedly propped up by phony contracts with two companies to purchase blocks of concert tickets, when in fact, Carton and Wright had no deals to purchase any tickets at all. As alleged, behind all the talk, the Wright and Carson show was just a sham, designed to fleece investors out of millions ultimately to be spent on payments to casinos and to pay off other personal debt.”