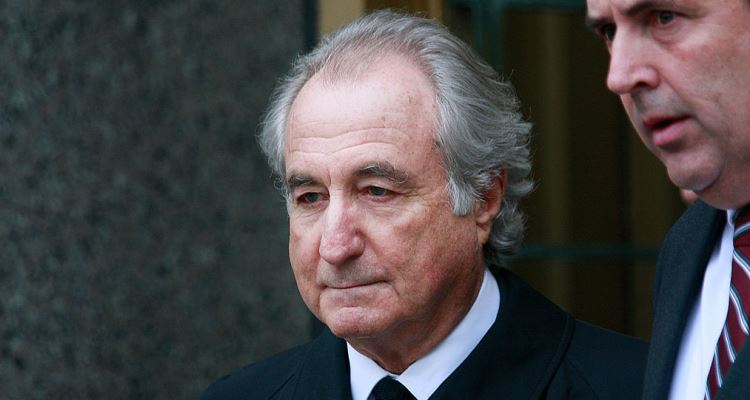 Once again, Bernie Madoff’s family is in the news, opening up old wounds for what’s left of the family. With the recent reports of the Ponzi scheme victims not being compensated since the initial scandal, many are looking into the family’s history, including Bernie Madoff’s sons: Andrew Madoff and Mark Madoff.

What Happened to Mark Madoff?

In 2009, Bernie came clean about engineering the biggest Ponzi scheme in U.S. history, which was worth billions. Many of the victims were friends, colleagues, and celebrities, who had invested with the 79-year-old financier. Mark and his brother Andrew had worked at the their father’s company and were not charged with anything. However, they had to make the difficult decision of turning their father over to the authorities for his crime. Mark tried to stay in the business world, but his last name was a liability.

“He was trying to get back into the financial world, and who in that world would ever take him on with his last name?” said a close friend to People. “It doesn’t make sense. It was almost as if he were blind.”

In 2010, Mark, 46, committed suicide in his Manhattan apartment by hanging himself with a cord around his neck, leaving behind his then-2 year-old son, Nick, and wife, Stephanie.

“Mark Madoff took his own life today,” Madoff’s attorney Martin Flumenbaum said in a statement. “This is a terrible and unnecessary tragedy. Mark was an innocent victim of his father’s monstrous crime who succumbed to two years of unrelenting pressure from false accusations and innuendo. We are all deeply saddened by this shocking turn of events.”

He left an e-mail for his wife beforehand to check on their son, but there was no suicide note with an explanation. He is also survived by his daughter, Audrey. His death was a surprise to many but at the same time, not entirely, given the scandal that made him untouchable on Wall Street. To the business world, he was as guilty as his father.

What Happened to Andrew Madoff?

The family’s pain didn’t stop there. Despite starting a new life with his fiancée Catherine Hooper, Andrew, 48, (and later his family) couldn’t escape the sins of the father. The Madoff name was tainted and Andrew’s cancer had returned after beating it previously. He and his mother, Bernie Madoff’s wife, Ruth, (who fled to Connecticut in shame) were slowly mending their relationship, after her son kept his distance for staying in contact with Bernie. In 2014, Andrew died from cancer and was survived by his fiancée, daughter and mother.

Hooper is a writer under the pen name “Carolina Carter” and her life was negatively affected by the scandal, as well. No one would hire her in her field, though she still has shares in Black Umbrella, the disaster preparedness company she started with Andrew. She also believed him to be a hero for making the hard choice of turning in his father.

“They were after him relentlessly and they never came up with anything,” Hooper said to People. “So yeah, I would love it if he had been recognized in his lifetime for the whistleblower he was and the enormous amount of personal strength it took him to turn in his father to the FBI, and at the most emotional moment of this life.”

“I think there are very few people who’d have that presence of mind and strength,” she added. “Andrew was absolutely a hero for what he did. So yeah, of course I wish he’d been recognized for what he did..but he wasn’t and you just can’t dwell on that.”

According to USA Today, the people effected by the scandalous fraud have yet to be paid out since the original incident, although 70,000 investor claims have been received as of January.