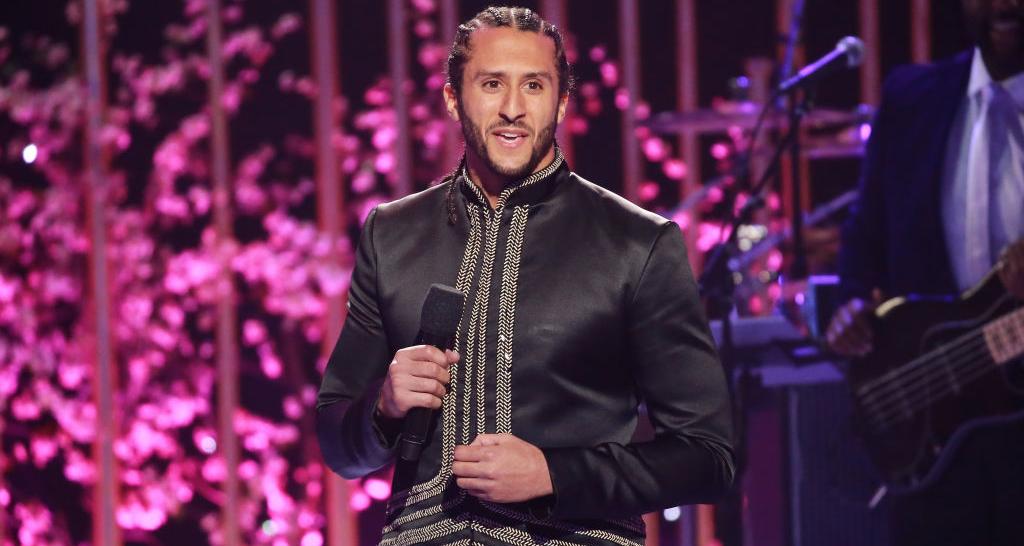 Colin Kaepernick lost his Nike contract after an anti-white rant.

Former San Francisco 49ers quarterback Colin Kaepernick was signed by Nike as the new face of their signature “Just Do It” campaign. Kaepernick is currently a free agent after stirring a national debate when he took a knee during the national anthem in 2016 to protest racial injustice. His lucrative deal with Nike marks the activewear giant’s foray into the political discourse. But a report circulating online claims that Colin Kaepernick’s Nike contract was taken away when the footballer went on an anti-white rant. So, is this true or false? We set the record straight, right here!

Colin Kaepernick’s “Just Do It” Campaign

On September 3, 2018, Kaepernick shared an image of himself on Twitter about his new Nike endorsement and tweeted, “Believe in something, even if it means sacrificing everything. #JustDoIt.” 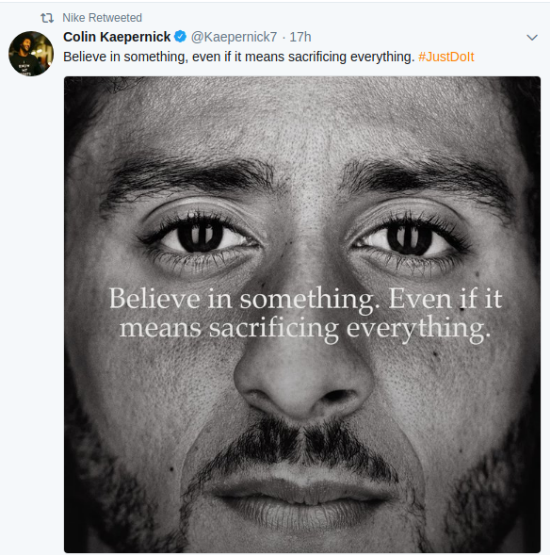 Nike, which is the NFL’s official apparel partner, is celebrating the 30-year landmark of its “Just Do It” slogan and has signed Kaepernick to front the campaign. The contract has met a polarizing response, given the quarterback’s political activism while playing for the San Francisco 49ers.

However, news has been circulating on the Internet that claims he lost the Nike deal immediately after going on an anti-white rant. It’s alleged that Nike got hold of a recording where Kaepernick gloats about his deal as soon as it was announced.

“Those crackers won’t know what hit them,” Kaepernick supposedly told a friend at a party celebrating his new deal. “The rednecks at Fox News and all those other honkeys will have to deal with the fact that I’m rolling in dough.”

Someone allegedly recorded this conversation and sent it to Nike’s president, Charles Bartowski. Nike then apparently “almost immediately” dropped Kaepernick from their campaign.

The source of the news is America’s Last Line of Defense. The site, particularly its Facebook page, is notorious for posting fake news to bait conservatives into sharing factually incorrect information. 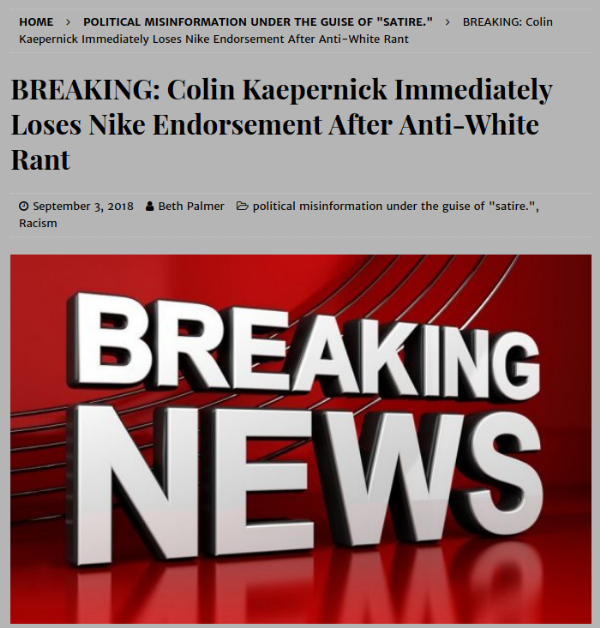 America’s Last Line of Defense’s Facebook page has a disclaimer that states their posts are meant to be taken as satire. Additionally, their tagline is “Information you probably shouldn’t trust.”

The site categorized the news about Colin Kaepernick’s canceled Nike contract under “Political Misinformation under the Guise of ‘Satire.’”

In fact, Charles Bartowski isn’t even the president of Nike. It is the name of Zachary Levi’s character in the NBC spy series, Chuck.

Mark Parker is the chairman, president, and CEO of Nike.

Moreover, the sources linked in the report open to unrelated memes. There’s no evidence of any recording and Kaepernick making those comments at all.

Nike has had an endorsement deal with Kaepernick since 2011, but they haven’t featured him in a campaign for the past two years. Market analysts believe the activewear company saw the 30th anniversary of its iconic “Just Do It” ad as the perfect opportunity to make Kaepernick the face of the campaign.

“We believe Colin is one of the most inspirational athletes of this generation, who has leveraged the power of sport to help move the world forward,” said Gino Fisanotti, Nike’s vice president of brand for North America.

With this deal, Kaepernick will lend his name to Nike’s apparel like shoes and T-shirts. Nike will also donate to the quarterback’s “Know Your Rights” campaign.

So, it doesn’t appear that Nike is ready to drop Colin Kaepernick from their “Just Do It” campaign and reports suggesting otherwise are false.