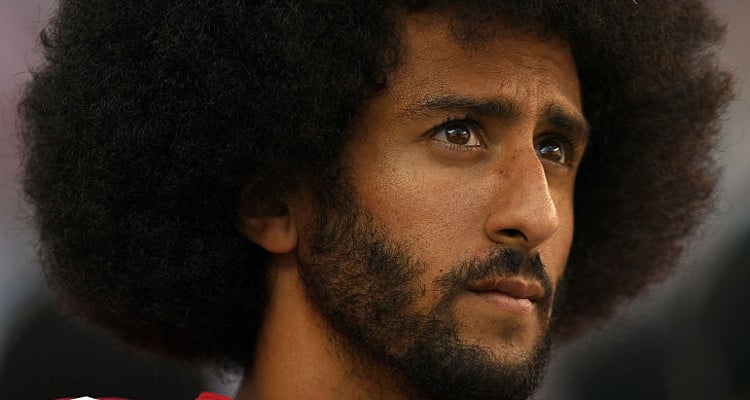 Colin Kaepernick is an American football quarterback for the San Francisco 49ers in the National Football League (NFL). He grew up the usual way, playing college football before being drafted in the NFL. But lately, he’s been in the news for sparking a bit of controversy regarding the U.S. national anthem, and his refusal to stand up for it. His refusal to stand is in protest for the way he feels African-Americans (and other people of minorities) are being treated in the United States. So, naturally people are curious to learn more about the famed NFL player, including Colin Kaepernick’s salary and Colin Kaepernick’s net worth.

Kaepernick was born in Milwaukee, Wisconsin, to a 19-year old Caucasian woman named Heidi Russo. At the time of his birth, his mother was single and destitute, with no means to support herself or her baby. Kaepernick’s biological father, an African-American, left his mother before Kaepernick was born. His mother placed Kaepernick up for adoption and he was taken in by Rick and Teresa Kaepernick, a white couple with two children of their own. They were looking for a boy to adopt because they had already lost two sons to heart defects. Kaepernick moved in with them and became the youngest of their three children.

A Gift for Football

Kaepernick showed an interest for football from a very young age. He started playing youth football at the age of eight, as a defensive end and punter. Later, he became the quarterback for his youth football team and became renowned for his passing ability. He was a very good baseball player, as well. Kaepernick was nominated for all-state in football, baseball and basketball in his senior year at high school. After high school, Kaepernick joined the University of Nevada. Though he got his first break in baseball, it was football that Kaepernick really wanted to play. It was in February 2006 that Kaepernick was finally signed on to play football for the University of Nevada.

Kaepernick played for four seasons with his college team and then started preparing for the NFL draft. In the 2011 NFL draft, Kaepernick was picked up by the San Francisco 49ers. Earlier in his career, Kaepernick was used as a wildcat quarterback. Later, he was used as a starting quarterback for his team. After three successful seasons, Kaepernick was offered a six-year contract extension with the 49ers in 2014, which he promptly signed. Colin Kaepernick’s salary is $19.0 million per year. The 2015 and 2016 seasons were not very good for Kaepernick though, as he struggled to play under a new coach.

Then came the national anthem controversy that has made Kaepernick the object of both hate and affection because of his firm beliefs on the wrongdoings in America to minorities and those of color. In 2016, during a preseason game, Kaepernick refused to stand up when” The Star-Spangled Banner” was playing. Defying tradition, he sat down as the national anthem was played, and many were simply furious with him. He later explained his action in his own words, saying “I am not going to stand up to show pride in a flag for a country that oppresses black people and people of color. To me this is bigger than football and it would be selfish on my part to look the other way. There are bodies in the street and people getting paid leave and getting away with murder.” While many people have praised and supported Kaepernick for the tough stand he has taken, he has received a lot of flak for it, too. In fact, he has even received death threats for what some people feel is the behavior of a traitor!

All this has overshadowed Kaepernick’s personal life. In July 2015, Kaepernick reportedly started dating radio personality and television host, Nessa. They went public with their relationship in February 2016. Kaepernick feels that his faith in God gives him the strength to play football and make those tough decisions in his life. He feels God guides him and tells him what steps to take. Faith is regularly tested and so will Kaepernick’s. Only time will tell whether Kaepernick made the right decisions or not, but either way, he stands by his decisions with pride.