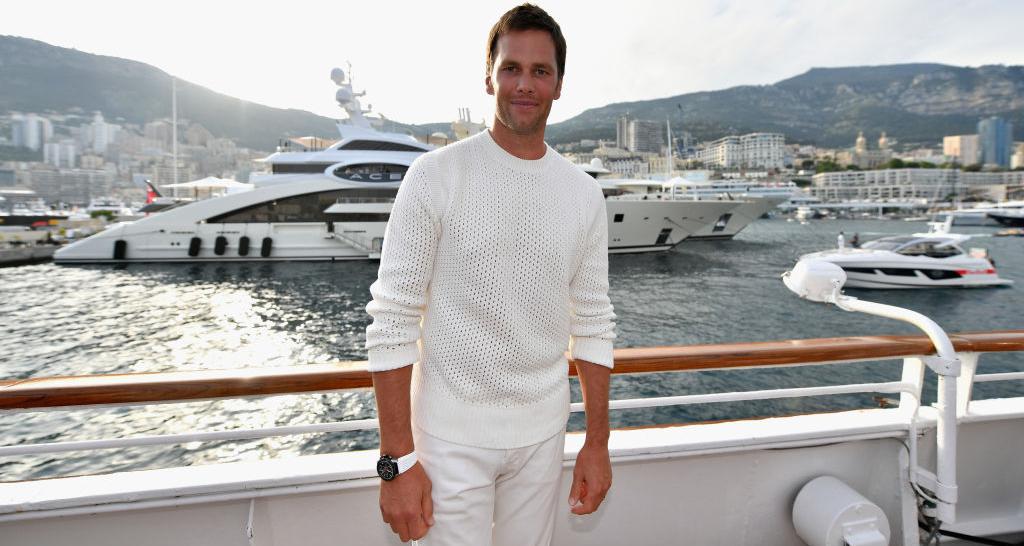 Tom Brady poses for a photo after throwing a ball to Daniel Ricciardo of Australia (Photo: Dan Mullan/Staff)

Tom Brady said that the 2018 NBA Finals are rigged and accused the referees of taking bribes and gambling.

After the Golden State Warriors won Game 2 of the NBA Finals, several Cleveland Cavalier fans are crying foul. Even some celebs have thrown their opinions into the mix! But the most shocking one circulating on the Internet is an alleged Tom Brady quote, where he supposedly says the NBA Finals are rigged. It’s understandable why such a quote from Tom Brady would be scandalizing. But it’s something you should take with a grain of salt.

The NBA Finals experience is incomplete without scores of disgruntled fans complaining about bad calls. After losing Game 1 because of J.R. Smith’s crucial mistake, the Cavaliers lost Game 2 last night.

But this time, fans don’t think it was a mistake on the Cavaliers’ part. Cleveland supporters and LeBron James’ fans are complaining about the referees presiding over the game.

LeBron James was allegedly tripped by Warriors’ Stephen Curry, and the referees didn’t call foul. There were more instances where the calls of the referees cost the Cavaliers. Obviously, everyone had a lot to say about it.

Celebrities have joined fans who are alleging that the NBA Finals are rigged and that referees are giving the Warriors a free pass. 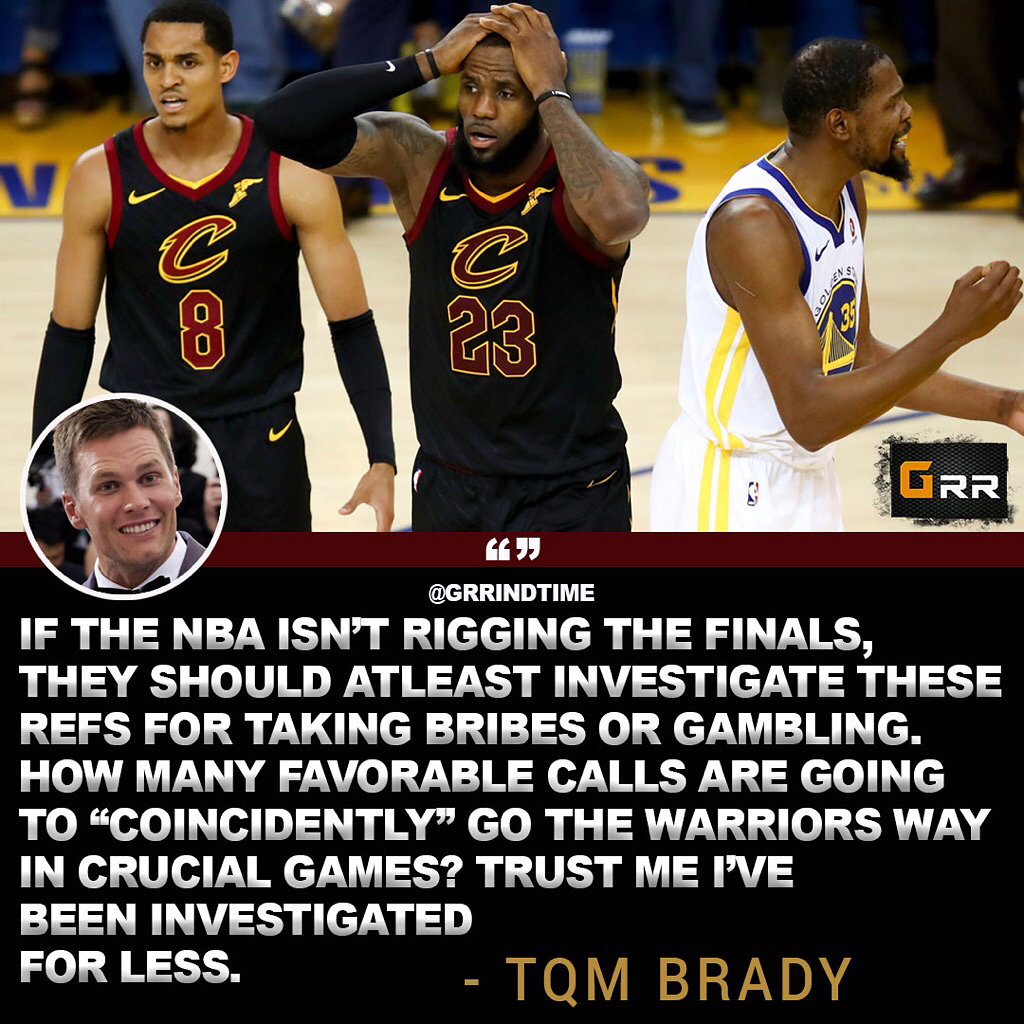 Now, it appears that even Tom Brady has his own opinion about the so-called “rigging of the NBA.” An alleged quote from Brady is buzzing on social media.

In the scandalizing quote, the Super Bowl-winning quarterback doesn’t just say the NBA Finals are rigged. He goes on to demand that the referees in the finals need to be investigated for taking bribes and gambling. He believes too many favorable calls have gone the Warriors’ way “coincidentally.” 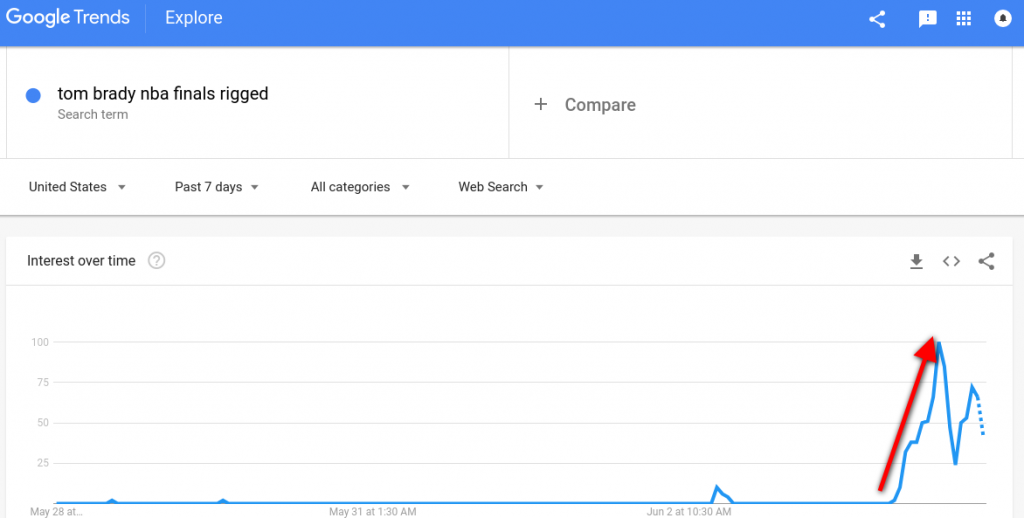 This alleged quote has taken the attention from the NBA Finals and teams to Tom Brady.

Google Trends recorded a breakout search related to Tom Brady and “NBA finals rigged” on the night of Game 2.

And social media users apparently agree with Tom Brady! Some even tout him as a hero for calling out the NBA. 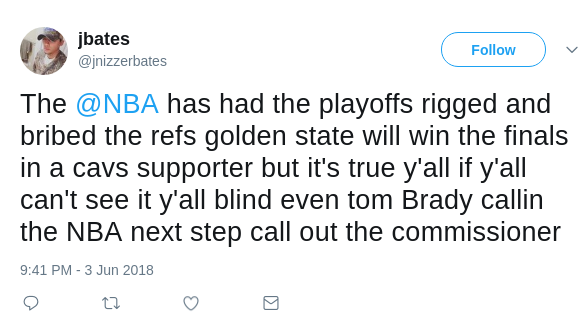 There are those on the other side of the argument who claim that no one would even mention rigging if the Warriors lost. 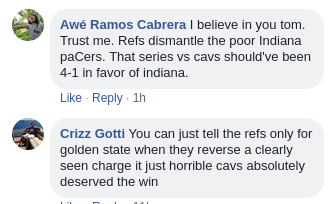 Brady supposedly makes his case by reminding fellow fans that he’s been “investigated for less.” Since he was cleared of Deflategate and referees taking bribes (if true) is a major scandal, we can’t say his alleged opinion is wrong. 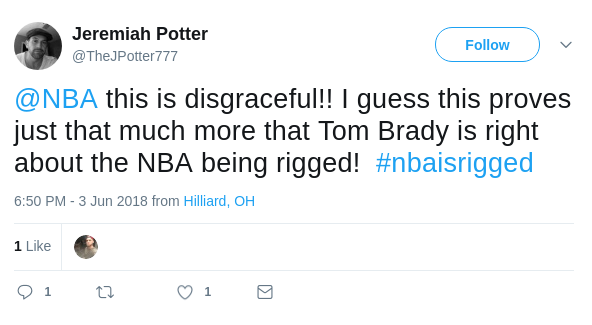 But it would be inaccurate to attribute this quote to Tom Brady. Because the football player never said that in the first place!

NFL fans would know that Tom Brady has dealt with cheating accusations throughout his career. The infamous “Deflategate” scandal of 2015 is still clear in our minds.

He’s also seen as a victim of bias within the NFL. So, some would think Brady would know cheating when he sees it.

Many people believe that Brady truly alleged the NBA referees of rigging the game in the Warriors’ favor. However, he never made any such allegation—at least not in public.

The false quote comes from a website called Grrindtime.com, which is dedicated to satire and comedy pieces on sports. Most of its social media posts are memes with falsified quotes, such as this Tom Brady one. 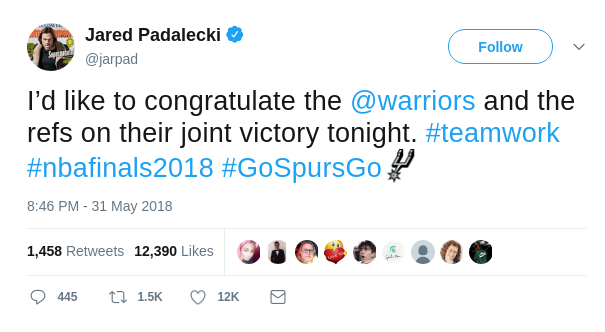 While there are several celebs we can tell for sure are accusing the NBA referees of knowingly making bad calls, Tom Brady isn’t one of them.