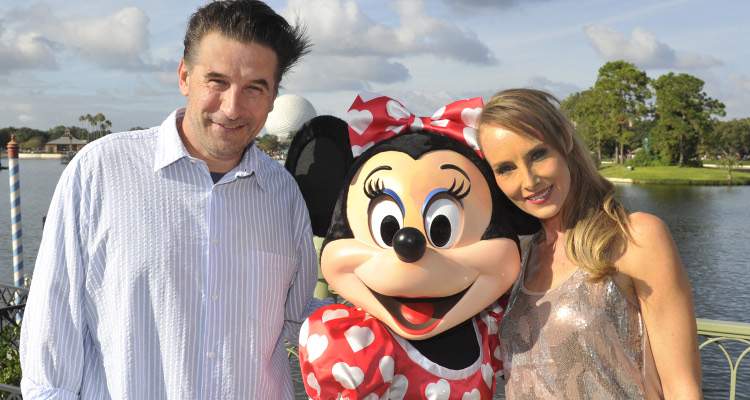 At least three quarters of the Baldwin Brothers have made their aversion to President Trump very clear on numerous occasions. While Alec does it on SNL, William “Billy” Baldwin takes to Twitter. So, when Donald Trump Jr. tweeted something about Sen. Al Franken, Baldwin responded with a tweet saying that the POTUS has a “black belt” in sexual harassment and accused Trump of hitting on his wife, Chynna Phillips, years ago. Find all about the incident and more about Billy Baldwin’s wife in our Chynna Phillips wiki.

She Comes from a Famous Family

Her husband isn’t the only one who comes from a celebrity pedigree. Chynna is the daughter of folk-rock couple, John and Michelle Phillips, who founded the hit group, The Mamas & the Papas in the ‘60s.

Her half-sister, Bijou Phillips is married to That ’70s Show actor, Danny Masterson and Chynna is an aunt to their daughter, Fianna. Bijou is recently going through a health crisis of her own and underwent a kidney transplant in April.

John Phillips was married to Susan Adams, with whom he had a son, Jeffrey, and daughter, Mackenzie who’s an actress. He had met a young Michelle Gilliam, with whom he had an affair that ended his marriage to Adams. He then tied the knot with Gilliam and after their divorce in 1970, he married Geneviève Waïte, with whom he had Bijou and Tamerlane. They, too, divorced and he married a fourth time.

Mackenzie Phillips revealed in her memoir that she had an incestuous relationship with her father, which resulted in a pregnancy and ended with an abortion. While their mothers denied the allegations, Chynna believed Mackenzie, learning about it 11 years after it supposedly ended. Mackenzie told Bijou about it too, which made the younger Phillips wary of their father. But she didn’t believe her father was like that.

What can I say? Coolest couple ever! #soulmates #flawless #hippie

The Mamas & the Papas singer infamously abused drugs, which severely affected his health and contributed to his death. Second-generation famous, Bijou ended up following her father’s footsteps and used drugs. But when she lost a friend to an overdose, she went to rehab and got clean.

Phillips didn’t have much of a relationship with her father, which affected her. “I had a lot of abandonment issues, and I just didn’t understand why I couldn’t have a father around like some of my other friends did. At the time, everyone was keeping me from the big secret: that my dad had this massive drug addiction,” she said.

Eventually, even she fell to drugs. “I felt so hurt and scarred on the inside, that I ended up turning to drugs and alcohol as a teenager, to put a bandage on my emotions. I didn’t know how to deal and that was just me trying to cope. Then I dropped out of school and it just wasn’t a good scene.”

She added that it was her husband and music that helped her put her life back together. She penned her 1990 hit, “Hold On” which was inspired by all the trials and tribulations she overcame. Not long after, she met William Baldwin. “It was perfect timing to have met such an amazing man. I met him when I was 23 and have been with the guy for 20 years!”

The 49-year-old first entered the celebrity scene with acting. She appeared in movies like Some Kind of Wonderful, Caddyshack II, and Say Anything. Her breakthrough role came playing the infamous Roxanne Pulitzer in Roxanne: The Prize Pulitzer.

While her acting career was not so bright, she did better as a musician. She got together with her childhood friends, Carnie and Wendy Wilson, to form the trio, Wilson Phillips. They released their self-titled album in 1990, which went on to sell eight million copies. But after their commercially disappointing second album, they disbanded.

Phillips is most famous for appearing on Dancing with the Stars season 13. She and pro-partner, Tony Dovolani were eliminated in the fourth week, but she left a mark. Her best performance was during “The Most Memorable Night,” where she danced to her song “Hold On” —and rightfully so, because 1990 was when her life finally turned around!

The Beef with Trump

Barring the youngest, the Baldwin brothers have been pretty vocal about their distaste for Donald Trump, right from the moment he ran for president. So, when Donald Trump Jr. made another Twitter gaffe about Al Franken, Billy Baldwin reminded him that his father is no saint, either.

And he’s speaking from experience. In a tweet that Twitterverse was very thankful for on Thanksgiving, Baldwin told Trump Jr., “Your Dad is a 5th degree black belt when it comes to sexual impropriety allegations.”

But it didn’t end there. He went on to allege that Trump made a pass on his then soon-to-be wife, Chynna Phillips! “I once had a party at the Plaza Hotel… your father showed up uninvited & hit on my wife… invited her on his helicopter to Atlantic City.” He continued in the same tweet, “She showed his fat ass the door. #TrumpRussia”

A man who attended the small private party Baldwin threw at the Plaza Hotel in Manhattan confirmed the account. Baldwin was hosting a small party in a hotel room for his then-fiancée’s birthday, when Trump reportedly barged in. At the time, Trump owned the Plaza and was often spotted there, until he was forced to sell the hotel after declaring bankruptcy in 1992.

“Trump came barging in and started saying, ‘Let’s get in my helicopter, let’s blow this party and get out of here’,” said the man who was at the party, adding that the small gathering of five grew visibly uncomfortable by the New York tycoon’s sudden entry.

He further detailed that Trump’s eyes fell on Phillips and he “looked her up and down.” Trump tried to coerce her to come to his helicopter, but Phillips “laughed uncomfortably at the prospect and said thanks but no thanks.”

Your Dad is a 5th degree black belt when it comes to sexual impropriety allegations.
In fact… I once had a party at the Plaza Hotel… your father showed up uninvited & hit on my wife… invited her on his helicopter to Atlantic City.

This party attendee was apparently at other parties where Trump had attended and left before, when he “realized it wasn’t a raging Hollywood party with strippers hanging from the roof.” Chynna Phillips and Billy Baldwin’s allegations are the latest in a number of sexual harassment accusations against Trump.

Billy Baldwin used to have a cordial relationship with Trump and was even photographed with the real estate mogul and his ex-wife, Marla Maples. But now, he is currently one of the President’s staunchest critics! As of this writing, the White House declined to comment on his allegations. Trump has kept silent on Twitter, which is strange for him as fans are just waiting for him to refute the allegations online.