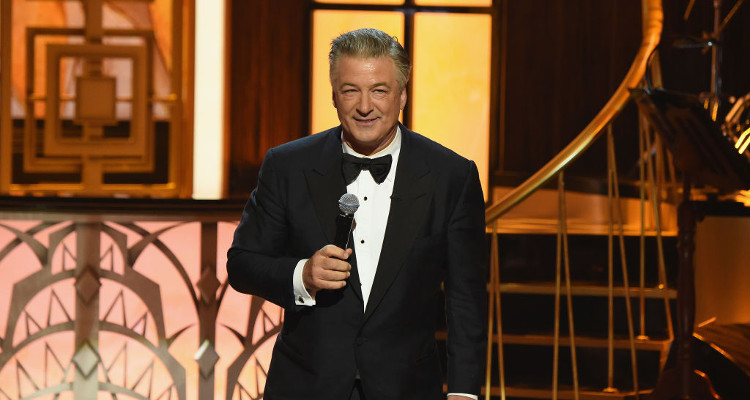 On Saturday Night Live, even presidents aren’t spared from Alec Baldwin’s scathing humor. But on Sunday (July 9) night, it was his turn to be on the receiving end. Baldwin’s friends and family gathered to roast the actor for One Night Only.

Alec Baldwin has had some jaw-dropping scandals in the past and made quite a few frenemies with his uninhibited comedy on Saturday Night Live. But it certainly made for some pretty interesting subject matter for One Night Only: Alec Baldwin, where the actor was roasted by his friends and family. And we know to expect something big when the Baldwin brothers gather in one place! Alec Baldwin’s wife and daughter joined in on the action, too. Here’s more about the hilarious tribute to the actor in our Alec Baldwin wiki.

His Ancestor was a Mayflower Passenger

Alexander Rae “Alec” Baldwin III was born in 1958 in Amityville, New York and was raised in Massapequa. The eldest son born to Carol Newcomb and Alexander Rae Baldwin Jr., he has a mixed ancestry of English, Irish, Scottish, French-Canadian, and German.

Alec, his brothers Daniel, William, and Stephen, and sisters Beth and Jane are descendants from a Mayflower pilgrim on their father’s side. Through this line, they form the 13th generation of his family born in North America and the 14th generation as North American residents.

His father, an expert U.S. Marine, was honorably discharged after accidentally being shot during a rifle inspection. He pursued law but dropped out to become a public school teacher. He passed away of cancer at the age of 55.

My NEVERTHELESS FACEBOOK page has photos, videos and writing that did not make it into the book. https://m.facebook.com/alecbaldwinnevertheless/ Like this shot, from THE HUNT FOR RED OCTOBER…

The high school football player worked as a busboy at the iconic Studio 54. While studying at George Washington University, he lost the student body president election. But before he could be disheartened, then President Richard Nixon himself wrote him a letter to take the loss as a learning experience.

Baldwin transferred to New York University’s Tisch School of Arts and was accepted into the Actors Studio. He graduated with a Bachelors of Fine Arts in 1994, when he was already an acting stalwart. He made his theater debut in 1986 in the Broadway revival of Loot. His Broadway performance in A Streetcar Named Desire earned him a Tony nomination. He also has several other critically acclaimed Broadway and theater productions to his credit.

He made his TV debut with the NBC soap opera, The Doctors from 1980 to 1982. While acting in a few shows and working in theater, he also served as a narrator for a couple of seasons of Thomas the Tank Engine & Friends. He had a guest role on Friends and a recurring role on Will and Grace.

Brigitte Lacombe photographs me for STREETCAR on Broadway, 1992. More photos and new text on #NEVERTHELESSFACEBOOK https://m.facebook.com/graphsearch/str/nevertheless/keywords_top?tsid=0.5416056462726343&source=typeahead

Creating the Most Memorable Personas

Baldwin’s most memorable role to date is playing Jack Donaghy on NBC’s 30 Rock, alongside his SNL co-stars Tina Fey and Tracy Morgan. He has snagged several awards for 30 Rock and has even served as producer. He has a net worth of $65.0 million and reportedly earned $300,000 per episode of 30 Rock.

The 59-year-old is famous for his Donald Trump impersonation and has hosted SNL almost 20 times, the highest record in the show’s history. He also hosted the Oscars in 2010 with Steve Martin, his co-star from the movie It’s Complicated.

On the big screen, his role in A Hunt for Red October got him critical acclaim. After a few lukewarm movie performances, he appeared in Pearl Harbor, the highest-grossing film of his career, which earned him an Oscar nomination. He later appeared in The Aviator and The Departed.

Me and I at Wolffer…

The prolific actor began dating Kim Basinger, after they acted together in The Marrying Man (1990). The couple got married in 1993 and divorced in 2002; they have a daughter, Ireland, who’s a 21-year-old model. In his memoir, A Promise to Ourselves: A Journey Through Fatherhood and Divorce, he said that Basinger attempted to deny him access to their daughter after they separated in 2000. He claims to have spent millions in a contentious custody battle to stay in his daughter’s life.

After seven years of these issues, his relationship with Ireland reached a breaking point. Baldwin once left an angry voicemail for his then 11-year-old daughter, calling her a “rude, thoughtless little pig.” The voicemail was leaked to the media despite laws prohibiting publishing content involving a minor without the approval of their parents. Baldwin not only apologized, he also admitted that he contemplated suicide after the tape was leaked.

Baldwin has since moved on. He’s now married to a yoga instructor named Hilaria Thomas. They have three children together— daughter Carmen (born 2013) and sons, Rafael (born 2015) and Leonardo (born 2016). Future actress, Carmen also has her Trump impersonation down! Baldwin and Thomas celebrated their fifth wedding anniversary on June 30 this year by renewing their vows with their children.

It's Saturday! Season finale of @nbcsnl …sound up ?

Roast for One Night Only

On July 9, Tracy Morgan, Jane Krakowski, Robert De Niro, Julianne Moore, Kate McKinnon, and Jack McBrayer roasted Alec Baldwin in a tribute befitting the actor for One Night Only: Alec Baldwin on Spike TV. Even former President Bill Clinton was there to tell the actor to run for president.

Ireland Baldwin joined her uncles, Daniel and William to roast her father, indicating the past is in the past (just in case her Instagram post from July 2015 wasn’t clear). The youngest Baldwin brother and the only Trump supporter in the family, Stephen, skipped the event because “He’s on guard duty at Trump tower” as the brothers jokingly put it. Political views aside, Alec joked to Stephen’s daughter that although they disagree on various issues ranging from the president and healthcare to shape of the earth, they’re still one family.

Real men can take a joke…tune into @spiketv tonight to watch some laughter, tears, cuteness…and some serious roasting of Señor Baldwin! @caseypattersontv #onenightonly