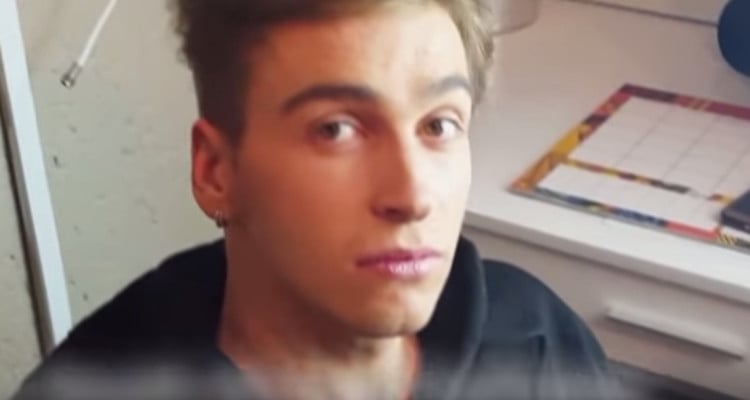 “Justin Bieber’s” look alike strolled through a mall in South Africa and created a human wave pool! Since then, Aidan Atcheson’s YouTube video has gone viral, making him a star practically overnight! If you want to know all about Atcheson and his prank at the mall, keep reading our Aidan Atcheson wiki.

Atcheson is a 20-year-old, South African up and coming actor, who graduated from Waterstone College in Johannesburg in 2009. As a self-proclaimed “Belieber,” Atcheson wanted to grab Justin Bieber’s attention in a big way. He had planned this whole stunt a year ago, and it took a lot of help from his sly friends, too! After being told that he looked like the Biebs, Atcheson made sure he transformed into “Bieber” by imitating his clothes, style, and swagger.  He even had a couple of fake “bodyguards” (his friends, Angelo and Orton) stay close to him while he cruised around the mall. Atcheson went the extra mile with his Bieber disguise, painting on the exact tattoos the real Bieber has on his body! You have to give it to Justin Bieber’s look alike for pulling it off though, right?

They Never Knew What Hit Them

So, how did Atcheson plan it all out? He claims people have been telling him he looks like Justin Bieber for over a year, which made his slick mind think up this plan to dress up like Bieber and peruse around the mall. He made sure he had the following things ready for a fool-proof plan; Two bodyguards, artists for his tattoos, some fake “Beliebers,” a cameraman, a few fake paparazzis, some shades, and a Purpose Wold Tour sweater. (And don’t forget the Yeezys, we all know the real Biebs is never spotted without them!)

So, all dressed up for the part, Atcheson and his “Posse” drove down to the mall to “catch some fresh fools.” In the video posted by Atcheson, it’s clear that he starts receiving attention almost immediately. He enters through the parking lot with his hood up and head down, and people in the mall start frantically following him with whatever photographing devices they had!

The word spread through the mall like wildfire, and everyone started gathering around the three boys. Girls were squealing his name, and one guy even claims he even saw his face. People were shouting out things like, “Justin you are amazing,” “Can I get tickets to your show?” and “I Love You, Justin!”

After a while, the entire mall looked like nothing less than a Bieber concert, with girls hooting and skipping with excitement to have seen The Biebs! Another guy was shaking to no end, repeatedly shouting, “I touched Justin!!” Poor guy, imagine his reaction when he found out later it was all a prank!

And all of this happened just a day before the Bieber concert in South Africa, so it extra believable! Hats off to you Atcheson!!

We can only imagine what his social media score would look like after this stunt, but it looks like Atcheson just keep increasing in online fame! Atcheson’s Instagram posts are private, but he has gained a good number of followers. Atcheson also has a Facebook page, and you can add him to stay updated on his life…or his next pranks! He is already a YouTube sensation, thanks to that phenomenal prank video that had Beliebers everywhere cringing. At last check, Atcheson’s Bieber video has 807k views and counting.

Aidan Atcheson’s stardom is on the rise, and we will surely see more of the “con-man” on social media soon. His Facebook page also mentions he likes the musician Lexy Panterra. Let’s hope she’s not next!