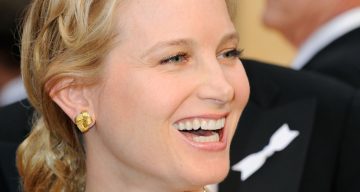 Hollywood legend Peter Fonda passed away on August 16, 2019, due to respiratory failure caused by lung cancer. He died in his Los Angeles home, and fans are wondering how his family is handling it, especially his actress daughter. Where is Bridget Fonda now? The Fonda princess surely lived up to everyone’s expectations during the ’90s, but why did she retire? Who is in Bridget Fonda’s family tree and where is Bridget Fonda today? Find out all that and more about the famous Bridget Fonda, right here!

Bridget Fonda has a legendary history with Hollywood. Her name is not just a famous one, but also considered iconic. And it is indeed, with her relatives being Henry Fonda and the stunning Jane Fonda! With names like these as her predecessors, it’s no surprise Bridget made her way into the world of acting, as well. Bridget Fonda is an actress, well-known for some inspiring roles in Tinseltown. Fonda started off with some romantic comedies and slowly snuck her way into being taken more seriously, especially after her small role in The Godfather: Part III. Fonda was a loved actress during her active years in the movie industry, and we definitely miss her on our screens today. For all the fans who want to know about Bridget Fonda’s husband Danny, son Oliver, and where Bridget Fonda is now, here’s everything you need to know in our Bridget Fonda wiki.

Bridget Fonda hails from a family full of Hollywood A-list actors and icons, like Jane Fonda and Henry Fonda. She was born to Peter Fonda and Susan Brewer on January 27, 1964, making Bridget Fonda 55 years young! Fonda was born in L.A, California, with Hollywood in her veins and an acting career laid before her by her iconic relatives. Here’s a fun Fonda family tree, for those who want to know who she is related to!

Fonda was named after Bridget Hayward, who is the daughter of actress Margaret Sullavan. She started her acting career when she was 23 years old with a very small role in the erotic movie, Aria. She managed to steal hearts by playing a teenage girl who kills herself, along with her boyfriend, in one of the short films. The role gained the honey-haired actress a keen audience, which led her to more intensive films, eventually earning her a reputation of an actress with the potential to rock the screens. After a successful start, Fonda’s movies took center stage, and starred in movies like Single White Female, Lake Placid, Kiss of the Dragon, Jackie Brown and Shag, to name a few. Fonda worked with some well-known directors like Quentin Tarantino, Francis Ford Coppola and Simon Wells, giving them the due credit for her Hollywood success. 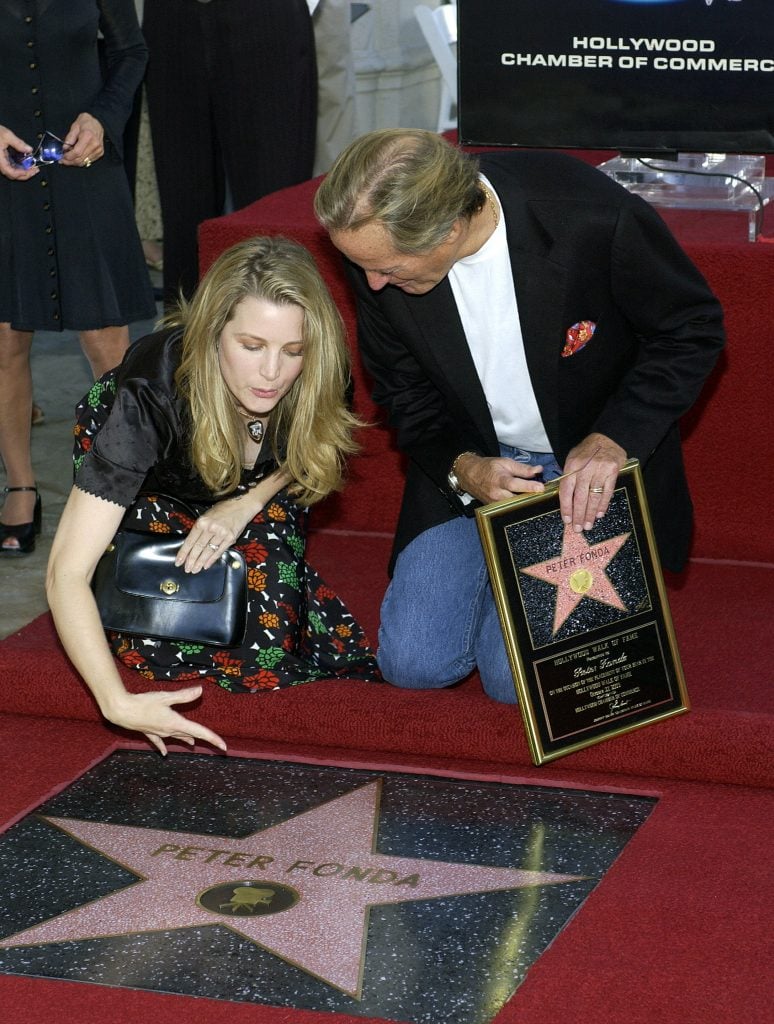 Bridget Fonda’s husband, Daniel Robert “Danny” Elfman is a music composer, singer, and songwriter. He was born on May 29, 1953, making Danny Elfman’s age 66. Danny is also famous for being known as the lead singer of the band, Oingo Boingo, from 1974-1995. We know Danny for his eerie musical collaborations with Tim Burton, as he says, “I wouldn’t have a career if not for Tim and Pee-Wee’s Big Adventure.” The two have worked together on 16 movies including, Batman, Alice in Wonderland, Charlie and the Chocolate Factory and the fan-favorite, Beetlejuice, to name a few. Elfman got the show on the road at the Lincoln Center Festival in 2105 by evoking his Tim Burton melodies.

Elfman had a good relationship with his father-in-law, and left a heartfelt tribute to him on Instagram: “As some of you may have heard my father-in-law, Peter Fonda, passed away a few days ago. He was, quite simply, one-of-a-kind… and then some. An absolutely unique individual. We spent a lot of time talking about a subject he truly loved: films and film-making. He was full of passion and full of stories. Great ones. I will miss him.”

As some of you may have heard my father-in-law, Peter Fonda, passed away a few days ago. He was, quite simply, one-of-a-kind… and then some. An absolutely unique individual. We spent a lot of time talking about a subject he truly loved: films and filmmaking. He was full of passion and full of stories. Great ones. I will miss him.

Previously, Fonda dated Eric Stoltz in 1990, but they broke up after eight years, at which point, she then met Danny Elfman. She suffered a car crash in L.A. in 2003 that fractured her vertebrae, but despite this news, Fonda announced her engagement to Elfman the very next month! Fonda and Elfman have been together for 16 years now, and have a son named Oliver Elfman. Danny says he is a ‘Cynicologist,’ and that he has been an atheist since he was 11 or 12 years old. 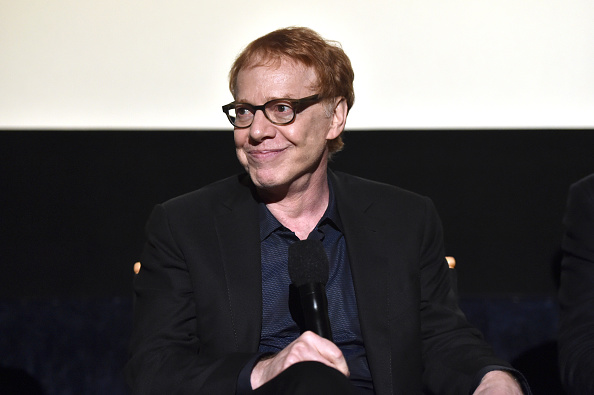 She Had Her First Child When She Was 41

Bridget Fonda gave birth to son Oliver Elfman in mid-January 2005, after two years of marriage to Danny Elfman. Oliver, now 14 years old, is rarely seen in the eyes of the media, but is photographed at red carpet events with his father. Though we see very little of Oliver in the media, he is after all just a kid; here’s hoping he will grow to become just as wise and talented as his famous parents! We’ll just have to wait and see what Oliver does with the treasure troves on both sides of his family; he might just surprise us all with his talent one day!

Fonda is also the stepmother of Elfman’s daughters Mali, 35, and Lola, 40, from a previous relationship.

Where Is Bridget Fonda Today?

Fonda retired from her movie career to start a family of her own with Danny Elfman. She may have retired early with her last lead role in Kiss of the Dragon starring Jet Li, but she is not regretting it. So, if everyone’s wondering what the ex-Hollywood A-lister is doing today after her retirement from the big screen, Fonda recently splurged some green on a new home in California! It was reported that Fonda and Elfman spent a whopping $3.6 million for their brand-new, state-of-the-art, four-bedroom home in L.A.! The home is reportedly a 4,443 sq. ft. prairie-style residence, with four bedrooms and five bathrooms, a beautiful lawn, and a perfect location. It’s a given that Fonda is still focusing on her family, supporting Elfman, and raising their son Oliver. Maybe that’s why she’s living the good life, and enjoying it with those she loves most! She has never used social media, and doesn’t have any official accounts on Facebook.

Her Father Passed Away in August 2019

Bridget herself has not yet commented publicly on the death of her father. But the Fonda family released a joint statement shortly after his passing on August 16, 2019:

“It is with deep sorrow that we share the news that Peter Fonda has passed away. [Peter] passed away peacefully on Friday morning, August 16 at 11:05 a.m. at his home in Los Angeles surrounded by family. The official cause of death was respiratory failure due to lung cancer. In one of the saddest moments of our lives, we are not able to find the appropriate words to express the pain in our hearts. As we grieve, we ask that you respect our privacy. And, while we mourn the loss of this sweet and gracious man, we also wish for all to celebrate his indomitable spirit and love of life. In honor of Peter, please raise a glass to freedom.”

Here’s wishing Bridget Fonda a great life, and hope she makes a come back into movies, at least for the fans. We miss you, Bridg!