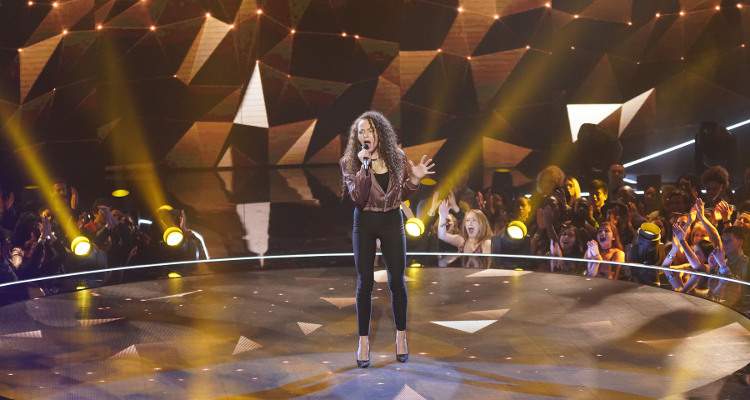 The Four: Battle for Stardom kicked off to a great start, and one contestant who advanced into the next round is Cheyenne Elliott. On The Four,  it was revealed that she comes from a very strong background. If you want to know more about this potential winner, take a look at our Cheyenne Elliott wiki.

The last three contestants to be eliminated on The Four: Battle for Stardom were Stevie Brock, Cocoa Sarai, and Kayla Ember, allowing Candice Boyd, Jason Warrior, and Cheyenne Elliott to advance to the next round.

Elliott beautifully performed her rendition of “Wings” by Little Mix, which ultimately earned her the right to challenge Lex Lu, and sung, “Too Good at Goodbyes” by Sam Smith. She has not failed to impress the judges and, as the season progresses, fans want to know more about Cheyenne Elliott.

Cheyenne Elliott’s age is 23, and she is from New York, about which she said, “I’ve lived in New York for most of my life, and I love it. I feel like there’s no place that I’d rather live on the East Coast. New York – this is the place to be. I absolutely adore New York.”

The young singer is the daughter of Lisa Gressett, who is also her manager, a nurse, and professor of psychology. Singer Dionne Warwick, who is also a United Nations Global Ambassador for the Food and Agriculture Organization, is Cheyenne Elliott’s grandmother. But her connection to music greats does not end there! Her cousin is the late, great Whitney Houston.

Also Read: Jason on “The Four:” Jason Warrior Brings the Heat to “The Four”

At the age of nine, Elliott started singing in public thanks to her grandmother. Talking about being surrounded by well-renowned artists, she explained:

“My grandmother has given me so many opportunities that I’m so thankful for. She started bringing me out on tour with her when I was just 12 years old. You know, that’s a really young age to be touring around the world. So summers that I had free from school, when everyone else was in camp or home, I was in Europe, I was in Asia. It was amazing. That’s what I did for my summer vacations. Coming back home from that, I found a great balance from that celebrity, in the camera lifestyle and then being at home. We have a very good family unit, so I never felt uncomfortable with anything. It’s been great growing up with such positive role models as my grandmother. She’s amazing.”

Happiest of Birthdays to the one and only @cheyenne_elliott We hope you have an amazing day!! ? ? #showusyourHF #cheyenneelliott

Aside from singing, the young star will soon have an acting credit to her name, with a minor role in a horror film to be released later this year. Elliott is also involved in the fight against HIV/AIDS, for which she performed at Life Ball in Vienna, Austria. She also supports various other causes related to the LGBTQ community, Wounded Warrior Project, and education.