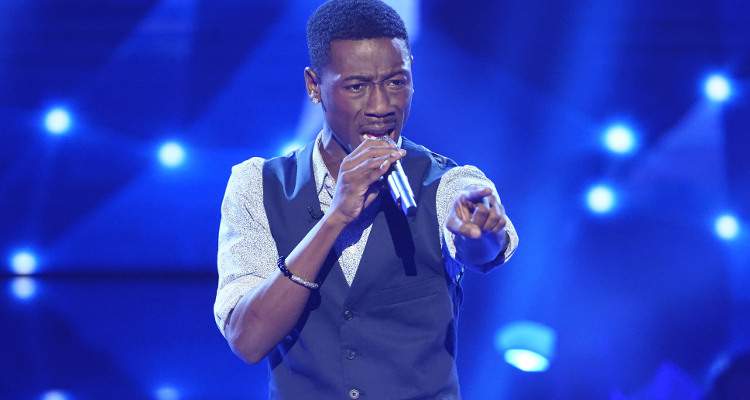 Jason Warrior came on Fox’s The Four: Battle for Stardom and turned up the heat! But for a lot of people, his talent is not unfamiliar. Was Jason Warrior on The Voice? That’s probably where you remember him from.

Fox premiered its unique singing competition, The Four: Battle for Stardom in 2018 and is set to find the next singing sensation. Hosted by Fergie and boasting a power-packed judging panel of Sean Combs, DJ Khaled, Meghan Trainor, and Charlie Walk, The Four got intense from the get-go. Jason Warrior stepped on stage and dazzled with his voice. We might be looking at the potential competition winner here! Find out everything about this rising star, right here in our Jason Warrior wiki.

He Performed for Bill Clinton!

The Illinois native grew up in Oak Lawn, Chicago where he went to Harold L. Richards High School. He says his last name truly describes who he is. Growing up, drug dealers and fights were a common sight in his neighborhood. His own dad was in and out of jail often.

Warrior’s singing talent was recognized when he was a teen. At the time, he was part of the famous gospel group, Walt Whitman and the Soul Children of Chicago. With the group, he performed all over the world and even for former president, Bill Clinton!

He and his younger brothers were living with his mother and stepdad. He didn’t have a car, which made it very difficult to travel to his various gigs. He watched tutorials online to improve his singing and all of his hard work certainly shows.

He was on The Voice

Jason Warrior is not a new face for a lot of people. In fact, a lot of people might remember him for his time on NBC’s The Voice. He tried out for The Voice back in 2014 but didn’t get called for the Blind Audition until two years later.

With a breathtaking performance of Stevie Wonder’s “Living for the City” at the season 11 Blind Auditions, he won a spot on Alicia Keys’ team. Throughout his time on the show, he survived near elimination after being stolen by other coaches.

He lost the Battle Round to Christian Cuevas, and Adam Levine swooped in to steal him onto his team. After losing to Riley Elmore in the Knockout Round, Blake Shelton stole him. However, he didn’t get enough votes in the Live Playoffs, and Coach Blake chose Courtney Harrell over him. While on The Voice, he prepared by learning 10 songs a day.

He Has a Production Company

After high school, Warrior went to Northern Illinois University on a theater scholarship but eventually dropped out. He was performing in bars around the college and back in Chicago to make some money.

Since his stint on The Voice, Warrior has been working as an assistant speech coach at Dwight D. Eisenhower High School in Illinois. Besides working with the kids in the Cardinal Speech Team, he also has his own production company called Dramatic Studios, which he started in his college dorm room.

Through his production entity, he created a 20-episode web series called The Truth, about young people going through various difficulties. You can watch the entire series on Dramatic Studios’ YouTube channel here.

As for his new stint on The Four? After beating out Saeed (probably the biggest vocal talent currently in the competition), Jason Warrior has taken his spot, earning himself a seat among The Four. It was a tough decision to be made by the audience, but there’s no denying that whoever Jason Warrior was chosen to challenge last night had a good chance of losing their seat! Are you ready for some chills? Check out Jason’s awe-inspiring performance below. (Even John Legend himself would be proud!)