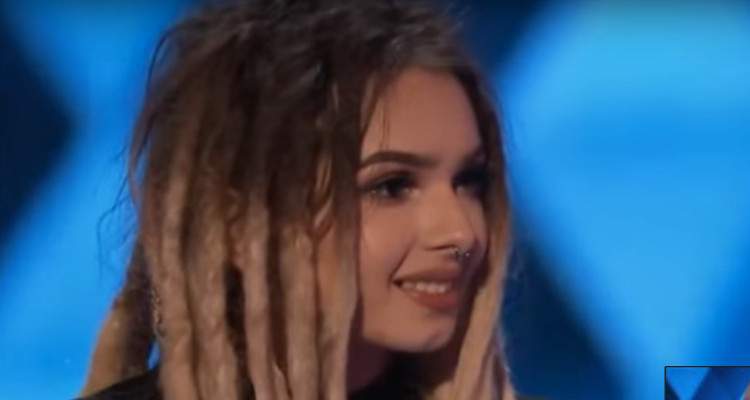 When 16-year-old Zhavia walked out onto the stage of The Four, the first thing everybody noticed was her dreadlocks. However, once she started singing, people realized that she has a stunning voice. The judges called her a future star while appreciating the cool R&B and soul vibe she brings to her singing. With Zhavia’s mother as her biggest cheerleader, the singer is determined to win the competition despite the other talent in the fray.

Zhavia is just 16 years old but already a teen sensation thanks to her fantastic performance on the reality show, The Four: Battle for Stardom. The show is currently being aired on Fox and premiered on January 4, 2018. It is based on an Israeli format, The Final Four.

One of the challengers is a young and pretty girl with dreadlocks named  Zhavia. She sang “Location,” originally by Khalid, and totally blew away the judges with her rendition. So much so that DJ Khaled said, “You look, move like, and sound like, a young icon.”

Another judge on The Four, music executive Charlie Walk, exclaimed, “I think I heard the future tonight.”

So, who is this mystery girl that has impressed everybody with just two performances so far? We’ve got some details about her from Zhavia’s wiki, so keep reading to know more!

There is no information on Zhavia’s full name. She calls herself “a 16-year-old singer/songwriter from LA.” Although there is no mention of any genres, influences, or goals, her management company describes her as an “R&B/soul singer.”

Since no one wanna take nice photos of me ????

The young singer is managed by OC Hit Factory, which recently became a subsidiary record company of Sony Music Group.

Everybody notices Zhavia’s dreadlocks the moment they see her. They are courtesy of her mother, Bobbi Jo Black, who runs a business called Hot Head Dreads in Los Angeles.

Doing It All for Her Mom

Zhavia has two sisters, is very close to her mother, and wants to make it big in music for her. Her dream is to buy her mom a big house and show her appreciation for all the hard work and sacrifices she made.

The 16-year-old is really focused on her music. If anybody had any doubts about her singing abilities, they were all won over by Zhavia’s second performance on the show.

She performed a cover of the song “Unforgettable” by Moroccan-American rapper French Montana, and brought the house down with her artistry.

Zhavia’s mom, along with her entire family, is behind her and encouraging her to sing her best so that she can win the show.

A Hunger for Stardom

When asked how badly she wanted to win, she replied, “On a scale of one to 10 of how much I want this, I would say 100 million.”

With that kind of hunger, it is easy to see why the judges and audience are sold on this young girl from Los Angeles. However, there are a lot of challengers in this competition, so winning won’t be easy!

The young singer is pretty, and those of you who want to check out her cool pictures should head over to Zhavia’s Instagram account. It has pictures of Zhavia on The Four, spending time with her family and friends, her idols like Post Malone, and nature. There are also some stunning black and white pics of Zhavia that show her posing with the ease of an experienced model.

With youth on her side, a family to encourage her, and a talent that shines through, Zhavia is all set to be a star.