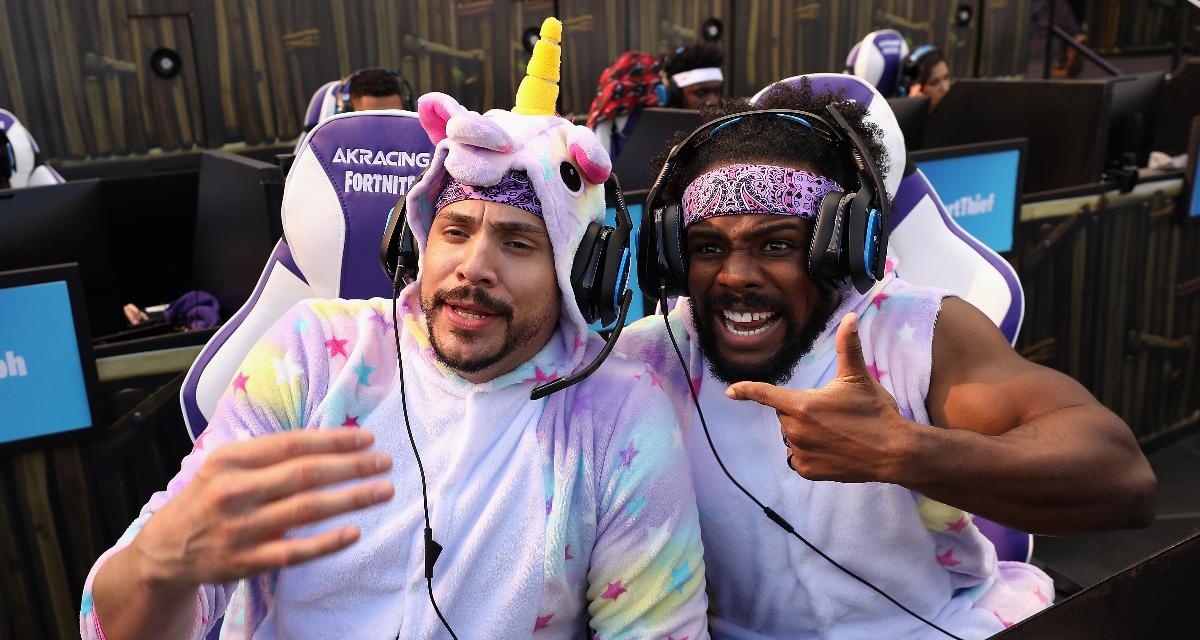 Gamer 'CDNthe3rd' and WWE Xavier Woods pose together during the Epic Games Fortnite E3 Tournament at the Banc of California Stadium on June 12, 2018 in Los Angeles, California. (Photo by Christian Petersen/Getty Images)

Gaming world’s CDNThe3rd, age 22, is one pro gamer you need to watch out for. The man is not joking when he says he makes thousands playing games online! Who is CDNThe3rd? Find out all about this fun personality, like CDNThe3rd’s real name and where he lives, right here!

Some people use gaming for relaxing, and then there’s CDNThe3rd! He has been a professional gamer for years now and has gained a lot of followers on YouTube, as well.

Keep reading to know more about the gamer’s background with details from CDNThe3rd’s wiki.

CDNThe3rd’s real name is Caesar Noriega. The 22-year-old hails from New Jersey, which is also where he lives.

Noriega is half Ecuadorian and Puerto Rican and grew up in the United States. He was raised by his single mother and has three sisters, who he calls the most annoying people in the world. There seems to be no vital information on his father.

CDNThe3rd’s mother raised her four kids by putting in 70 to 80 hours a week of work to support them.

Being a gamer comes with its own pros and cons. And whether or not sleeping for only 25 minutes a day is good or bad, CDNThe3rd is happy with that much sleep!

Also Read: Sodapoppin Banned from Twitch! Find Out Why!

Putting in 40+ hours a week into gaming is a piece of cake for CDNThe3rd. And he loves what he does for a living! (Who wouldn’t!)

The pro gamer has played many genres of online games including Fortnite, H1Z1: King of the Kill, and many more.

Back in 2010, CDNThe3rd, who was just a couple of years into pro gaming, had already won more than $10,000 playing and winning online.

CDNThe3rd has also appeared on the reality TV show, WCG Ultimate Gamer, which aired on Syfy. His specialty as a shooter was very helpful while playing and came third in the contest.

While on the show, CDNThe3rd, along with fellow player Ryan Burnett, won a Nintendo prize package, a copy of WWE Smackdown vs. RAW 2011, and a WCG Ultimate Championship belt. Talk about playing for a living!

CDNThe3rd’s competitors like Ninja, who play at many conventions like him, are also becoming worldwide sensations in gaming.

Also Read: Ninja’s Net Worth! How Rich Is the Best Gamer in the World?

While there are a lot of sources claiming that CDNThe3rd is married to a woman named Christina, there is no solid proof of that.

However, the gamer posted a picture of a woman on Facebook, calling her his “future baby mama.” And considering he also called her “his queen,” it’s safe to say that he loves her a great deal.

My future baby mama. Love you.

After digging around a little and finding a ring on “that” finger, it’s probably safe to say that CDNThe3rd is married or engaged. But who his “queen” is, is still a mystery—the guy is very private about his life outside of gaming!

Rosie Noriega, who is friends with CDNThe3rd on Facebook, also posted about having a great time with him and Christina. So, we’re thinking she must be his mystery woman.

CDNThe3rd’s Twitch channel has also received a lot of love from his fans, who follow him on all gaming platforms. Meanwhile, CDNThe3rd’s YouTube channel alone has over 900k followers, putting him on every video game lover’s radar!

The gamer goes by the name Ceez [+] on Twitter and has garnered over 180k followers there. He updates his fans about his whereabouts and where they can watch him next on all social media platforms.

Did you know that CDNThe3rd supports vegans? His Twitter bio has a hashtag to support the same, and we just love it!