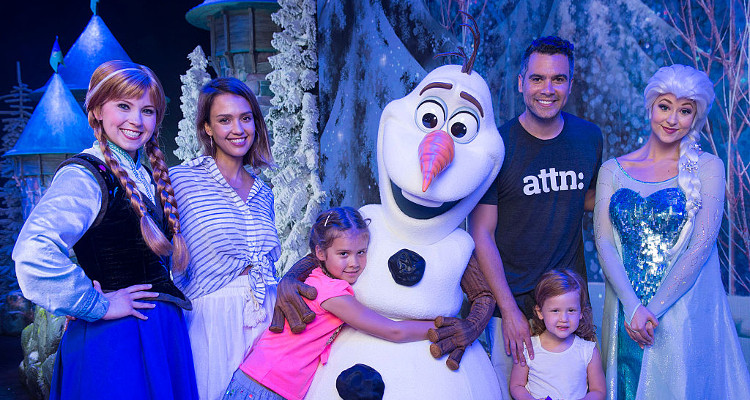 If you follow Jessica Alba on Twitter or Instagram, then you may have noticed some strangely inappropriate and racist content posted on her accounts in late July 2019. The now-deleted content was apparently posted by hackers. As upsetting as it was for a lot of people—including Alba herself—it probably helps that she has an extremely supportive and understanding husband in Cash Warren. Who exactly is Jessica Alba’s husband and what does he do for a living? Read our Cash Warren wiki to find out everything you need to know about him.

Despite all of the recent controversy surrounding her social media presence, Jessica Alba and Cash Warren still have it all—a perfect marriage, adorable kids, and great careers. Of course, it helps to have an amazing social media management team along with a supportive and loving husband on your side! To celebrate the doting spouse and three-time dad, we’ve compiled everything about Jessica Alba’s husband, including Cash Warren’s net worth, parents, and more in our Cash Warren wiki.

#1. His Father Is Famous

Cash Warren has a very famous father. Celebrated African-American actor, Michael Warren best known for Hill Street Blues, has two sons and daughters from different relationships. Cash is the only child of Michael with Sue Narramore. He was born on January 10, 1979 in Los Angeles, California. He went Crossroads School in Santa Monica, where Kate Hudson was his classmate.

Cash, a basketball lover, won the state championship in his high school senior year and was teammates with NBA All-Star, Baron Davis. He went to Yale University, where he played basketball. Interestingly, Michael Warren himself was a great college basketball player in UCLA who was inducted into the NCAA Hall of Fame.

About last night. Pleased to report I tied my bow tie all by myself…kind of a big deal. And my lovely wife thought I looked handsome…until I annoyed her and then she didn't. Can't win 'em all! @jessicaalba

After graduating from Yale, Warren went on to build a media empire. The film producer is co-owner of Verso Entertainment. In his own words, “Verso creates, develops, produces, packages, and finances content for all platforms, whether that’s film, TV or digital. We tell stories that appeal to young demographics while still having enough substance and credibility to entertain adults.”

He’s worked on documentaries and movies like Being Terry Kennedy, Crips and Bloods: Made in America, Taxi, and Meet the Keswanis. He reportedly has a net worth of $10.0 million, still short of his wife’s alleged $350.0 million. But not everybody can be married to one of the richest self-made women in America!

#3. They Met While Filming Fantastic Four

Warren and Alba met on set of Fantastic Four in 2004 and hit it off. They were dating for three years when they announced in 2007 that they were expecting their first child together! A few weeks later, Alba was spotted with an engagement ring on her finger. They tied the knot in 2008 in a hush-hush courthouse ceremony.

Alba posted a picture of Honor and Haven beaming as they held their baby brother in their arms:

The picture is captioned: “#mybabies💞💞💞 thank you my @cash_warren for our beautiful family #grateful #purelove #momlife.”

#4. He Doesn’t See Himself as a Celebrity

When Honor was born, the newly-married Cash Warren wasn’t bothered by the paparazzi. Though the 40-year-old’s wife always has photographers on her trail, he doesn’t think he’s a figure worth a paparazzi following. That doesn’t stop him from worrying about his kids, though.

“I can go to work and no one follows me. Unfortunately the laws pertaining to photographing children in this country are so undefined, that’s something I wish would change.” That’s probably why he’s glad he was born in a generation that didn’t grow up with social media and camera phones!

Other lesser known facts shared by Warren include a few random skills, like speaking French, which he supposedly did while proposing to Alba! He washes his car more times a year than the three showers he takes in a day. His mother lives in France, and he had a rap group with songwriter, Beau Dozier, which somehow didn’t become a thing. And he loves sports! So much so that he’d let Honor and Haven paint his nails just so they’d let him watch sports in peace!

Judging by his Instagram, which is full of cute family photos and loving odes to his wife, it’s obvious that Warren is an amazing husband and father.

So thankful for this gang of amazing, powerful, intelligent, beautiful, strong, funny, kind, compassionate and caring women. They are the backbone of this family and we’d be nothing without them ❤️❤️ “a woman needs a man like a fish needs a bicycle” ❤️❤️#internationalwomensday

We wish him and his adorable family nothing but everlasting love, happiness, and future success.

11 years ago … we were laying in bed having one of those amazing lazy mornings where we we’d do nothing. You were 9 months pregnant with Honor and we were so excited to meet her in the coming weeks. Not sure who thought of it first but the decision we made that day would forever change the course of our lives. We hopped up, got dressed and drove straight to the courthouse. Prior to that day, neither of us thought marriage was important…it felt outdated and we weren’t going to fall for an antiquated social construction. But something changed in us that morning. It wasn’t the dream wedding you deserved, in fact, it was laughably awkward. Standing under an arch of dusty plastic flowers in the courthouse chapel, we held hands and said I Do. No friends or family in attendance…just you, me and the courthouse employee who served as our witness. We walked out holding hands, giggling with excitement and a touch of nervousness. I remember opening the car door for you and as you climbed in, calling you Mrs Warren for the first time. 11 years and 3 kids later, we’re still learning, growing, giggling and loving … here’s to a lifetime of pushing each other to be the best versions of ourselves and catching each other when we fall. Happy Anniversary Mrs Warren!