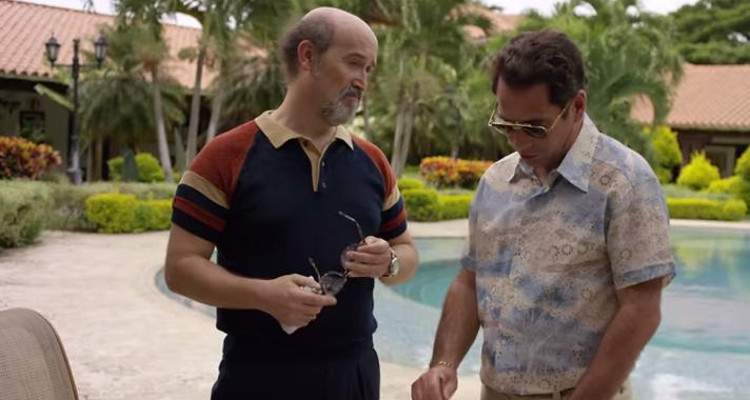 Narcos season 3 has been available on Netflix for less than a week, and people still cannot stop talking about it. There is not a single scene that did not have people glued to their screens. While we watch the drug lords make their money, we never really think about who manages those boat-loads of cash.

Everybody is talking about the Cali Cartel! Thanks to Netflix, we can re-live the drama, scandal, secrets, and murders of the late ’70s to ’90s. What happened to the billions that the Cali Cartel collected? Well, it was handled by the Cali Cartel accountant, of course! Like any good organization would, the cartel had two people who managed their money. One of them was Guillermo Pallomari. Learn more from Pallomari’s wiki right here.

Guillermo Pallomari was a Chilean accountant who worked for the Cali Cartel. He was considered the mastermind behind their cash, and maintained ledgers dripped with billions! He managed the accounts for Miguel Rodriguez Orejuela, a Cali leader, and was widely known as Rigar. He was from Chile but a resident of Colombia. In Narcos Pallomari is played by Javier Camra, who was practically made for the role. Pallomari wasn’t a dangerous guy like most of the people we’ve seen, but his mind worked as fast as the cartel’s bullets.

The accountant made sure that nobody else but Franklin Jurado and himself could decipher his notes. They were the only finance team of the Cali Cartel, and probably knew more about them than anyone else. The cash that came in and where the stashes were hidden, were monitored by the accountants. They took care of all things money, including what was funnelled into political campaigns, and kept it under the radar.

It was in ‘94 when Colombia got a new president, Ernesto Samper. As expected, the Cali Cartel was behind a lot of what went down, and it is alleged that Samper winning was because of the notorious cartel.Not to mention that Samper himself was from a very influential family background. In the news that year, it was said that Pallomari told officials that Miguel and Gilberto Orejuela hosted the president elect when he visited Cali just before voting. It is said that in that meeting the Cali Cartel, he hatched a plan in which they would surrender to the CNP in return for lighter sentences. Samper repeatedly denied that drug money was used in his campaign, but the cartel was arrested and sentenced to only five years (less than a quarter of the minimum  punishment) in prison.

Jorge Salcedo was the double-crosser who worked from inside the Cali Cartel. He was then promoted to head of security for cocaine by Miguel Orejuela. He leaked information to the DEA and hated the Cali Cartel, which was worried about Pallomari and his ledgers that contained details of bribes, business deals, and under the table transactions after the raid where Miguel Orejuela disappeared. Salcedo pretended to order an assassination of the accountant, and told Pallomari that he would be captured and die in jail if he did not cooperate. But the accountant saw too much deceit, and did not believe Salcedo, so he went into hiding. After Miguel was captured, Salcedo made sure his family and Pallomari were in the safe custody of the U.S. government.

#5. Confessions of a Drug Accountant

Guillermo Pallomari recounted the transactions of the cartel and in July 1997, told Miami Court about all the money laundering crimes. He was specific about Ernesto Samper’s case, which opened a new can of worms. His statements corresponded with most of Samper’s close associates, and the U.S. government took away its assistance to the Colombian president, and banned him from entering the U.S.