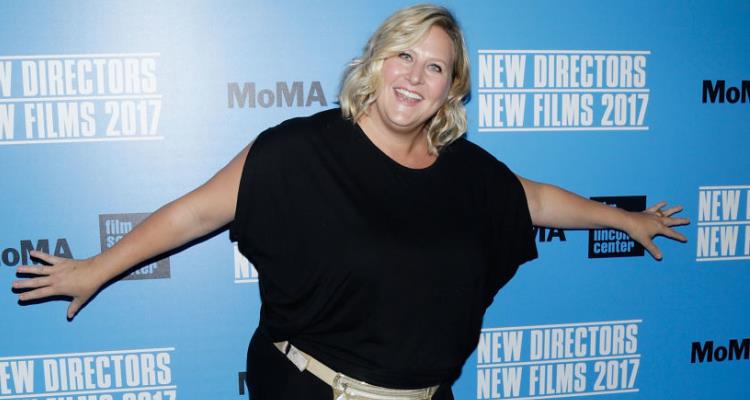 If you’re an Amy Schumer fan, then you will want to know more about her friend, comedian Bridget Everett. She’s been in the background of Schumer’s work, but now she’s stepping out into a series of projects and one of them is coming up sooner than you think! To learn more, take a look at our Bridget Everett wiki.

Bridget Everett’s age is 45 and she was born on April 21, 1972 in Manhattan, Kansas. She’s stands at six feet tall and she’s also a classically trained singer, known for using her breasts as props. She also has a habit of sitting on people’s faces (yes, you read that correctly) as part of her comedy routine, and she currently lives in New York City. She has appeared in shows such as Inside Amy Schumer, 2 Broke Girls, and appeared in a cameo in the first Sex and the City movie as a hung over personal assistant candidate to Carrie Bradshaw.

There appears to be no sign of Bridget Everett’s boyfriend, but that’s just fine, because New York is one of the best cities to be single in—or so they say. But she has mentioned to Out magazine that one of her must-haves on an ideal dinner is “a moonlit beach with Idris Elba.” We can’t argue with that—who doesn’t love Idris? There’s also no information on Bridget Everett’s family (except for her dog, Poppy), but we can only imagine how similar they are to her personality. Or is she completely different from them? There’s often a black sheep in the family…

In an interview with Vogue, Everett explains how she met the Snatched star and how their friendship started.

“That’s what’s kept us together,” Everett told Vogue. “No, we met at a comedy festival up in Montreal and I sort of, like, hang back in my room during those sorts of situations because there are so many comics and so many people and it can be a little overwhelming. And Amy was like, ‘Get out of your room, come down, let’s have some chardonnay, walk around, and say hello to people.’ I wasn’t always like that but it seems like the wilder and more outrageous my stage persona becomes, the more withdrawn and reserved I become in real life. I just think just takes so much out of me on stage, so when I’m not on stage, I like to sit at home with some Rombauer and my dog Poppy.” Sounds like the perfect evening in!

Bowing down at the alter of Attell

The cabaret-comedian has 68.6k followers, so she’s doing something right! And we’re not surprised at all that majority of Bridget Everett’s pics are of her giant breasts! They’re everywhere and they’ve been a prop in her act for the longest time.

Meet and greet down under. SYDNEY: one more chance to see me this Thursday night at Max Watts. Tell your buddies!

What’s Next for Bridget Everett?

Everett has had a busy year! She recently starred in the comedy film Patti Cake$ and later on tonight, she will be a guest on Jimmy Fallon, along with Jeremy Renner and French Montana. Her newest comedy, Fun Mom Dinner, hits theaters on Friday August 4 and it also stars Toni Collette, Adam Levine, and Molly Shannon. Everett is one of four moms that lets loose one night without their kids, and naturally, it ends up being a night of comedy. She plays Melanie, “a volunteer ‘traffic safety person’ at her kids’ preschool, who takes the job as seriously as Sargent Hulka in Stripes.