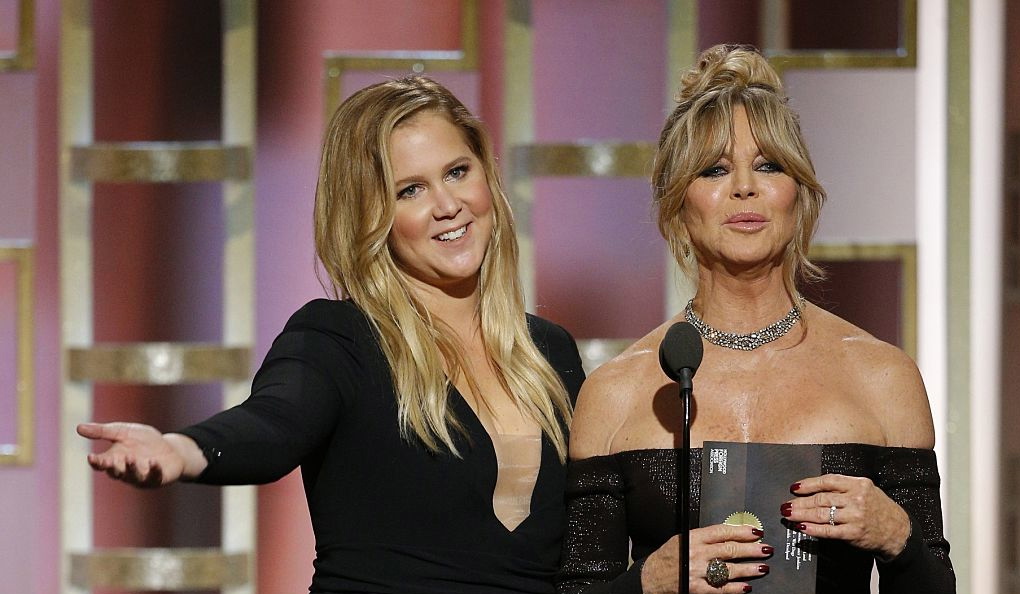 Have you been to Amy Schumer’s Instagram page lately? If you decide to take a look, you may just see yourself turning green with envy. On top of Amy Schumer’s tour, the comedian and actress is taking some much-needed time to relax with her best girlfriends on the most beautiful beach getaway!

Aside from all of Amy Schumer’s hot pics, fans can now find a video of Amy Schumer while she swims with sharks! You won’t find amy Schumer in a bikini, but she looks just as great posing in her one piece bathing suits on the beach with her girls! The Snatched star took to Instagram to put up a few posts of her all-girls vacation and went form swimming with sharks to partying on a boat. There’s no doubt in our minds that Schumer is living the good life, showing her haters that she’s not bothered by a thing! 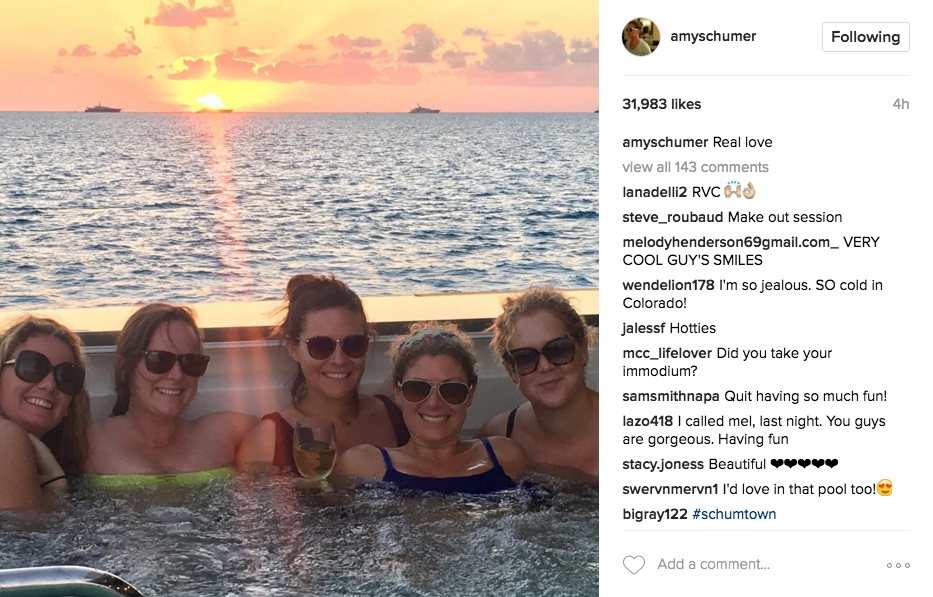 Swimming with sharks and Jess

Schumer is no stranger to partying on boats with her best girlfriends—some of which have been A-listers. The hit comedian has been on vacations with her best friend, Oscar-winning actress Jennifer Lawrence and Hollywood icons Goldie Hawn and Kate Hudson.

What does Marvel’s Iron Fist and Amy Schumer have in common? They’re both airing on Netflix in March! Schumer’s stand up special, The Leather Special, will premiere on March 7, followed by Marvel’s Iron Fist on March 17. The streaming giant has been a great place to revive cancelled shows, deliver original content and give stars another platform to reach their audience. From where we’re standing, Schumer is doing just fine and swimming with her head above water!