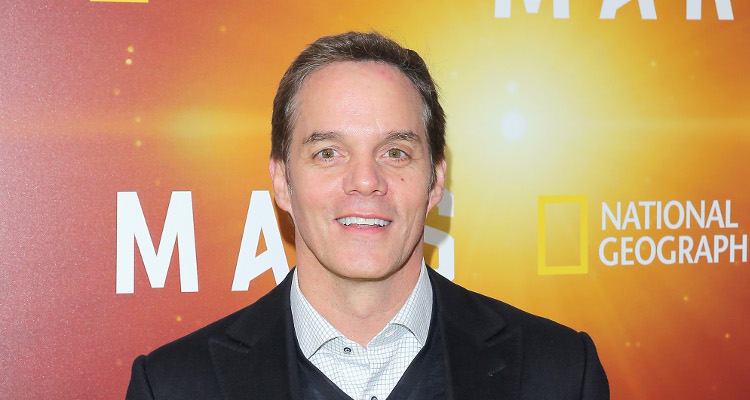 Bill Hemmer is a very famous journalist for the Fox News channel and he is the co-anchor of America’s Newsroom. Here is everything you need to know from Bill Hemmer’s wiki.

Bill graduated from Elder High School, where he and his friend began a radio program, playing music for 15 minutes before class began. He has a Bachelor of Arts in Broadcast Journalism from Miami University, located in Oxford, Ohio. During his time there, Bill became a part of the Delta Tau Delta fraternity and studied abroad at the Miami University Dolibois European Center.

A beautiful day in Washington, DC on this June 1st.

Before working for high-esteemed channels like CNN and Fox News, Bill Hemmer started off as a radio disc jockey. When he was in college, Bill interned for Mama Jazz at WMUB-FM and later WOXY-FM, which is considered to be America’s first alternative music station. From there, he accepted an internship at Cincinnati’s NBC affiliate. In the mid-‘80s, Bill found that his true passion was in live television. His dream came true during his senior year at Miami University, when he was given the opportunity to work with WLWT-TV as a sports producer. Soon afterward, he started working with WCPO-TV as the weekend sports anchor.

Also Read: Tucker Carlson Wiki: Here’s What You Need to Know about the Fox News Host

From last week on The Speaker's Balcony in Washington, DC

At the age of 26, Bill decided to take a break for a year to backpack around the world. He traveled to different countries like China, Nepal, India, Eastern Europe, Vietnam, Egypt, and Israel. During his time in India, Bill stayed in Kolkata for two weeks, working in children’s clinics run by Mother Teresa.

Bill did not waste the opportunity to write down his experiences, record tapes, and take photos to send to The Cincinnati Post, a CBS’s local affiliate. All of his work was assembled into different pieces, which was collectively called, “Bill’s Excellent Adventure.” This earned him two Emmys for Best Entertainment Program and Best Host.

A reproduction of the Declaration of Independence printed on parchment paper by Patrigraphica.

Upon his return, he went back to work with WCPO as a news reporter. Later on, Bill was offered a job at CNN, where he spent 10 good years hosting several shows like CNN Tonight, CNN Early Edition, American Morning, CNN Live Today, and CNN Morning News. Bill spent a lot of his days in dangerous places to cover wars, bombings, and mining accidents.

He then joined Fox News in 2005 working on several stories at the news desk and in the field. There, he covered the Hurricane Katrina aftermath, Iraq War, and the 2006 Israel-Lebanon crisis. He even traveled to Iraq and covered the post-Iraq War troop surge. Currently, Bill co-anchors America’s Newsroom with Martha Maccallum, which airs weekdays from 9:00 a.m. to 11:00 a.m.

Recently, there were questions of whether or not Bill Hemmer is married. We all know he has a charming personality, but does he have a lady by his side? Bill was in an eight-year relationship with model, Dara Tomanovich. The couple was often spotted together, which squashed rumors that Bill Hemmer was gay. However, his relationship with Dara did not last and they broke up in 2013.

If you take a look at Bill Hemmer’s Instagram account, you won’t find any trace of another woman in his life. Maybe the 52-year-old anchor is happy being single and is concentrating on his career?