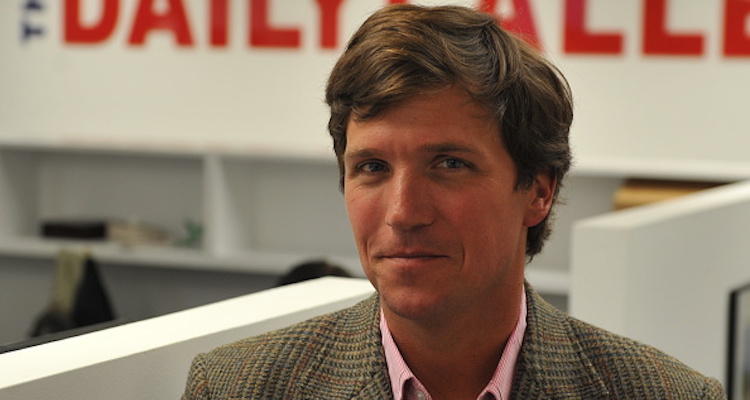 Where is Tucker Carlson going? The conservative commentator and Tucker Carlson Tonight host is going to be filling another seat at Fox around the same time Fox fans have been asking, “Who will replace Bill O’Reilly?” Get all the details here from our very own Tucker Carlson wiki.

Who is Tucker Carlson?

Tucker Carlson was born on May 16, 1969 and his age is 47. He was born in San Francisco, California and has been with his wife, Susan Andrews, since 1991. They have four children together: Dorothy, Buckley, Lillie, and Hopie. He graduated from Trinity College with a degree in history.

Bill O’ Reilly was Fox News’ highest paid anchor on cable news and his time has now come to an end. The former host of The O’Reilly Factor has recently faced sexual harassment charges from five different women. Since the allegations have surfaced, more than 50 advertisers pulled out from his show and women’s rights groups demanded him to be fired immediately. According to The New York Times, Fox had repeatedly stood by the veteran anchor and a settlement agreement was reached, which totaled about $13.0 million.

In the end, O’Reilly’s fate was left in the hands of the Murdoch family, who own 21st Century Fox. Unfortunately for the former anchor, Rupert Murdoch, and his sons James and Lachlan decided to part ways with O’Reilly.

“After a thorough and careful review of the allegations, the company and Bill O’Reilly, have agreed that Bill O’Reilly will not be returning to the Fox News Channel,” 21st Century Fox said in a statement.

“We did a thorough investigation, a thorough review, and we reached a conclusion. Everything that we said in our statement is all you need to know,” said James at a public event in New York on Wednesday.

In a statement, O’Reilly praised Fox News, but said it was “tremendously disheartening that we part ways due to completely unfounded claims.”

“But that is the unfortunate reality many of us in the public eye must live with today,” he said. “I will always look back on my time at Fox with great pride in the unprecedented success we achieved and with my deepest gratitude to all my dedicated viewers. I wish only the best for Fox News Channel.”

Bill O’Reilly’s ratings were the highest for the news giant, who managed to increase his ratings by 42% of viewers between 25 and 54 —the audience most desired by advertisers— while overall viewership increased by 18% in his last full week.

O’Reilly may be out the door but his net worth just got a boost in the process. The former conservative cable news host is getting $25.0 million in payouts as a result of his firing, which was the salary he demanded and earned each year.

Fox News Gets a Face Lift

Tucker Carlson’s replacement of Bill O’Reilly could either be seen as a sign of stability or instability at the network. Carlson is already known to Fox fans and is already a host of his own month-old show, Tucker Carlson Tonight. There’s no word yet on what salary he will be demanding, but he has been handed the news desk torch by the network, ultimately making him the new face of the company. His replacing O’Reilly marks the first time in the network’s 20-year history of an all-white male prime time lineup. Some thought that one of the network’s more seasoned female hosts would take the coveted spot, but that wasn’t the case.

This January, Tucker Carlson took over former Fox News anchor, Megyn Kelly’s show, before she left to join NBC. Now, only three months later, Carlson has found himself in a new seat with better ratings like a well-paid floating temp. Either way, Carlson seems to always find himself in the right place at the right time.