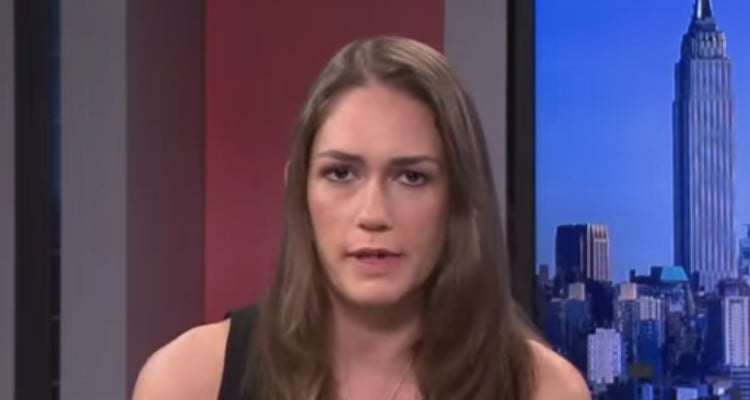 Despite her family being in show business, Jessica Tarlov chose to pursue academics. She earned a Ph.D. in political science and is now a regular fixture on news channels like Fox. When Tarlov speaks, people listen!

She has been nicknamed “Beauty with Brains” by fans and even critics. Jessica Tarlov is a political consultant, strategist, and analyst who regularly appears on various TV networks, including Fox News. Tarlov is an influential presence in politics as a straight-talking, left-of-center commentator.

A lot of people love to hate Tarlov for her liberal views, though she insists that they hate her “in a fond way.” Here are some details from Jessica Tarlov’s wiki.

Jessica Tarlov has appeared regularly on Fox for almost four years now. In this time, her title has changed from “Democratic Strategist” to “Senior Director for Market Research for Bustle,” a news and lifestyle site. That has not toned down her views. Tarlov is as incisive and sharp as ever.

Jessica was born on March 9, 1984, in New York City to Mark Tarlov, a film producer and wine maker, and Judy Roberts, a writer. Her younger sister Molly is an actress who has appeared on iCarly, Huge, and the MTV series Awkward. However, Jessica Tarlov never wanted to be in front of the camera, saying, “My sister is the TV person in the family.”

Many think they’ve got the best dad out there. Happy for yours to be in the company of mine and @mollytarlov ‘s. Happy Father’s Day to all the dads, the ladies doing the dad stuff and really anyone being an amazing role model for a kid. Pretty great thing to do 👌🏻 pic.twitter.com/mMxFrphjs5

Instead, Tarlov chose academics to fulfill her aspirations. She graduated with a bachelor’s degree in history from Bryn Mawr College, and earned two master’s degrees and a Ph.D. in political science and government from the prestigious London School of Economics and Political Science.

Armed with deep knowledge and high ambition, Tarlov started her career as a project manager at Merrill Lynch in 2007 and represented the company in conferences at Paris and Brussels discussing European Union directives. She also briefly worked as a graduate teaching assistant while at the London School of Economics.

An Exciting and Bright Career

Tarlov’s career took off when she became a political strategist at Douglas Schoen LLC in 2008. Apart from appearing as a liberal commentator on Fox, she also managed some of Douglas Schoen’s books and opinion editorials. Tarlov is a prolific writer, and her work has been published in prestigious publications like the NY Daily News and Forbes.

She even co-authored a book with Schoen called America in the Age of Trump where she wrote at length about America’s decline. In 2017, she became a Senior Director of Research & Consumer Insight at Bustle.

A post shared by UltimateFashionChampionship (@ultimatefashionchampionship) on May 11, 2016 at 1:34pm PDT

While fans may want to know as much as they can about Jessica Tarlov and see up-to-date pictures of the political strategist, she doesn’t have an Instagram account. But, she is active on Twitter (@JessicaTarlov).

For those who have wondered if Jessica is dating, married, or single, the answer is all over her Twitter account. The current banner of her account shows Jessica and her boyfriend, Roman Kuznetsov, on vacation.

In fact, Jessica is anything buy shy when it comes to her boyfriend.

On February 7, 2018, someone asked Jessica who the “hunky guy” was in the picture that graces the cover of her Twitter account. She tweeted back, “my hunky boyfriend.” (@romdoggus)

The couple is still going strong. On March 9, 2019, Jessica tweeted a picture of her birthday celebrations. It was an apartment in New York City, festooned with Hello Kitty balloons and flowers. “The finest birthday Hello Kitty décor a man could custom design!”

Jessica Tarlov seems to have it all. Brains, beauty, a loving family, and insight and opinions Americans on both sides of the political spectrum respect.