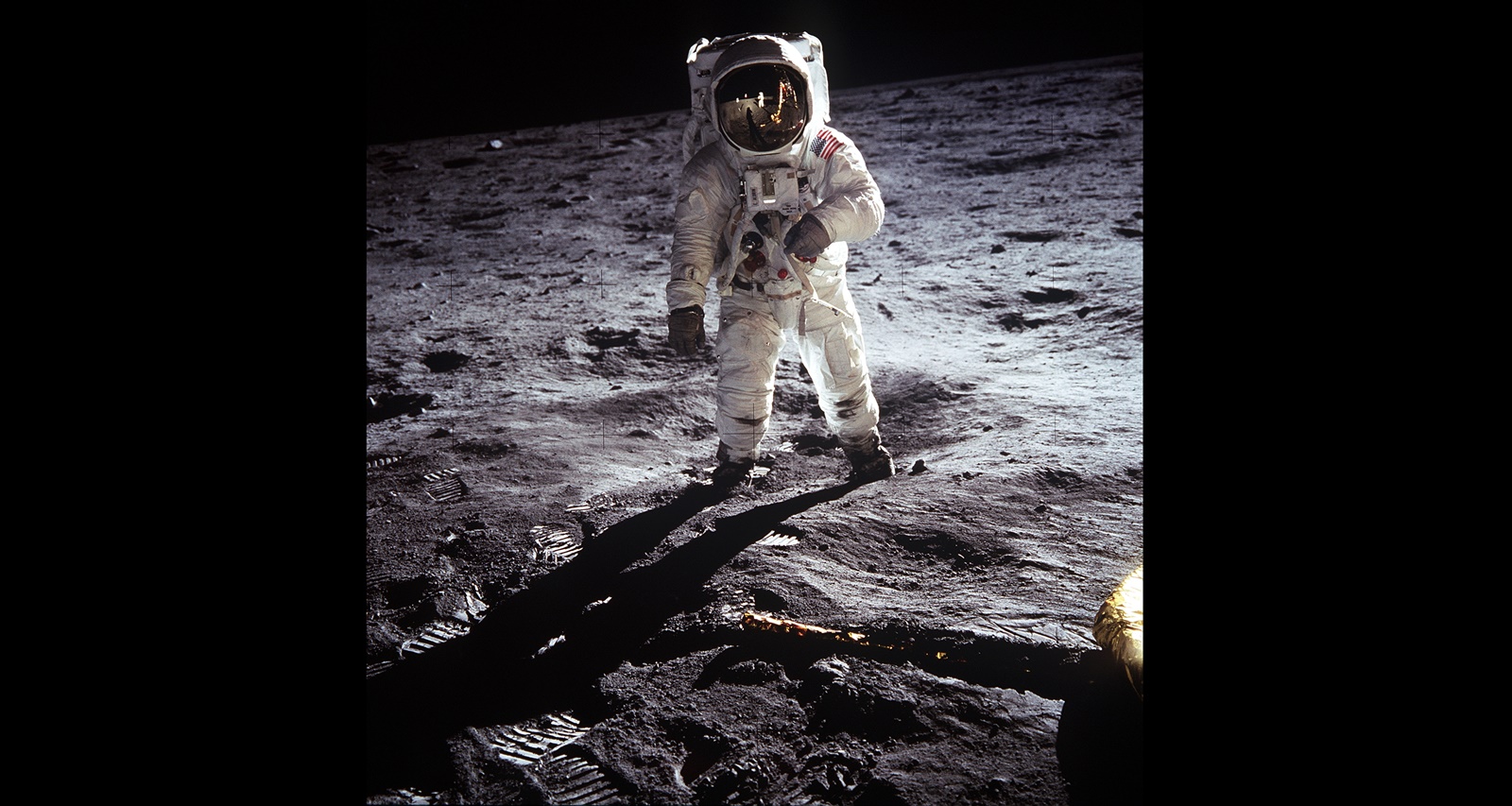 Netflix is constantly updating its film repertoire to cater to the sensibilities of its ever-increasing subscriber base, which spans the globe. The streaming service has managed to do a great job of offering quality programming for viewers to enjoy, especially in space and sci-fi categories. From wacky family-oriented comedies to psychological thrillers and fascinating documentaries, there’s no shortage of awesome space movies on Netflix in 2019.

If you enjoy exploring different dimensions, crossing expansive barriers, investigating the possible existence of otherworldly life forms, and the prospect of boldly going where no man has gone before, then check out our picks for the best sci-fi and space movies on Netflix USA.

Conspiracy Theory: Did We Land on the Moon?

Plot: What’s a “best space movies” list without a good conspiracy theory or two? This fascinating documentary explores the possibility that the moon landing was staged by the United States government for political gain.

Cast: Scarlett Johansson (as Laura); Adam Pearson (The Deformed Man); Paul Brannigan (as Andrew); Jeremy McWilliams (as The Bad Man); Michael Moreland (as The Quiet Man); Jessica Mance (as The Alien); Kryštof Hádek (as The Swimmer)

Plot: The talented Jonathan Glazer makes his directorial debut in this haunting yet visually captivating film that examines the human condition from the perspective of an otherworldly being. An alien life form disguises itself as a beautiful young woman who scours the streets of Scotland late at night in search of lonely men. She then lures them back to her dark underground lair, where they engage in sexual activities and the men are never to be seen or heard from again.

''The past is DEAD. The present, Annihilus, is WAR.''-Thanos

Posted by Avengers: Infinity War Fans on Wednesday, May 4, 2016

Plot: Considered one of the biggest blockbuster movies of all time and a modern-day classic, Avengers: Infinity War needs no introduction. With the fate of half the universe hanging in the balance, the Avengers are forced to band together to collect all of the Infinity stones and defeat their biggest and most powerful nemesis yet: Thanos. Featuring visually stunning effects and outstanding performances all around, there’s no doubt that this critically acclaimed, Oscar-nominated film spectacle is one of the best space movies on Netflix.

Posted by Star Wars The Last Jedi on Wednesday, February 10, 2016

Plot: Having won several awards, including Empire Awards for Best Director, Best Actress, Best Film, and Best Visual Effects, this star-studded film is a thrill ride of epic proportions. Reprising their long-standing roles as Luke Skywalker and Princess Leia, Mark Hamill and Carrie Fisher deliver excellent performances through and through. The film explores the intriguing role reversal of Luke Skywalker as he transforms from student to teacher and is forced to come to terms with his failures, while also helping Rey improve her abilities and prepare for the imminent battle between the Resistance and the dark side.

The Space Between Us

#TheSpaceBetweenUs poster has landed. On December 21, experience the world through new eyes. Only in theaters.

Plot: Sixteen-year-old Gardner Eliot, the first human born on Mars, embarks on an interplanetary journey to Earth for the first time to meet his online girlfriend, Tulsa. After learning that his organs aren’t equipped to survive Earth’s atmosphere, Gardner and Tulsa go on an adventure of self-discovery to unravel the mysteries of Gardner’s existence.

Posted by The Wandering Earth on Sunday, February 10, 2019

Plot: Based on a collection of short stories by acclaimed author Liu Cixin, the impending destruction of the Earth and mankind’s determined attempts to save the planet from total annihilation are at the forefront of this action-packed sci-fi thriller. Only this time, it’s not an evil extra-terrestrial being that’s trying to destroy the Earth—it’s the sun, the very life force around which the Earth revolves. To save their home planet, humans all over the world must build thrusters to propel the Earth into a new and safer star system. But this solution isn’t without major complications, and the fate of the world rests upon the shoulders of a group of young people who must lead the 2,500-year journey to safety.

Plot: Nominated for Best Sound Editing at the 2001 Academy Awards, Space Cowboys is the story of four heroic former astronauts who journey into space to repair a damaged Russian satellite that’s hurtling towards Earth at an alarming rate.

Plot: In this Star Wars prequel, young Han Solo ventures through the seedy underbelly of outer space with the objective of fulfilling personal vendettas and meets a few famous characters including Chewbacca along the way. This Oscar-nominated space adventure movie gives amazing insight into the origins of Han Solo, the snarky and sarcastic pilot from the planet Corellia we all know and love.

The Last Man on the Moon

Plot: In 1972, Apollo astronaut Gene Cernan walked on the moon, imprinting the lunar dust with his footprints and his daughter’s initials. Four decades later, he’s finally ready to disclose the details of this awe-inspiring journey. This fascinating documentary took home the awards for Best Documentary at the 2015 Newport Film Festival and the 2016 AARP Movies for Grownups Awards respectively.

Plot: After being imprisoned in a far-off corner of the universe without his hammer, Thor must find a way to get back home and save Asgard from certain destruction caused by the evil Hela.

Plot: In 1947, a mysterious unidentified flying object famously crash-landed in Roswell, New Mexico. A group of military doctors conducted a series of tests including an autopsy on what many believed to be an alien life form from another planet. The documentary, originally broadcast on Fox television in 1995, supposedly depicted footage of the event; however, it was later debunked after the film’s debut.

Plot: At age 27, Russian senior lieutenant astronaut Yuri Gagarin became the first human to blast off into the great unknown—outer space—on April 12, 1961, at precisely 9:07 a.m. Moscow time. Aboard the Vostok 1—the first spacecraft in history to break through the Earth’s atmosphere with a crew—Gagarin orbited Earth for approximately 108 minutes. So it’s no coincidence that the film’s running time is the same length. This in-depth documentary about Gagarin’s life leading up to his historic venture into outer space was nominated for a Georges Award for Best Russian Drama of the Year at the 2014 Russian National Movie Awards.

The Search for Life in Space

Plot: An ambitious group of scientists study outer space, including interplanetary relations on Jupiter and Mars, to determine whether extraterrestrial life forms exist.

Plot: An enchanted star with human characteristics and unparalleled physical beauty falls from the sky and lands in the middle of a magical kingdom, where she’s chased by a wide range of characters who are seeking out her hidden powers to fulfill their own needs. Forced to go to dangerous lengths to protect herself and her identity from the greed of those chasing her, this otherworldly being has no idea who she can trust.

Unacknowledged: An Exposé of the World’s Greatest Secret

Plot: In this fascinating documentary, Dr. Steven Greer, MD, takes viewers behind the scenes and exposes the secrets of some of the most covert government operations involving UFO sightings dating back several decades.

The Farthest: Voyager in Space

Posted by The Farthest: Voyager in Space on Saturday, November 18, 2017

Plot: Strap on your spacesuit and prepare to boldly go where no man has gone before alongside some of NASA’s top astronauts. This breathtaking and awe-inspiring documentary takes viewers behind the scenes of one of mankind’s most ambitious ventures into space. In 1977, NASA launched the Voyager I and II space probes with the objective of studying and transmitting data from the Outer Solar System. Both space probes are still traveling through space and transmitting data in real-time. Space enthusiasts can track the mission status here: https://voyager.jpl.nasa.gov/mission/status/