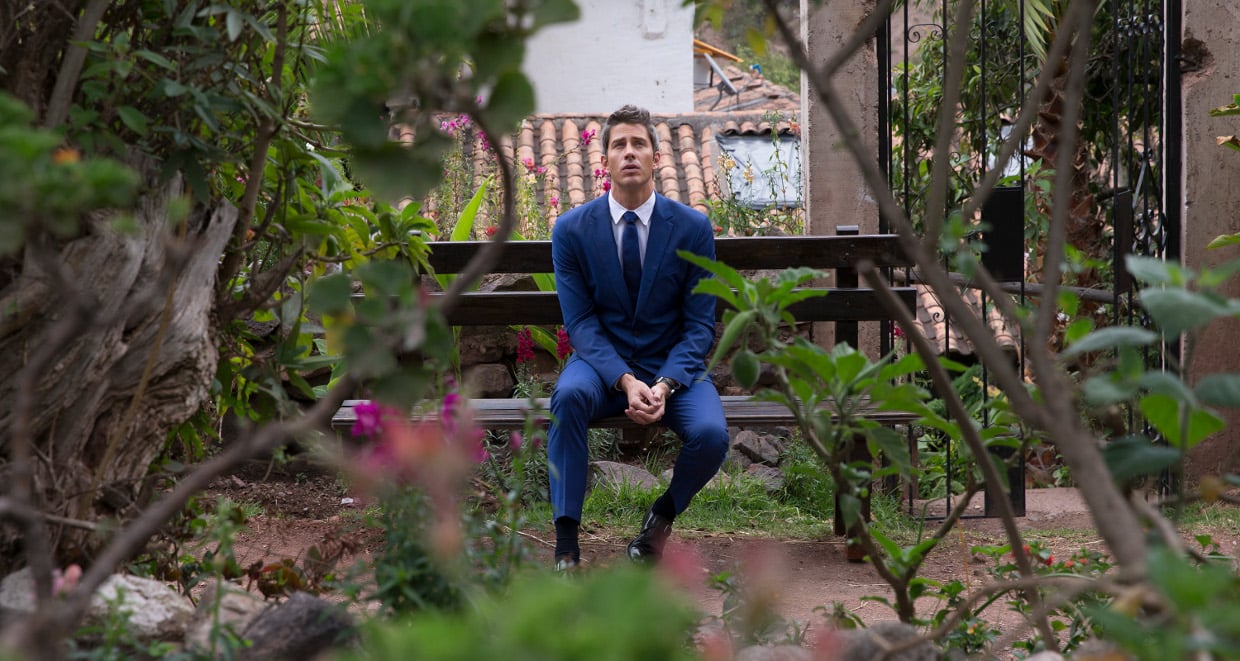 Rose lovers, the time has come to conclude the least exciting season of The Bachelor. Did Arie finally decide between Lauren and Becca? If the rumors are true, the real winner is still a mystery—and the only loser here seems to be Arie himself! Let’s break it down in this live update of The Bachelor finale.

Arie started The Bachelor season 22 knee-deep in women, and now, it’s down to two ladies—Lauren B. and Becca K. Who wins The Bachelor? It is rumored that we’re in for a shocking finale twist. Does the winner of The Bachelor stay with Arie? Given that this bachelor has a lot of love for both ladies, things are certainly messy. We’ve got the scoop from The Bachelor finale, right here.

Our two finalists meet Arie’s family to kickstart the finale. Lauren is first, and the experience is somewhat eye-opening for both her and Arie.

Lauren is still insecure, and Arie is getting exhausted having to constantly reassure her of things. After he introduces her to his family, some relatives point out that their relationship isn’t as open as they believe.

In a heart-to-heart with Arie’s mom, Lauren breaks down over her fears of losing Arie. It doesn’t look like she has anything to be worried about in regards to them liking her; Arie’s family is very charmed by Lauren.

Which means Becca has her work cut out for her! But she’s able to ease her way into the family effortlessly (as we expected she would). Her confidence impresses the family, but it takes a hit when Arie’s dad says he doesn’t mind if his son ends up with either woman. Ouch!

Knowing that Lauren has impressed the family just as well, Becca is scared she’s going to lose.

On our Bachelor’s end, he’s having a tough time making up his mind. Becca seems like the sensible choice, but he feels an undeniable connection with Lauren.

Arie believes that the final dates will help him make the final decision, but he’s far from getting the clarity he needs.

He and Lauren have a mountainous date in Machu Picchu. If Lauren’s earlier indecisiveness made things somewhat clearer for Arie, her newfound confidence after meeting his family throws him off.

They talk about a potential future after the show, including kids. By the end of the date, Lauren is confident she’s winning.

When it comes to Becca’s date, she’s able to bring her usual aura of comfort and ease. Arie had Lauren on his mind in the beginning, but he’s reminded of why Becca caught his eye the first time.

Becca is still nervous knowing that Lauren is stiff competition. However, she’s confident that her and Arie’s feelings are mutual.

At this point, Arie is more confused than ever. Bachelor Nation is collectively frustrated that he’s in love with both women. Make up your mind, dude!

After meeting with Neil Lane, Arie picks a massive cushion-cut diamond ring and it’s onto the final Rose Ceremony of season 22.

Lauren is the first to drive up to the picturesque proposal spot. If you’ve watched the show enough, you know the first girl up is usually heading for rejection.

Sure enough, Arie lets her down easily, but not before she pours her heart out. She’s crushed, but she takes it like a champ. (Fans could literally feel her heart breaking in the limo, as she heads back home completely confused.)

Becca shows up next and professes her love. Arie returns the feelings and drops down on one knee to propose. Obviously, Becca is ecstatic and says “yes,” and it seems like the end to this seemingly never-ending season.

But wait! Just when we think we’re done and dusted with another season of The Bachelor, Chris Harrison plants the big question: Do Arie and Becca stay together?

Also Read: Who Will Be the Next Bachelorette 2018? Check Out Our Top 4 Picks!

So, Harrison says it doesn’t feel like it’s the end of the story and boy, is that true! Arie is still in his “I’m-in-love-with-both-of-them phase,” and he’s regretting his proposal to Becca.

In a confessional video, he’s talking about missing Lauren and says the sentence we dreaded most; “I really feel like I made a mistake.” (Yikes!)

So, he’s off to break things off with Becca and the poor girl has no idea. How chivalrous! We can hear the studio audience booing at his epiphany.

Chris Harrison is promising this is raw, real, and UNEDITED! (Can we take his word for it?)

The “raw” and “emotional” scene includes Arie expressing his regret over the proposal. Becca is obviously in a state of shock, heartbroken, and ultimately pissed off.

It’s beginning to feel a lot like Oscar’s La La Land moment. Becca is a class act who doesn’t blame her herself, doesn’t break down, and holds her head up high. She tells Arie not to touch her when he tries to console her, and after a few tears in the bathroom, she asks him to leave.

And she straight up tells him she won’t even hug him goodbye. Mic drop!

How did this breakup end up on camera? Seems like a private conversation. We don’t belong in this conversation….but im still watching #TheBachelor

I don’t like this one bit. Shouldn’t have filmed. #thebachelor

Hopefully, she has an earful for him on the “After the final Rose” special, which fans will get to see unfold live!

According to reports, Arie and Lauren are together now and are taking thing slow. We’ll know more about the runner-up-turned-winner of Arie’s heart in the most dramatic “After the Final Rose” special, airing Tuesday, March 6, at 8:00 p.m.