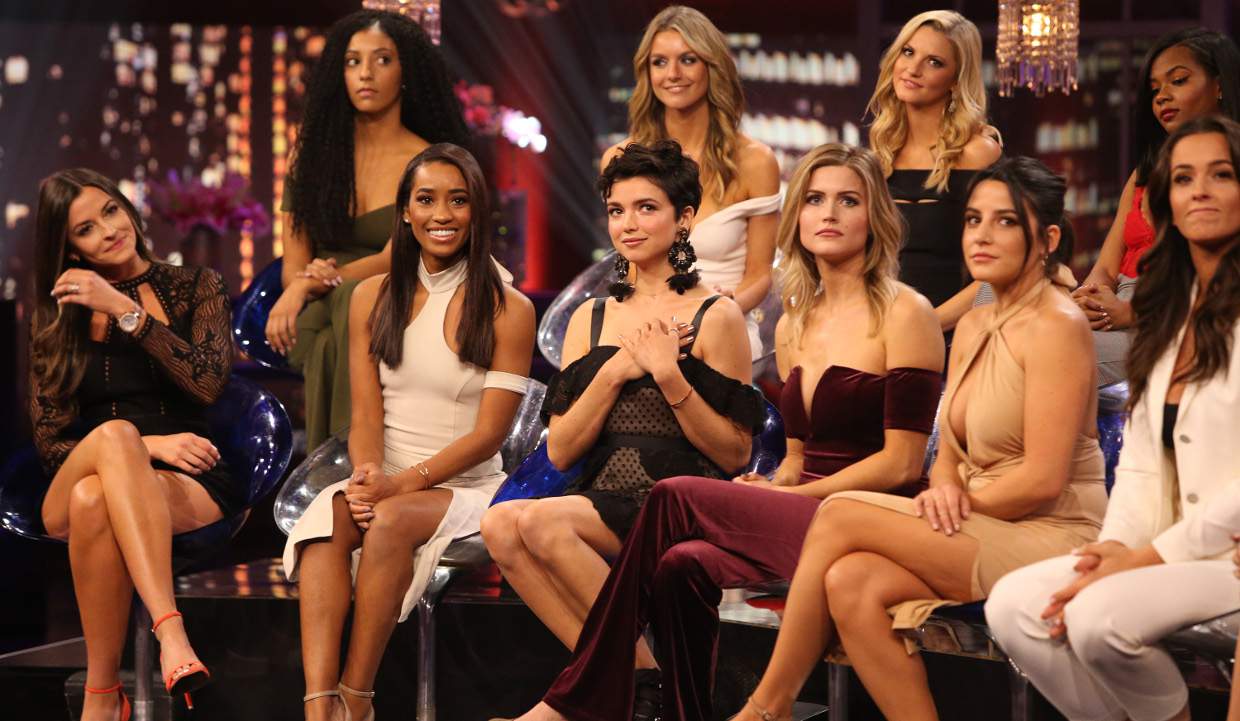 Right now, there are three ladies left on The Bachelor. It’s down to the wire and one of them will be chosen by Arie to (hopefully) be his fiancée and wear that gorgeous Neil Lane ring! Only two more episodes to go for the finale, and before long, we will be counting down the newest season of The Bachelorette!

“The Women Tell All” episode aired on Sunday, and viewers got to hear all the gossip shared by this season’s former contestants. Many of them shared their experience on The Bachelor.

Krystal was called out by the other ladies for being mean. She constantly kept calling Arie a “needle dick,” after feeling as though she “invested in my relationship with him.”

The final three women on The Bachelor are Lauren Burnham, Kendall Long, and Becca Kufrin. As we already saw with previous seasons, one of these ladies could very well be the next bachelorette. However, fans will have to wait until the season finale and “After the Final Rose” special to know for sure.

Fan favorites for the next Bachelorette are Bekah M. and Tia Booth from The Bachelor season 22.

Who Will Be the Next Bachelorette?

Tia from The Bachelor is in the final four and revealed, “Honestly, I wouldn’t want to get my hopes up too much about being the next Bachelorette because I know there are some amazing women obviously in the running for it.”

She explained that she thinks it will be a great idea to be a part of the Bachelor family. So, if not The Bachelorette, we could see Tia on Bachelor in Paradise instead!

On The Bachelor, Bekah was a sweet, bubbly, and fun 22-year-old. The age difference between her and Arie was a big cause for concern, as many felt that she was too young to get married.

Bekah said about her age, “For one, I’m now 23, so much older and wiser now that I’m 23. JoJo was only 24 when she was the Bachelorette, and no one really made a big deal about that as far as I know.”

Viewers loved watching Seinne on the show. She is the epitome of beautiful, she’s well-traveled, and she’s a very smart woman. Although she was sent home, that doesn’t mean it’s the end for her chances of finding love. And fans are already dying to know if she could be the next Bachelorette in 2018!

Many people really want Seinne to be the next Bachelorette, but she has not spoken out about wanting to be on the show. We just have to wait and see!

According to spoilers, Kendall will make it to the final three vying for Arie’s heart. But will she be sent home before Lauren and Becca K.? If so, Kendall could very well be the next Bachelorette!