What Happened between Courtney Shields and Emily Herren?

Ava Michelle is the starlet making her film debut in Netflix’s newest coming-of-age romedy, Tall Girl. The movie sees a high school girl let go of her insecurities about her height and accept that her worth is more than just a number. Ava and her 6-foot, 1 1/2-inch frame bring Jodi’s character to life in this movie about self-discovery, and you shouldn’t miss when it premieres on September 13! Ava relates to Jodi in many ways, as our Ava Michelle Cota wiki will illustrate.

Ava Michelle Is a Dancer

Ava Michelle Cota was born on April 10, 2002 to Jeanette Cota and Rick Cota. Ava grew up in Linden and Fenton, Michigan, with her older brother, Devon Cota.

Ava was a student at Linden Middle School, where she was a star on-stage and a straight-A student. She enrolled in the school’s online program to balance her academics with traveling around the country for dance competitions.

Ava mostly lives with her mother, who’s now her momager. Jeanette was a dance instructor at her own Linden-based Broadway Dance Academy (BDA).

Jeanette has studied dance in New York, L.A., London, Italy, and France. And Ava inherited her mom’s love and talent for dance.

She began formal dance training when she was two and switched to her mother’s studio when it opened the following year. BDA shuttered in 2017 when the family relocated to California for Ava’s career.

Ava was also a member of the Mob Squad, the Junior Detroit Pistons hip-hop dance squad.

Ava is skilled in hip-hop, contemporary, and ballet. And it was her talent that got her into some of the popular dance reality shows on TV.

Also Read: Alessio Scalzotto Wiki, Facts about the “Rim of the World” Actor

Ava Was on Dance Moms

Both Ava and Jeanette had a prominent run on Lifetime’s Dance Moms in seasons 3 and 4. Although Ava’s first audition for Abby Lee was unsuccessful, the impressive dancer was invited back the next season for a second go-round.

She went on to dance for the Abby Lee Dance Company in competitions, but it was her mother who stole the limelight.

As it happens on Dance Moms, Jeanette clashed with the other moms while trying to get Ava a permanent spot on Abby’s team. While she did succeed, Jeanette and Abby didn’t get along, either.

Ava was eventually cut from the troupe, partially because of her height. She then returned in later seasons, competing against Abby’s team with her mother’s BDA team and rival Candy Apple’s team.

Ava went on to audition for So You Think You Can Dance: The Next Generation in 2016. However, she didn’t make it past the academy round.

Don’t Miss: Jharrel Jerome Wiki, Facts About the Actor Who Played Korey Wise on “When They See Us”

Ava Is a Musician and Actress

Though she didn’t make it far in dance reality shows, Ava’s showbiz aspirations weren’t deterred. She’s held on to her dreams of being an actress, singer, or Broadway performer. With her momager, Ava moved to California and pursued her career.

A singer-songwriter, she has a YouTube channel where she posts song covers as well as original music. While she was still on Dance Moms, she released a song, “Just Gotta Dance,” which perhaps best describes her.

She also got her acting break, with a few short films and an appearance on The Bold and The Beautiful. But it’s Tall Girl that’s set to be her breakout role.

Netflix’s newest teen romance is about the journey of self-discovery for Jodi, a statuesque girl whose only wish is to find a guy taller than her. And by her side is her petite, beauty queen older sister, played by Sabrina Carpenter.

Jodi might seem tailor-made for Ava, who has experienced rejection because of her height. “Sometimes her height has been an issue, now it’s what allowed her to audition for the role,” said Jeanette.

She was selected among thousands who responded to Netflix’s worldwide casting call. After six callbacks and multiple chemistry reads, she got the part and began filming in New Orleans in early 2019. 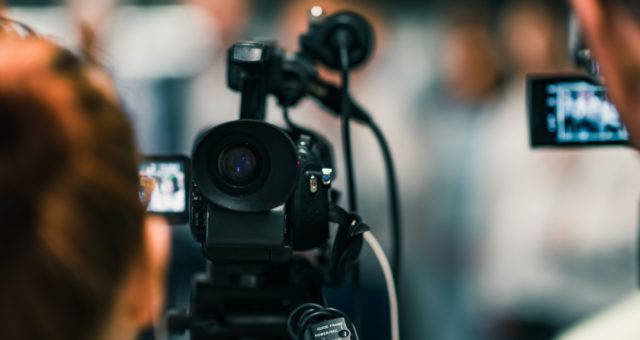 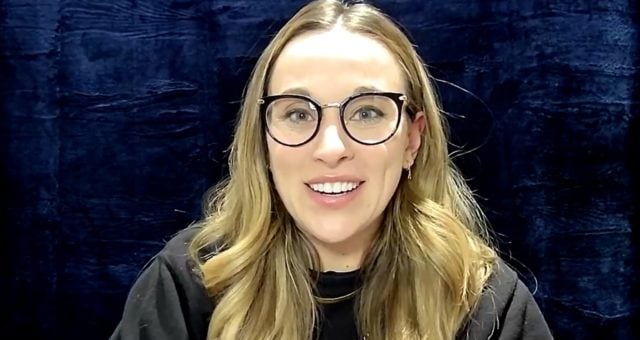