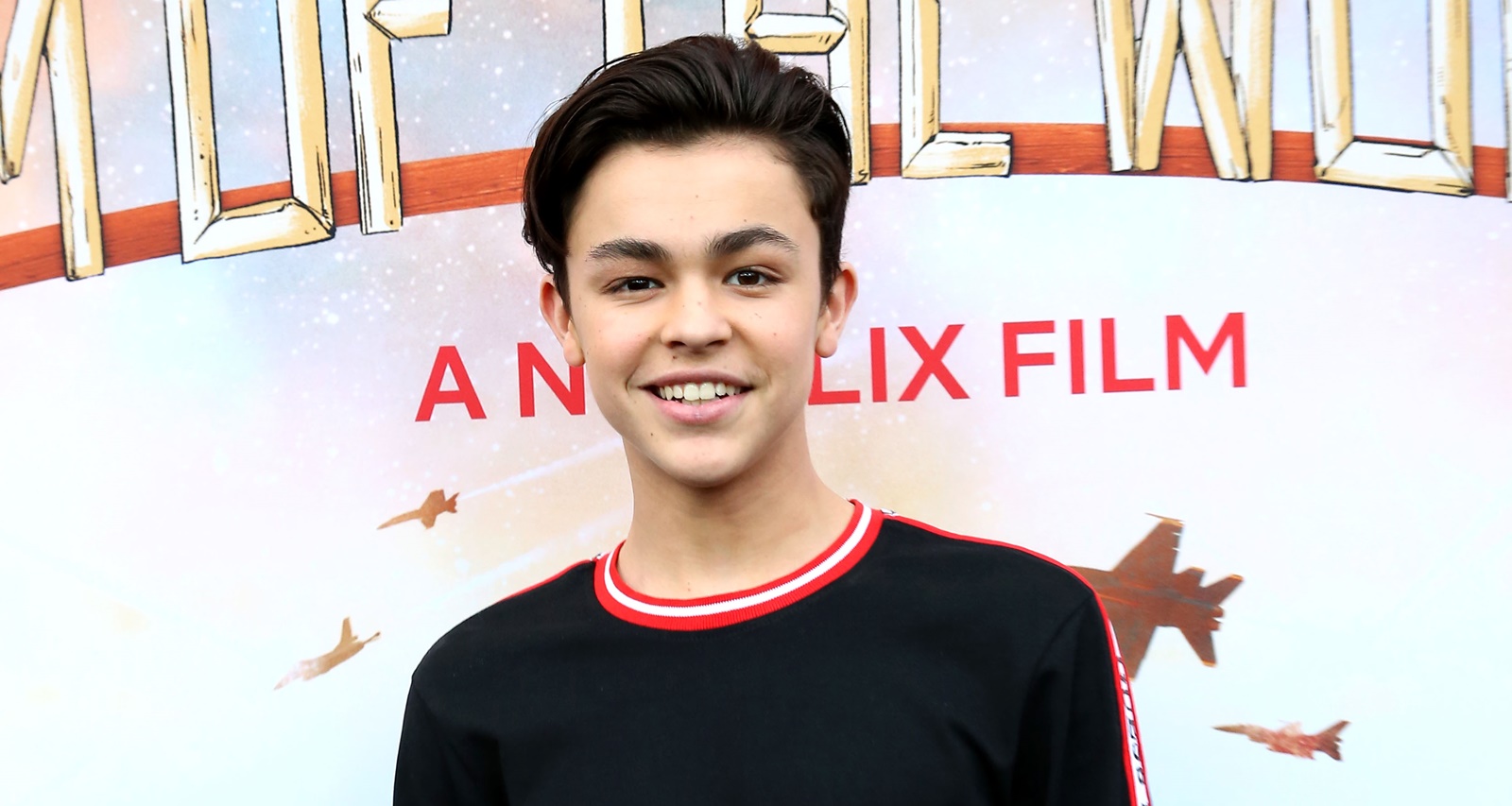 Alessio Scalzotto attends a special screening of Netflix's 'The Rim Of The World' at the Vista Theatre on May 20, 2019 in Los Angeles, California. (Photo by Rachel Murray/Getty Images for Netflix)

If there’s one thing that Stranger Things has taught us, it’s that kids are the best at saving the world. That brings us to Rim of the World, the latest Netflix original offering of a quartet of teens who literally hold the key to saving the Earth from an alien invasion. Gabriel, portrayed by Alessio Scalzotto, has a crucial role in the Netflix flick. If the trend of rising fame for young Netflix actors continues, you’re going to be seeing a lot of Scalzotto serving young Leo DiCaprio looks in the future. So we’ve got Alessio Scalzotto’s wiki for everything on this multi-talented breakout star.

Alessio Scalzotto Is from Italy

Alessio Scalzotto was born in October 2002 in Vicenza, Italy. He’s the eldest and only son born to Tonia and Giancarlo Scalzotto.

Besides English, Alessio speaks Italian, Spanish, and the Venetian language.

Before he even reached the age of 16, Alessio had lived all over the world. According to his Facebook, he lived in Spain, Paris in France, and Germany.

Also Read: Facts About Why Don’t We Singer Jack Avery

In 2012, he moved with his family to Colorado, where he attends Horizon High School in Thornton. Alessio is set to graduate in 2020.

It’s unclear how Alessio balances school with his acting commitments. According to his latest social media activity, he’s currently in California.

Scalzotto’s Parents Own a Restaurant

Alessio’s parents are founders and owners of the Scalzotto Italian Restaurant in Broomfield, Colorado. The restaurant opened for business in 2015 and serves Northern Italian fare, including homemade pasta.

Alessio’s mother, Tonia, is a native of Colorado. She was previously the director of franchise development for a virtual office services firm and the COO of Utah-based Image Studios 360.

The family restaurant has rave reviews on the Internet. Some patrons even enjoy Giancarlo’s sporadic performances with the accordion.

Alessio’s Big Break Comes with Rim of the World

When Scalzotto arrived in the U.S., he got involved in theater. It was a stream of events including joining acting classes, getting a manager and agent, and going to auditions that put him on the path to be an actor.

Among his earliest credits, Scalzotto portrayed a 14-year-old Pablo Picasso in Genius season 2. Antonio Banderas portrayed the famed artist for the rest of the series. That was Alessio’s first big production, with the folks at National Geographic even flying him over to Spain to film.

His visibility only grew from there, and he now stars on Netflix’s Rim of the World, which premiered on May 24, alongside talented young actors Jack Gore, Miya Cech, and Benjamin Flores Jr. Scalzotto recalled he was playing video games with his friends when he got the life-changing call that he got the part.

His character, Gabriel, finds his vacation interrupted when an alien invasion upends the planet. He bands together with three other teens to save the world, with a key they are unexpectedly entrusted with.

Gabriel’s character becomes a lot more complex when you discover that he’s secretly dyslexic. That naturally makes for a nail-biting scene in which the fate of the world hangs in the balance of a teen with a learning disability who has to enter a set of numbers into a computer.

Scalzotto’s big break comes after several unsuccessful auditions. But he advises other aspiring actors like himself to not let a failed audition get them down. He only has two major credits to his name but already speaks like a seasoned child star.

Scalzotto Is Also a Musician

Besides acting, Scalzotto is also into football, basketball, skateboarding, and b-boying. (Hope to see some of his moves one day!) But this hip-hop enthusiast’s talent for music stands out among the rest.

A recent arrival on Instagram, Scalzotto has been sharing his own style of rap music on the platform and leaving his 61K+ followers in awe of his lyrical talent. (Petition to have Scalzotto release a new album, pretty please!)