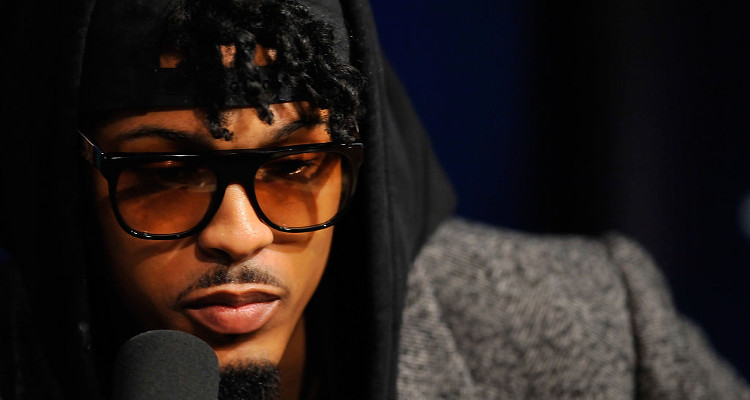 Even though August Alsina lost his father and brother at an early age, he did not lose faith. Today he is an established singer with several hit singles and albums to his credit. With a hard-earned net worth of $4.0 million and more songs to offer his fans, Alsina is paving his way to success.

Recently, August Alsina opened up about his battle against liver disease. The singer spoke to Jada Pinkett-Smith about his illness and shared a clip on his Instagram account on Tuesday (May 30). August Alsina’s liver disease has the young star “sicker than ever,” and is not something he likes to talk about. For more about the singer, here is our August Alsina wiki.

Childhood Under the Gun

Born on September 3, 1992 in New Orleans, Louisiana, August Alsina’s age is 24. He had a tough childhood as both his biological father and step-father were crack cocaine addicts. Alsina was inspired to take up singing, after watching Lauryn Hill in the movie Sister Act 2. After his older brother was shot and killed in 2010, Alsina’s commitment to music grew, and he moved to Atlanta, Georgia.

August Alsina started his career with the mixtape, The Product in April 2012. His single, “I Luv This Shit” became a hit in January 2013, and he followed it up with his second mixtape, The Product 2. In 2014, Alsina released his debut studio album, Testimony, which included “Make it Home.” On December 11, 2015, his second studio album, This Thing Called Life was released, spawning the hit singles “Hip Hop,” “Why I Do It,” “Song Cry,” “Been Around the World,” and “Dreamer.” August Alsina’s songs have an alternative R&B feel that also fuses with hip-hop.

Health is a Major Concern

‪L O V E only!‬ ‪That is all there is room for and all there will ever be, but don't you come round here fuckin w/ me… Cause I'm still filled with savagery ??

Though he is just 24 years old, August Alsina’s net worth is already an impressive $4.0 million! He has a long career ahead of him, and with his strong work ethic and talent, that amount is likely to increase. However, Alsina’s health is a major concern and has let him down in the past. In 2014, Alsina collapsed while performing on stage and had to be taken to a hospital. He was in a coma for a few days, but thankfully recovered. Later that year, Alsina talked about how his brother’s death put him in a state of depression, and detailed his strained relationship with his mother. He also revealed that he thought about committing suicide at a low point in his life.

What disease does August Alsina have? According to the singer, “I have a liver disease where my autoimmune system is fighting itself. The reality is that I’m sick all the time. I don’t really like to talk about it because I’m not looking for anybody’s sympathy. Don’t treat me like I’m a f*****g cancer patient because I’m not.”

Despite his illness, Alsina tries to have a positive attitude and is enthusiastic about living life to the fullest. The proof is in August Alsina’s Instagram account, where he’s always posting pictures with fans, on stage, and generally maintaining his positivity.