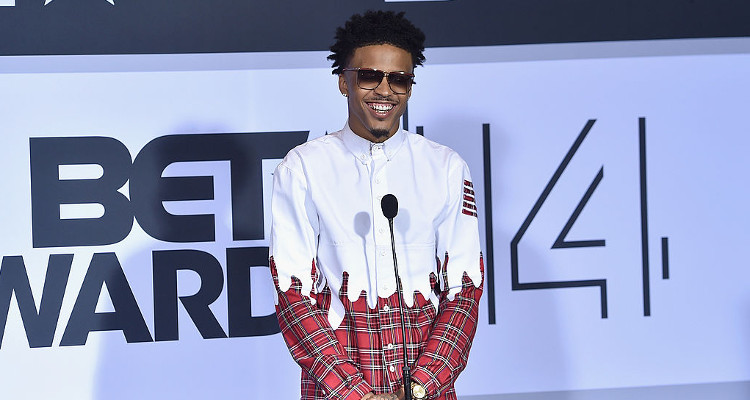 August Alsina has been romantically involved with several models over the years, and since his recent bout of health issues, many are starting to wonder about the artist’s love life. Who is August Alsina dating now? Here is a list of the women Alsina has been linked with.

Even though singer August Alsina is a busy man (who is constantly giving fans hit singles and hot albums), he still manages to go out with his fair share of ladies! Who is August Alsina’s girlfriend? The “I Luv This S**t” singer has been seen with a string of beauties, ever since he burst onto the music scene in 2012. Who is August Alsina dating? We will tell you everything we know about August Alsina’s dating timeline, right here.

Alsina was rumored to be involved with Mandy Williams from 2013 to 2015. Williams is a 30-year-old 5’7″ model and hairstylist. Her Instagram account has plenty of selfies with Williams, showing off her great figure and her clients’ hair transformations.

Too Hot to Handle!

I'm obsessed with this velvet @fashionnova 2-piece ??✨ (15%off xokayla)

Alsina is also said to have dated model Kayla Phillips after they were seen several times together in 2014. Phillips is 25 years old and was born in Virginia. The 5’6″ Instagram model is multiracial, and is constantly updating her fans about her life on social media.

Morning babes!!! So I just downloaded this new app called "TRIBE" in the App Store, it's so dope you can FaceTime up to 8 people at a time. Im going to be on a live TRIBE call with the first 50 people that download it! Leave your name below so I can add you and we can have a chat xx @heytribe Photo by @photo__mark Makeup by @alexjairus ❤️

August Alsina has also been linked to a model named Analicia Chaves, who is also 24 years old. She was born in New Bedrod, Massachusetts, and is a hip hop model. She was reportedly with Alsina in 2014. Chaves is also known as “Ana Montana,” and she made it to the to 50 on America’s Next Top Model. Looking at her gorgeous photos, we can see why!

Between 2015 and 2016, Alsina was rumored to have hooked up with a model named Miracle Watts. The 24-year-old is from Texas and is 5’7″. She is known for having exceptional hairstyles and is equally know for her business, Miracle Tresses. Watts was also mentioned by Drake in his song “2 On Thotful,” leading people to wonder if the two were an item.

Also Read: What Disease Does August Alsina Have?

August Alsina’s age is only 24, but there is already a growing list of beautiful women who are rumored to have dated him. At the moment, it seems as though Alsina is single, and likely focussing on his career and health. He recently revealed that he has a liver disease, however, the singer is remaining optimistic and hopeful for the future.