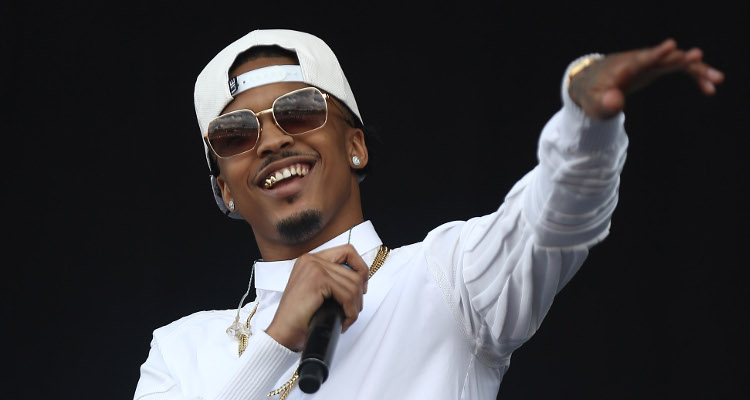 August Alsina is a young R&B and hip-hop artist. He stepped back into the music scene right after revealing he has been fighting a liver disease. Despite his short absence, he has a sizeable net worth of $4.0 million.

Music fans are rallying together in support of August Alsina. The young artist recently revealed he has been suffering from an auto-immune disease that affects his liver. The same disease resulted in the untimely death of his father and grandfather. He hasn’t been very active lately, but he followed his emotional revelation with a new single, “Don’t Matter.” But his absence from music hasn’t done anything to his popularity or wealth. He has amassed a total net worth of $4.0 million in his career. Here’s more about the artist’s career in August Alsina’s net worth.

How Rich is August Alsina?

The 24-year-old artist has a net worth of approximately $4.0 million. The New Orleans native was inspired to pursue music with Sister Act 2’s Lauryn Hill. He recorded himself singing and uploaded them on YouTube at the age of 14. Fast forward almost a decade later, he put his family troubles behind and is now an acclaimed recording artist.

Also Read: What Disease Does August Alsina Have?

After two mixtapes, he signed with Def Jam and his career showed no signs of slowing down. His singles were hits on radio and “Make it Home” featuring Jeezy from his debut album, Testimony, and the album’s success, earned him a spot in 2014’s XXL Freshman Class. He also won two BET Awards; one for Best New Artist and the other for Viewers Choice.

Testimony put August Alsina on the map as an artist to watch. Featuring big names like Rick Ross, Nicki Minaj, Jeezy, and B.o.B, the album earned critical and commercial acclaim. It debuted at No. 2 on the Billboard 200, with first-week sales of 67,000 copies in the U.S. earning a gold certification by the Recording Industry Association of America (RIAA).

His second studio album, This Thing Called Life debuted at No. 14 on the Billboard 200 and peaked at No. 2 on the Top R&B/Hip-Hop Charts selling 41,000 copies in its first week. Besides promoting his albums with nationwide live tours, he joined Usher’s UR Experience Tour as opening act. His song, “I Luv This S**t” from his debut EP was certified platinum by the RIAA.

Alsina’s only known endorsement deal is with Beats by Dre. However, he hasn’t ventured into other profit-making deals besides music. His new single, “Don’t Matter,” is slated to be a hit soon.

Alsina had a rough childhood as his father and stepfather both battled cocaine addictions. After Hurricane Katrina struck, his mother moved him to Houston, Texas. After the death of his father, Alsina and his mother often fought he was kicked out. Alsina and his older brother, Melvin La’Branch III, would sell drugs when he was a teen so they could make ends meet. When his brother was shot and killed on August 31, 2010, Alsina became more committed to his music and moved to Atlanta.

A rags to riches story is not unheard of in the entertainment industry, but Alsina truly overcame hardships. When he bought his first car, a pricey Range Rover when he was 21, he was glad he bought it with money from his music career.

“Always told myself I’d cop a Rover and at 21 I did it! I also always thought I’d cop it from drug money… But this! This Legal money & ain’t s**t more special than that,” he captioned a picture with his car on his Instagram.

He also owns a Ferrari and a fancy mansion. Alsina is also proud owner of Air Jordan 6 sneakers which he bought shortly after they were released.

What Happened to August Alsina?

In 2014, Alsina was headlining his Testimony tour when he took a nasty spill onstage. He was in a coma for three days and reports claimed he suffered a seizure after fainting during the show. Earlier this week, Alsina sat down with Jada Pinkett Smith to address the 2014 health scare and shared the interview on  his Instagram account.

The artist revealed his battle with an auto-immune disorder that had severely affected his liver, something his father and grandfather died of. He voiced his struggles saying “I have a liver disease where my autoimmune system is fighting against itself. Reality is I’m sick all the time. I’d really like to talk about it and I’m not looking for anybody’s sympathy.”

Following the shocking revelation, Alsina has made a comeback to the music scene with a new single, “Don’t Matter.” He shared the new song on his Instagram and you can listen to it below. Meanwhile, we wish August Alsina the best.