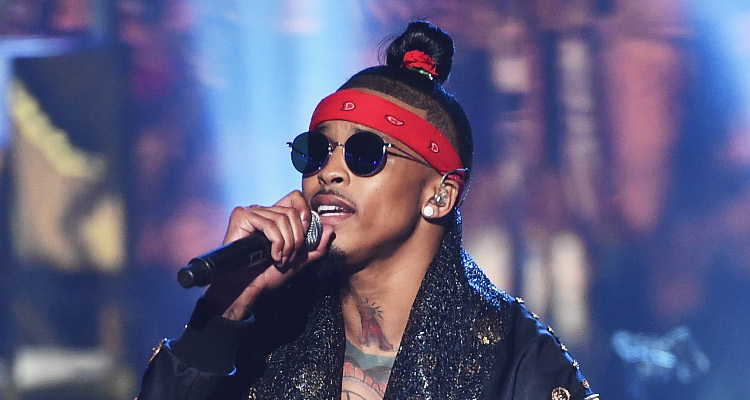 Hip-hop artist August Alsina revealed that he is suffering from liver disease. Last weekend, the singer shared a photo of himself on Instagram with a message to fans. A few days later, he posted a clip of an interview with Jada Pinkett Smith, discussing his health issues. We’ve got the scoop, right here!

What Disease Does August Alsina Have?

The New Orleans native took to Instagram a few days ago to discuss his battle with liver disease. In the post, Alsina urges fans to take care of their body and souls. He also spoke about his “dis-ease” and how he is ready to push forward.

On Tuesday, the singer shared an interview he did with Jada Pinkett Smith, in which he discusses his health. August Alsina’s liver disease diagnosis has fans worrying about the 24-year-old, who are sending their prayers and well wishes to the star.

“I have a liver disease where my autoimmune system is fighting against itself,” he says. “The reality is that I’m sick all the time. I don’t really like to talk about it because I’m not looking for anybody’s sympathy. Don’t treat me like I’m a f*****g cancer patient, because I’m not.”

I've been living my life in so much dis-ease that I've literally created it within myself… God has invested something inside of me, But I am not afraid of this Agony because I know that God pulls us back to shoot us FORWARD. ? & To my lovely and loyal fans.. Please take care of yourself and your bodies & your SOULS. A beautiful face will fade, a beautiful body will too fade, but a beautiful soul is that FOREVER. I have so much to share, until I do.. Please say a prayer ?? -AA

In September 2014, August Alsina scared fans after he collapsed on stage during a show, which put him into a three-day coma. In May 2015, he had laser surgery after an undisclosed eye disease left him partially blind in his left eye.

Around the time he released his sophomore album, This Thing Called Life, Alsina contemplated suicide. While promoting the album, he spoke about the hardships he endured, his family crisis, and facing online backlash for an accidental groping scandal.

Alsina’s health condition has always been unsteady. He took a break for a while, likely to focus on his well-being, but was still quite active on social media.

The singer has a supportive family, who encourages him to stay strong. “I’m sicker than ever and having a hard time accepting what I feel and what the Doctors are saying is most true. After sitting down and talking with my father’s mother and sister.. They explained to me that sickness and illness run in my family. My father and grandfather both died of severe illness. But they were FIGHTERS and that’s all that matters. Just ride with me is all I ask,” said Alsina in an Instagram post.

In his interview with Jada Pinkett Smith, August Alsina said that he doesn’t like talking about his struggles because he’s “not looking for anybody’s sympathy.” The two had a conversation about life, music, and friends, getting sentimental while speaking about the bittersweet parts of life.

Please excuse my defense mechanism in this clip.. I’m sicker than ever & having a hard time accepting what I feel & what the Doctors are saying is most true. After sitting down and talking with my fathers mother and sister.. They explained to me that sickness & illness runs in my family. My father & grandfather both died of severe illness. ???????? but they were FIGHTERS & that’s all that matters. ????????✨✨✨ Just ride with me is all I ask.

Jada Pinkett said that because of Alsina, “I’ve been able to close some open wounds that were left in regards to my relationship with ‘Pac,” referring to her friend, the late Tupac Shakur.

Our thoughts are with August Alsina, whose strength at this troubling time is admirable.