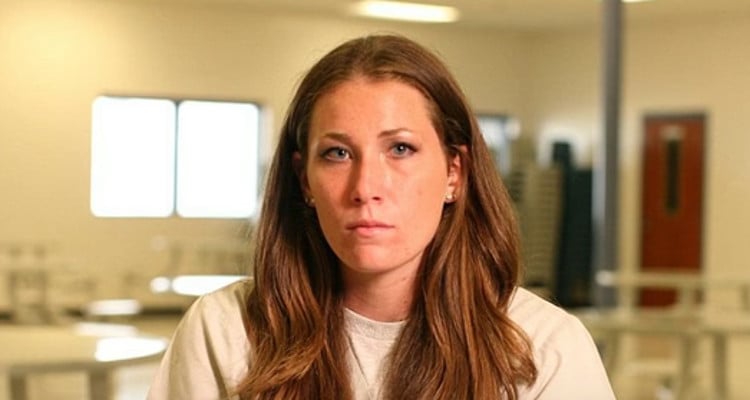 Women Who Kill is a new documentary that explores homicidal tendencies in women. One of the women featured in Women Who Kill is Amber Hilberling, who allegedly pushed her husband out of a window.

Amber Hilberling gave an interview before she died, which will now will be featured in Women Who Kill. The documentary explores how women are more likely to kill than men. Hilberling was convicted for allegedly pushing her husband out of the window of their high-rise apartment, killing him. Years later, she killed herself. She is survived be her parents and her son. Here’s more about this case in Amber Hilberling’s wiki.

Who is Amber Hilberling?

According to her obituary, Hilberling was born in Joplin, Missouri to Michael and Rhonda Bowers. The family moved to Tulsa, Oklahoma when she was three months old, where she was raised and went to school. Her faith and the church was a major part of her life. She was a bright student maintaining a 4.0 GPA, who also excelled in activities like soccer, volleyball, track, dance, and FFA (a Future Farmers of America organization for those interested in agriculture and leadership).

Her parents apparently separated and then re-married, so Hilberling has a large family of step-parents and step-siblings, as well her brother, Adam and sister, Ariel. Books, movies, and history made up her interests and she often entertained the family by speaking in movie quotes. While she loved fashion, makeup, and beauty, she was particularly passionate about shoes. Not only that, she also had a talent for writing poetry.

What Did Amber Do?

Amber met Joshua Hilberling in 2010 and fell in love. She married the 6’5” Air Force veteran that same year. They moved to Fairbanks, Alaska where he was stationed, but moved back to Tulsa when they found out she was expecting. They lived in a high-rise apartment on the 25th floor when tragedy struck.

In 2011, Joshua fell to his death from their apartment window and a seven-month pregnant Amber was the alleged killer. She said they got into an argument when he grabbed her shoulders and she shoved him away. However, her push caused him to fall through the window. His crumpled body was found on the roof of the garage. According to eyewitnesses, she rushed to his body and demanded paramedics to help him. Amber’s son, Levi, was born after Joshua’s death.

Did Amber Kill her Husband?

Amber Hilberling has given several TV interviews, including one with Dr. Phil, and maintained that she didn’t know what happened the day her husband died. Joshua’s parents saw her as the aggressor and said that their son called his father the day he died. According to Joshua’s father, he was distressed by Amber’s drug abuse and wanted to divorce her. He was going to leave her that day and fight for custody of their child when he was born.

When he announced the breakup, the argument started and Amber pushed him out of the window, according to his parents. While speaking to Dr. Phil, Amber maintained that she pushed her husband out of self-defense. She claimed that her 10-month marriage was marred by domestic abuse and pulled out Air Force records with incidents of his aggression. In 2013, she was convicted of her husband’s murder and sentenced to 25 years in prison.

Her Son Lives with His Grandparents

Amber’s son was born after Joshua Hilberling’s death. Levi Hilberling is being raised by Amber’s family and she occasionally spent time with him before she died. Amber Hilberling was convinced of her innocence and rejected a plea deal, but she was convicted of second-degree murder and sentenced to 25 years in prison. While support for Amber and her innocence poured in, she was devastated by her conviction, fearing she couldn’t see her son anymore.

The 25-year-old was found dead in her prison cell in October 2016. Authorities ruled her death as suicide. Her family announced her death and also stated that they would to continue to fight for her innocence. A Facebook page in memory of Amber Hilberling provides updates on Levi’s life after the death of his parents.