Amanda Mena was bullied regularly in school and found an outlet for her fears and pain in music. Mena is just 16 years old, but she’s already one of the favorites to win the top prize on America’s Got Talent season 13. In her own way, Mena has beaten the bullies who once troubled her.

America’s Got Talent contestant Amanda Mena, age 16, brought the house down with her performance of Pharrell Williams’ hit song, “Happy,” in the first semifinal of season 13. She sang like a pro in front of a full audience and millions of people watching on TV.

Mena received a standing ovation from judges Melanie Brown and Heidi Klum, who praised her on her song selection and said that she was “brave.” And that was like sweet music to Mena’s ears, because the lyrics mean so much more to her.

Here is everything you need to know about this talented, young singer with details from Amanda Mena’s wiki.

Amanda Mena had the unfortunate experience of being subjected to intense bullying at school, and she was deeply hurt and disturbed by it. Her mother, Miosotis Mena Heredia, remembers those dark days.

“I’d wake her up in the morning and she would say, ’Mommy, I don’t want to go to school, because the kids bully me. They say I don’t know English and I should go back to Santo Domingo,’” Heredia said. 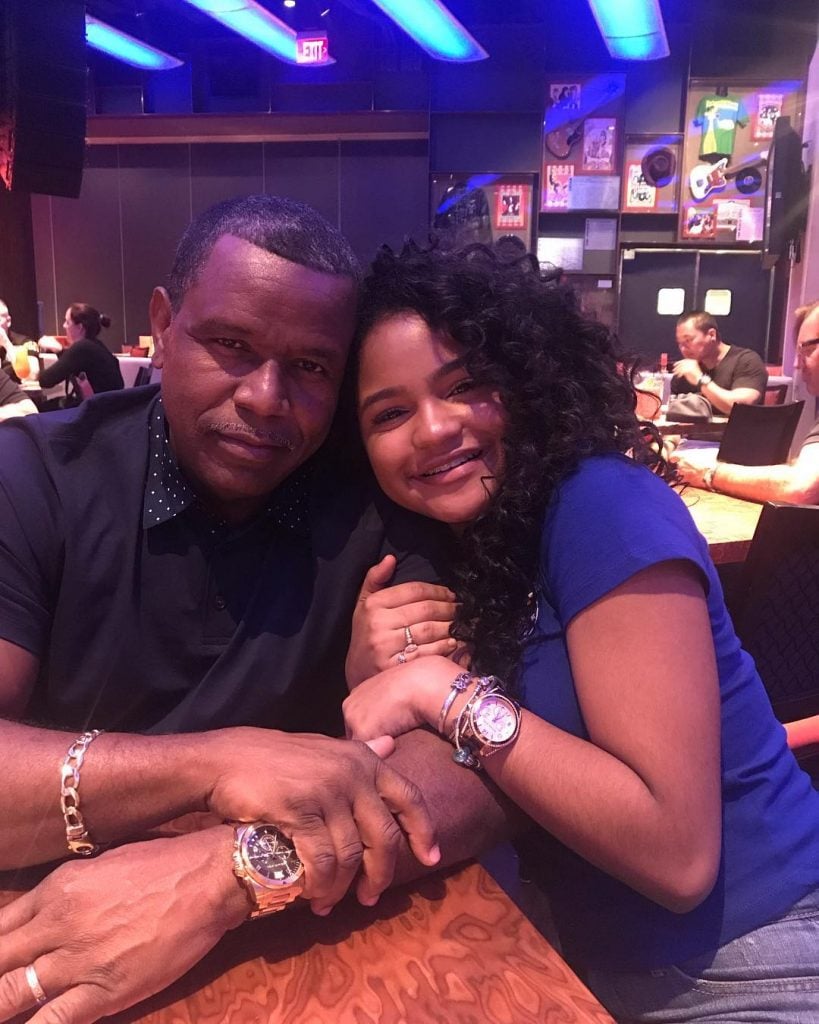 Amanda Mena with her father. Credits:Instagram/amandamenamusic

Although Amanda Mena hails from Lynn, Massachusetts, she was born in the Dominican Republic on July 14, 2002. She spent four years there as a young child while her parents, Martin and Miosotis Mena Heredia, lived in the United States and worked hard to gain some financial stability.

Mena has an older brother named Eliud Heredia, who is a college student. He simply adores her and is her biggest cheerleader whenever she takes to the stage to sing. He’s a health and fitness freak, and there are a lot of photos of him and Mena having fun and smiling on his Instagram account.

But because she didn’t know English and looked different from the other students, Mena started getting bullied in school. So, she turned to her mom and music, and these two forces helped give her a reason to smile and be confident.

She Is an Inspiration for Bullied Kids Everywhere

In 2018, Mena wowed everybody in the first semifinal round of AGT and is now one of the leading contenders for winning the top prize. And along the way, she has inspired kids across America to stand up against bullying and have the confidence to achieve anything they put their minds to.

Mena spoke on AGT season 13 to bullied kids across the nation and said, “I just want to tell you guys that you are special. Don’t listen to what anybody else says about you; you can do anything if you just believe in yourself and have your family behind you. You guys will get through it; it does get better.”

Being Bullied Actually Made Her Stronger

If Mena makes it to the finals, it will validate her parents’ reason for moving to America so that their daughter had a shot at fulfilling her dreams. Her mother said that getting through the bullying years was a traumatic experience and hopes that no mother has to go through what she had to.

She said that the kids who bullied Mena taught her to believe in herself and is thankful to them for actually making Mena stronger.

In 2014, Mena had been a contestant on La Voz Kids, an American-Spanish version of The Voice and was the season’s eventual winner. So, it’s no surprise that she had the judges eating out of the palm of her hands in the audition round of AGT season 13.

She floored them with an exquisite version of Aretha Franklin’s classic “(You Make Me Feel Like) A Natural Woman.” And Mel B was so impressed by Mena’s performance that she pressed the Golden Buzzer right away, sending Mena straight to the quarterfinals.

In the quarterfinals, Mena sang Pink’s song, “What About Us,” in both English and Spanish. She received standing ovations from all four judges and went on to the semifinals.

All Eyes Are on Amanda Mena

Even though Mena is only 16 years old, she performs professionally at events. Her Facebook account lists her contact numbers and says that she is available for bookings and collaborations.

Amanda Mena is already among the favorites to win the top prize at AGT season 13. And if she keeps her cool and her confidence high, she could very well be crowned the winner on September 19, 2018. That would teach all the bullies in the world a lesson or two!