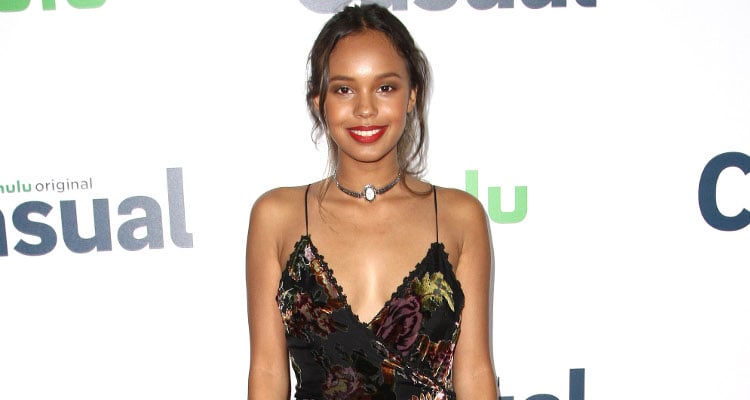 13 Reasons Why is currently Netflix’s most talked-about show. It has earned a positive response from viewers and fans are looking for more information about the leading actors. People want to know more about Alisha Boe from 13 Reasons Why, so we put together some information from Alisha Boe’s wiki.

13 Reasons Why is currently ruling the Internet. The series covers multiple important topics like bullying, suicide, rape, and mental health struggles. Netflix’s new show follows Hannah Baker (Katherine Langford), who commits suicide and leaves behind 13 cassette tapes listing the reasons why she killed herself. The tapes are sent to 13 classmates, each of whom had a hand in Hannah’s suicide. One of these classmates is Jessica Davis (Alisha Boe). Keep reading for more information about Alisha Boe from 13 Reasons Why.

Flames coming out of my head cause I'm a literal demon

Actress Alisha Boe was born in Oslo, Norway on March 6, 1997. Her father is Somali and her mother is Norwegian. In 2004, when Alisha was seven years old, she moved with her mother to Los Angeles. At the very young age of 20, Alisha has already achieved many things that take several years to accomplish.

When she was 11, Alisha Boe made her acting debut by playing Child Lisa in a horror movie called Amusement. In 2009, she played the role of Laci in He’s On My Mind. She was also in 2012’s Paranormal Activity 4 as Tara. Besides acting, Alisha has also made appearances in a couple of TV shows like Modern Family in 2014, as well as Brynn Hendry in two episodes of the thriller, Extant. That same year, Alisha joined the cast of Days of Our Lives for a 15 episode stint. She also made an appearance on TV shows like Trophy Wife, Ray Donovan, NCIS, Casual, CSI: Cyber, and Teen Wolf.