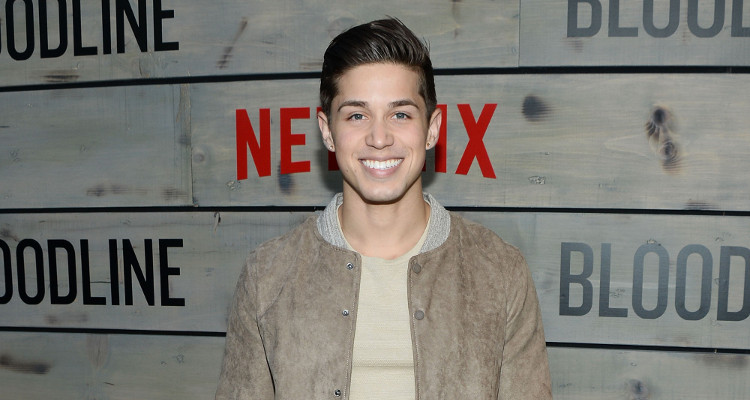 It’s not surprising that Brandon Larracuente from Netflix’s new series, 13 Reasons Why made such an impression on viewers. His moving portrayal of Jeff Atkins was acclaimed by critics and audiences. This handsome actor from New York has a bright future ahead of him.

13 Reasons Why started off as a book by Jay Asher in 2007 that received positive responses from readers and critics. There was so much buzz about the book that Universal Pictures wanted to turn it into a film starring Selena Gomez. As plans fell through for the film, Netflix bought the rights and released it a TV series, keeping Selena Gomez on as an executive producer. Season 1 of 13 Reasons Why has 13 episodes and it was released along with the special, 13 Reasons Why: Beyond the Reasons on March 31, 2017. The show garnered a huge positive response from viewers, making it an instant success, and bringing relatively unknown actors into the spotlight. So, who plays Jeff Atkins in 13 Reasons Why? Keep reading for details from Brandon Larracuente’s wiki.

He is a New York Native

Brandon is from Pleasantville, New York. How old is Brandon Larracuente? He was born on November 11, 1994, which makes his age almost 23. Brandon’s father, Israel Larracuente, is a retired New York homicide detective. The actor is from a Puerto Rican family and he used to watch telenovelas with his grandmother. Brandon is fluent in Spanish. When he was 4 years old, he joined the New Rochelle Opera House, and started acting at the age of 8 in an Off-Broadway Show called Desire.

Brandon’s family moved to Florida, where he acted in Charlie and the Chocolate Factory and It’s a Wonderful Life at the Orlando Repertory Theatre.

Brandon Was in Several Films and TV Shows

Last night I stopped for a moment, looked around the room and thought to myself, "This is so surreal." I am so proud of @13ReasonsWhy and everything this show stands for. For anyone watching if you're struggling just know you aren't alone and life is SO precious. Thank you to the cast for being amazing and thank you to the backbone of 13 Reasons Why for choosing me to be apart of telling this story. I will be forever grateful for the friends I've made and the experiences I'm having making this series.

The rising star was very excited to work with Dwayne “The Rock” Johnson. During an interview, Brandon revealed that when he was six, his father took him to see a WWE event at Madison Square Garden. “It was a dream come true for me,” he said. “I’ve followed him since the first time he ever stepped in the ring.” Brandon further spoke about a conversation he had with The Rock on the Baywatch set saying, “We spoke of and set about working out, he cracked jokes. It was a great time, a great experience.”

A post shared by Brandon Larracuente (@brandonlarracuente) on Sep 4, 2016 at 9:07pm PDT

With more movies lined-up and a successful stint on 13 Reasons Why, Brandon Larracuente’s career will see a steady rise. Besides acting, he also plans to start a fitness empire and wants to start a YouTube channel that concentrates on health and fitness. He is highly inspired by The Rock and considers fitness to be his passion. “That really inspired me. If he can do it, go from a wrestler to actor, and he also does fitness, then why can’t I?” said Larracuente. Absolutely!

Also Read: Katherine Langford Wiki: 5 Facts to Know about Hannah from “13 Reasons Why”

A post shared by Brandon Larracuente (@brandonlarracuente) on Apr 8, 2017 at 3:02pm PDT

After watching 13 Reasons Why, fans have been closely following Brandon Larracuente’s Instagram account. He posts a lot of pictures of himself and his friends, as well as behind the scenes shots from the show. From checking out his Instagram page, it looks like Brandon has a girlfriend, but no other details of his personal life are known at this time.