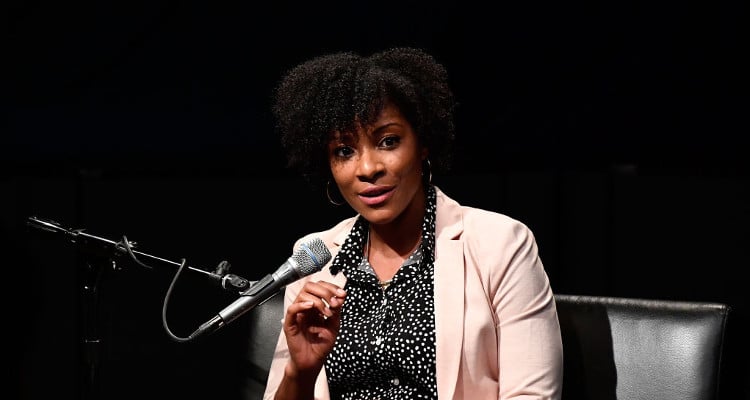 Instead of lamenting over her problems, Zerlina Maxwell chose to fight back. She is a rape survivor who is now working hard to get others to join the movement that works towards ending gender-based violence. She is a lawyer and political analyst who fights for the rights of women who were sexually assaulted and oppressed. With her sharp mind and surging passion about her work, Maxwell makes a positive difference to the country every day.

Zerlina Maxwell does not shy away from controversial topics, and is always open for a debate on important issues that affect the nation. That is why very few people were surprised when her tweet about gun control recently caused controversy. After citing a tweet of two white men holding guns captioned, “These are not law enforcement. Would only say they are citizens,” Maxwell tweeted “Now imagine if these men were black.” This led to a wave of tweets and replies about America’s gun control laws. While some were clearly racist in nature, the majority seemed to want a mature discussion on gun control laws.

Maxwell is a political analyst, speaker, media personality, and contributing writer who lives in New York City. People want to know more about this fiery intellectual, so we have some details from Zerlina Maxwell’s wiki.

Born on November 16, 1981, to parents who were pastors, Zerlina Maxwell’s age is 35. She attended Tufts University where she earned a degree in international relations in 2003 before earning her J.D. from Rutgers School of Law. She worked as a paralegal for several years in the 2000s before becoming a contributing writer for publications such as The New York Daily News. Since 2009, Maxwell worked as a political analyst and freelance writer for various online publications. Then, she became active in politics and was the Director of Progressive Media from Hillary Clinton’s presidential campaign. Currently, she is the Director of Progressive Programming for SiriusXM.

The Plague of Sexual Assault

Maxwell wrote about various topics, including national politics, candidates, as well as specific policy and cultural issues like feminism, race, sexual assault, victim blaming, domestic violence, and gender equality. She has particularly focused on rape and its devastating effect on victims. Maxwell wrote an article for The Root in October 2011 about the racial divide in the movement to end rape culture. She wrote that all kinds of oppression are not the same and people should be more careful of the language they use while protesting. Maxwell cited the case of a white woman holding up a sign that read “Woman is the N****r of the World” as an example, writing about the backlash it faced, and how protesters can learn from this. She also worked with the U.S. Department of State to get the students in West Bank, Palestine to use social media to express themselves, as she believes it is a basic human right that should not be denied to anyone. Maxwell is a regular speaker at colleges, universities, and organizations where she often speaks about campus sexual assault and rape culture.

Thank you @katerinamishelle for styling me this weekend for #blackgirlsrock! Dress: @alexanderwangny Clutch: @megshop in the west village Hair: mine with help from @sheamoisture and @themanechoice ??????

Giving Hope to Others

Busy tv day after a super dull week in politics.

There is no information on Zerlina Maxwell’s net worth, but considering her flourishing career, it must be substantial. She speaks about being a rape survivor, and of the many ways the nation can come together to end the violence. Some of her opinions have angered detractors, and she even received death threats. However, Maxwell is a brave woman and refuses to back down.

Zerlina Maxwell’s Instagram account is full of pictures of her hanging out with friends, colleagues, political personalities, and her at work. For working hard, living her life without fear, and her kindness to others oppressed by forces more powerful than them, we admire Maxwell and her work. In a world ravaged by violence of all kinds, she gives hope to many.