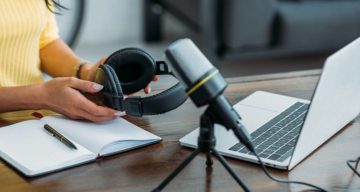 More changes to programming and the lineup are coming to WBAL Radio after the latest news. Yuripzy Morgan, a former candidate for the U.S. House of Representatives and the host of her eponymous show at the Baltimore radio station, announced she is leaving the station in February 2022. Morgan had gained an immense following and popularity as a conservative radio show host at WBAL. Her announcement was naturally met with many queries. Most want to know why she is leaving and where she is going next. Here’s what Yuripzy Morgan said about leaving WBAL.

Morgan ran an unsuccessful campaign for the U.S. House to represent the 2nd Congressional District of Maryland in 2016. She later joined the WBAL on-air lineup in 2019.

She moved from the weekend schedule to the weekday programming. Her self-titled show, The Yuripzy Morgan Show, made her a prominent conservative political commentator.

With many listeners and followers eager to tune in to her show, it came as a surprise when Morgan announced that she is leaving WBAL. Morgan first stated on her official social media page that she had important announcement coming on her February 17 show.

During the broadcast, she revealed that she is leaving WBAL. Neither Morgan nor WBAL revealed further details, but questions soon followed.

Her loyal listeners were saddened by the news and wished her well. Some speculated if Morgan is leaving to pursue her political aspirations again. Others question if WBAL cancelled her show.

While it is unclear where Yuripzy Morgan’s next venture is, her followers are keeping a keen eye on her social media for updates.