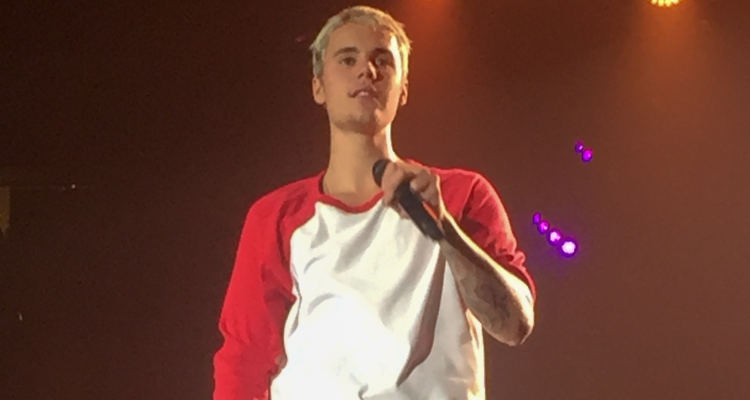 It seems everybody is in the mood to fight these days! And with the rise of social media, people now have new battlegrounds. This is what is happening to Justin Bieber, and it’s no surprise, what with him being in the limelight 24/7. People are now asking, “Why did Justin Bieber delete his Instagram account?” The news that Justin Bieber deleted Instagram photos of himself has taken his fans by complete surprise, and many are scrambling to understand what happened! His fans, ‘Beliebers’ as they are called, are dismayed to find that Bieber has removed all the pictures from Instagram without any explanation. It’s pretty coincidental that before his account was deleted, news of a Justin Bieber and Selena Gomez fight surfaced, and has spilled over from their Instagram accounts to the public domain. Juicy!

It all started when Bieber put up photographs of himself and Sofia Richie on his Instagram account. Richie is the daughter of singer/songwriter Lionel Richie, who has been spotted getting cozy with Beiber several times in the past few weeks. While some say they are just friends, some people are speculating that Richie is Bieber’s latest girlfriend. Either way there is no doubt that Bieber likes Richie and enjoys spending time with her. Problems started when some of his fans did not take kindly to this and wrote derogatory comments about Richie.

Bieber was angry at the comments and threatened to block fans from accessing his social media accounts if they did not stop making hurtful remarks about Richie. He said that they were not his fans if they said hurtful things about people he likes. The hate mail continued and Bieber made good on his threat, and instead of making his Instagram account private, he instead removed his account entirely. Beliebers everywhere are freaking out!

Things took a turn for the worse when Gomez joined in on the drama. She wrote that if Bieber “couldn’t handle the hate, he should not post pictures of Richie.” She advised Bieber to take it easy and said that his fans loved him and that he was making a big deal about nothing. Bieber hit back, saying that it was funny that people who had used him for getting attention were now pointing the finger at him. He commented that it was sad. Ouch!

What the Future Holds?

His fans’ hateful comments about new pal Richie is what made Justin Bieber delete Instagram account. Maybe now his fans will stop their tirade against Richie. The 22-year-old Bieber still has his Twitter and Facebook accounts up and running so all of you Beliebers out there, relax, you can still get your daily dose of Justin there!  Let’s see if this matter ends here or is there more drama coming our way? Stay tuned!