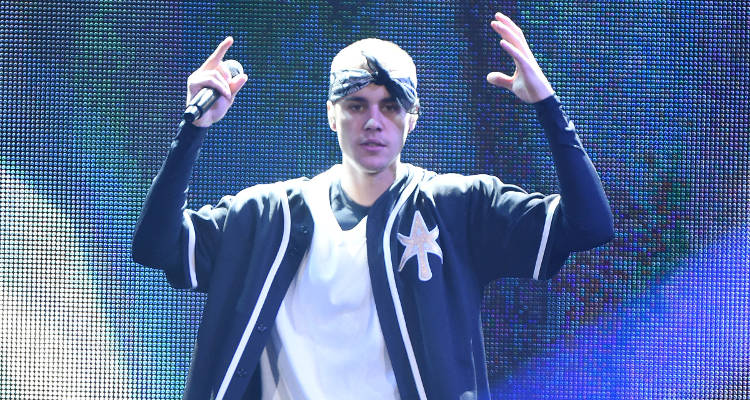 The 22-year-old star is currently on break from his Purpose World Tour. With a sprained ankle and a broken down tour bus, he is resting up and recovering from his injury. Since Justin Bieber is a fan The Bachelorette, the best way to pass his time was to catch-up on the show.

If you go on Justin Bieber’s Instagram account, you can see that the “Sorry” star has posted a clip from the show. The clip shows Chad Johnson and Alex Woytkiw having a heated argument. That’s when Chad suggests Alex to have a glass of milk. In the background we can also hear Justin cracking up.

He also wrote the following caption, “Good point Chad milk is delicious and yeah I watch the bachelorette don’t judge me.” We certainly won’t judge you Justin, especially if you “belieb” love can be found on The Bachelorette. Maybe The Bachelorette show producers can consider asking Justin to participate in the next season of The Bachelor, as we are sure there would be no shortage of interested girls! Justin further revealed that he is a fan of Chad Johnson, but we are sad to inform you that he was eliminated from the show. Chad might be really happy that he finally has a fan, especially one who is a huge celebrity!

He also shared pics about his swollen ankle to show fans that he is resting up and taking care of himself. To make matters worse, Justin’s tour bus broke down forcing him to stay back in the small Illinois town of Hamilton, which is situated near Mississippi. Even though it is a small town with a population of only 2,800, Justin still managed to stay in a palatial $10.0k per night Airbnb rental, which also has a spacious pool.

However, his tour bus breaking down was not the only issue. Justin Bieber’s Instagram also has pictures of his sprained ankle. Apparently, he sprained his ankle while playing basketball. Further, he also shared pics about his swollen ankle. The above picture clearly shows Justin’s sprained ankle as he is seen treating his leg with ice. He also wrote a caption saying, “Gonna be taking it easy tonight on stage sprained my ankle playing ball smh all good still gonna crush.”

What’s better than binge-watching your favorite show in a mansion like place? The fact that Justin Bieber is a fan of The Bachelorette has clearly become big news. We just hope that as a fan of “The Chad”, he doesn’t follow into those protein-power loving footsteps. Hopefully the “Biebs” recovers soon so that he can continue his world tour and astonish his fans all over the world hoping to see him perform.