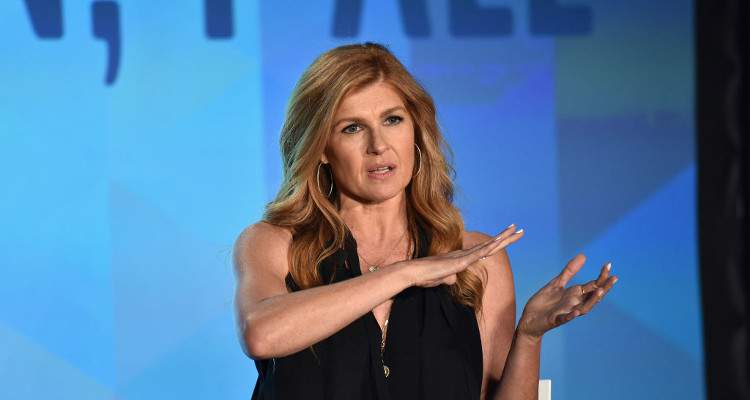 Even though Connie Britton had enormous success as Rayna Jaymes in the TV show Nashville, she felt creatively hemmed by the middle of season 5. After talking with the show’s creators, a decision was made to remove her character from the show so Britton could pursue other options. Her character, Rayna Jaymes died on the show of complications from injuries sustained in a fatal car wreck.

Fans of Nashville are happy that the show is back tonight (January 4) on CMT, even if they may not see one of their favorite characters return. Rayna Jaymes, a legendary country music superstar with waning stardom, was played by Connie Britton and has been a staple within the show from the beginning. But since the last season ended, some are wondering if Connie Britton died on Nashville as the season left fans on a bit of a cliffhanger! Here are details about whether or not Connie Britton is still on Nashville.

Why Did Connie Leave Nashville?

Connie Britton will no longer be on Nashville, as she decided in the midst of its fifth season that she wanted to move on, creatively. She spoke to showrunners Ed Zwick and Marshall Herskovitz, who said, “When CMT picked up the show [in June 2016], Connie Britton came to [co-showrunner] Ed Zwick and myself and said that she was very torn, but that she felt that creatively, she needed to move on with her life. [She] felt bad about it because she loved the show and loved everyone who worked on the show. But it felt [like], on some level, that she needed to find other challenges, which is something I understand and sympathize with.”

Britton’s decision to quit the show was met with support from its creators, who lobbied on her behalf to get Lionsgate TV and the network to let her go, even though she was still under contract. Herskovitz said that the process was complicated, but he understood Britton’s need to move on saying, “I’m not going to compel somebody to work with me. If she felt like leaving the show, we would find a way for her to leave the show.” The real problem was finding a good enough and plausible reason to explain her exit. Her character, Rayna Jaymes, made a strong impression on fans, and was one of the main leads, so her departure had to be dealt with delicately.

Happy International Women's Day! I've already been having a full day celebrating PHENOMENAL WOMEN around the world. And I've got my red shoes on too! Hope y'all are celebrating the women in your life today too. And if you want to get one of these cool shirts and support women, go to omaze.com/woman. #internationalwomensday

After much brainstorming, the show’s creators decided to kill off Britton’s character. Talking about their attempts to come up with logical ideas, Herskovitz said, “After painful deliberation, we realized there was no alternative to the character dying.” Even though removing Rayna from the show was painful, the writers relished the challenges of taking the story into a new and uncharted territory. “Rayna dying was something we were challenged by, inspired by and [it] spun off many stories on its own.” In the end, the character died following complications from injuries suffered during a horrific car accident. This unexpected development shocked fans, but was how they decided to handle Britton’s ultimate decision to leave the show.

A Delightful Side Benefit

Happy College Signing Day! Really went for the vintage in honor of another year of Mrs. Obama's #ReachHigher program, celebrating all those who have worked so hard to make it to college. #BetterMakeRoom!

But there is still one thing fans are not certain of: Does Connie Britton sing in Nashville? Yes, she does! Thanks to that, she even has a singing career on the side! However, Britton is mighty embarrassed about it and admits that her singing career only happened because of the show’s popularity. Though, she feels guilty about it saying, “I have albums out … That is a joke to me. I walk around Nashville just apologizing to all the amazing country singers. I’m like, ‘I’m sorry, guys! Want a place on my album? You can have it! I’m really sorry.’” Britton is humble, but fans really warmed up to her original songs that were also released as part of the show’s soundtrack. Now that she is no longer on Nashville, it just feels right to play those tracks and remember her time on the show! We will miss ya, Connie!