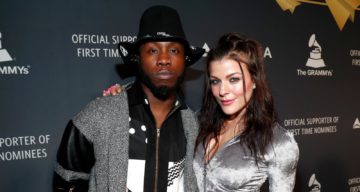 Janelle Ginestra and Willdabeast Adams were the dance world’s hottest couple. That’s why when sightings of them together dwindled in recent months, rumors of a breakup began doing the rounds.

The ex-couple’s relationship was very public to their social media followers. They met at a dance rehearsal in 2009 and were engaged in 2017.

Ginestra and Adams tied the knot on September 2, 2018. They even depicted their relationship through a dance performance with their bridal party at the reception.

Given their openness about their romance, rumors of their split concerned their fans. Ginestra explained her decision to keep the divorce from her fans saying that she found solace in her family and friends during this time.

Willdabeast Adams, for his part, posted a video on social media addressing the divorce.

Who Is Janelle Ginestra?

Janelle Ginestra reportedly was born on May 14, 1989, in California. She grew up in Santa Clara where her parents, Germaine Cintas and Steve Ginestra, are based.

Her mother Cintas is a beloved teacher in the local school. Her father Steve works for the city. From some of Janelle’s videos, it appears that her dad is her workout buddy.

Janelle has been dancing since she was a mere two years old. When she was older, she moved to Los Angeles to pursue a professional dancing career. After five years of miscellaneous jobs, she got her big break performing on tour with P!nk.

Also Read: Who Is Jerry Benson? What Happened to the Distiller from Discovery Channel’s “Moonshiners”?

Her credits include performing with Beyoncé, Jennifer Lopez, Nicki Minaj, J Balvin, and Pitbull, and on Step Up China, Alvin and the Chipmunks: The Squeakquel, Glee, and more.