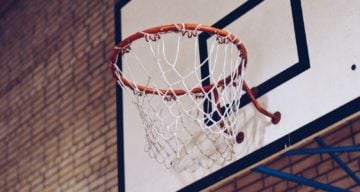 Last Chance U: Basketball returned with a new season and an all-new team of the ELAC Huskies on December 13. Damani Whitlock is one of the young athletes playing under Coach John Mosley at East Los Angeles College. He comes from an athletically-inclined family and showed tremendous potential. And his personality won over Last Chance U viewers who hope he is part of a D1 team after a season at ELAC. Find out where Damani Whitlock is after Last Chance U: Basketball here.

Damani Whitlock was born on April 4, 1999, and hails from Long Beach, California. He is one of three children born to Major Overton Whitlock Jr. and Malika Whitlock.

Damani grew up with two sisters, Amira and Ebony. Their father, Major Whitlock, is also an athletic coach.

Like his father, Damani Whitlock also showed amazing talent as a student-athlete. He played basketball, baseball, football, and track and field at St. Anthony High School before he graduated in 2017.

Whitlock initially majored in kinesiology and played basketball at the University of Hawaiʻi at Hilo. He played the 2018–19 and 2019–20 seasons there.

The basketballer returned to California and transferred to East Los Angeles College. He played the 2021–22 season with the Huskies and appeared in Last Chance U: Basketball.

So, where is Damani Whitlock from Last Chance U: Basketball now? Since the show aired, Whitlock is now a Division 1 player.

In November 2022, he announced he had transferred to Texas A&M University – Texarkana under head coach Ryan Wall.

He’s currently on the 2022–23 roster. Last Chance U fans are hoping to see him make magic on the basketball courts soon.