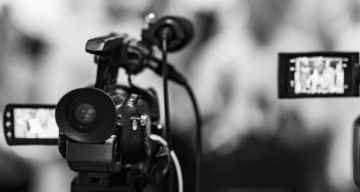 Jeff Butera of WZVN-TV exemplifies what solid reporting, dedication, and persistence look like. Over the past decade, residents of southwest Florida have seen all sides of him. But now the versatile ABC 7 Fort Myers news anchor has announced his departure from the station. Jeff Butera is leaving WZVN-TV at the end of this year. His devoted viewers are understandably saddened by this news and full of questions, like whether or not he plans to leave Fort Myers. Here’s what the anchor said about his exit from the station.

Jeff Butera grew up in Orlando and graduated in telecommunications from the University of Florida. After he graduated, he joined WTEV as a reporter in Jacksonville, Florida. He later reported for KPHO-TV in Phoenix, Arizona, winning two Emmy Awards and eight nominations.

The nine-time Emmy-Award-winning anchor is also the author of Write Like You Talk: A Guide To Broadcast News Writing. He launched a five-episode podcast titled Killer Fastball in 2021 on the 100th anniversary of the tragedy. It is the true story of Ray Chapman, the only MLB player to die from an injury on the field.

His wife’s health troubles kept him away from his viewers in October of 2022, and they missed him while he was gone. Many were relieved to see him back at the anchor desk once his wife had fully healed. But this time, beloved anchor Jeff Butera is leaving WZVN-TV.

Butera is set to leave Southwest Florida at the end of this year and move back to Tampa Bay. He has accepted a weekday anchor position at Spectrum Bay News 9.