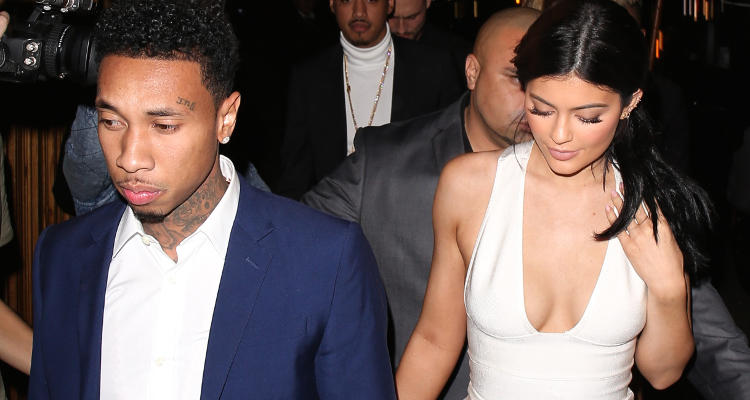 The Heat Is On

Right now, they’re heating up in Europe where Jenner is currently on vacation. Kylie Jenner and Tyga are seen in a black and white photograph where Jenner is cuddling up to Tyga. Tyga is not wearing a shirt and is showing off his bare chest, covered with tattoos. The rapper is currently on tour but is still spending every possible moment with the 18-year-old Jenner. Kylie Jenner Snapchat pictures show how close Kylie Jenner and Tyga truly are to each other. The cuddling photograph has no caption but their expressions show that they are in bliss. The Kylie Jenner vacation is just another way for her to be next to Tyga. If the racy airport video where Kylie Jenner and Tyga are seen grinding against each other in public is any indication, it looks like these two are still crazy about each other.

The Suspense Is Killing Us

Kylie Jenner and Tyga keep their fans in suspense with their “now they are together, now they are not” behavior. However their fans can’t get enough of them. Nor does it seem, can the duo. Tuesday’s hug was yet another milestone in their never ending saga.