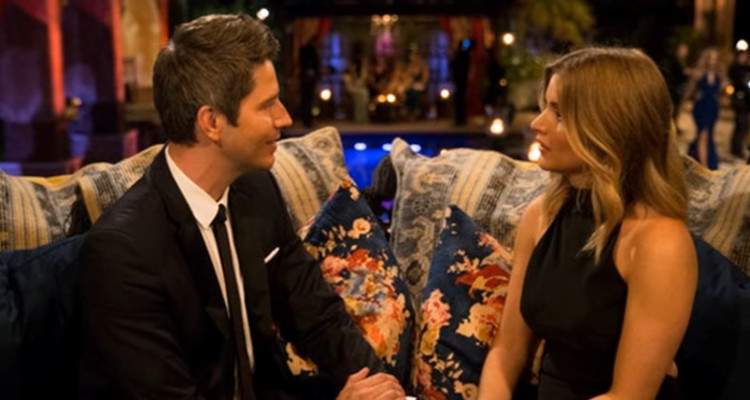 After several interesting seasons, this year marked the return of the charming and irresistibly good-looking Arie Luyendyk Jr., who had 29 gorgeous young women vying for his heart. Up until now, he’s made some seemingly good choices, as Amber and Brianna were sent home. However, we often wonder where his head’s at as he’s kept girls like Krystal around (at least until now). What’s in store for next week? Find out more about the upcoming drama with The Bachelor 2018 spoilers below.

What Happens Next Week on The Bachelor?

For those of you who are caught up with The Bachelor, you know what a rollercoaster this season is turning out to be! Last night, Arie, the gentleman of the hour, sent home Jenna, Chelsea, and Krystal, much to the happiness of the other ladies (and fans)!

This means that Arie is left with seven deserving women by his side, a number that will soon boil down the four by the end of next week. A little birdie tells us that The Bachelor week 7 will bring audiences into the picturesque locations of Tuscany, Italy, where romance will peak at an all-time high!

As per speculations, Jacqueline Trumbull, Becca Kufrin, and Lauren Burnham each get individual dates with Arie in Italy. The week also shows our lad spending some quality time with Becca inside the mystical town of Barga, with the two getting up close and personal like never before!

While Arie is seen getting closer to some of the ladies, an otherwise frontrunner, Jacqueline is said to take herself out of the competition after her one-on-one date in Tuscany! It is also believed that Bekah Martinez is eliminated in Week 7, leaving Lauren, Becca K., Kendall, and Tia Booth as the four promising finalists of The Bachelor 2018.

Who Wins The Bachelor?

For the curious minds who cannot wait to watch for the March finale of The Bachelor 2018, here’s what our predictions for the season’s winner look like! If rumors are to be believed, Becca K. and Lauren become Arie’s top two ladies. Going by their current chemistry, it’s hard to believe otherwise!

Arie, who looks equally smitten with both ladies, chooses to give Becca K. the final rose, sending a rather fazed-out Lauren home. But there’s more, as the drama just doesn’t seem to end with The Bachelor!

After proposing to Becca, Arie reportedly has second thoughts about her! He is then said to break things off with Becca to be with Lauren once again! As per the latest reports, Arie and Lauren are together and are going stronger by the day.

Cues on Lauren’s Instagram also suggest that the two are actually dating. She recently shared a post captioning, “He’s a perfect 10…*sigh* Spare me.,” with a screenshot from their bowling date in last week’s episode.

As far as the Becca saga goes, she does not deserve a broken engagement. But Arie made it clear that he falls in love with multiple women on the show, and he did not know what to do about it. Guess, everything’s fair in love, after all!