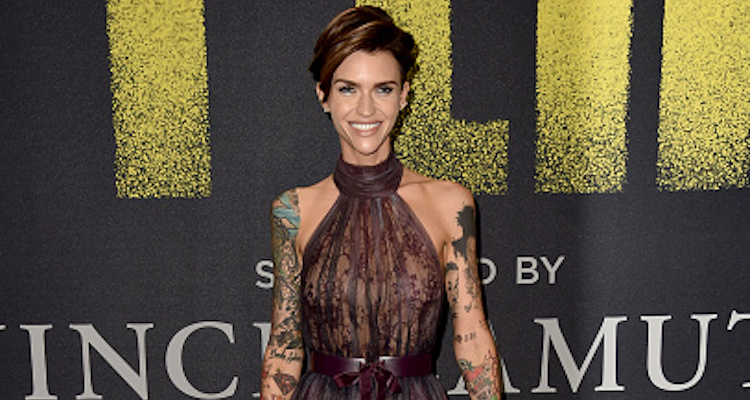 Actress and model, Ruby Rose recently posted photos on Instagram with a cane and being wheeled around a hospital in a wheelchair! What happened to Ruby Rose? Will this affect her upcoming roles? We have all of the latest news on Ruby Rose, what caused her to be in a wheelchair, and what her prognosis is.

Before we get into why Ruby Rose’s wheelchair picture is a big deal, we should first take a quick look at Ruby Rose in general.

She was born Ruby Rose Langenheim on March 20, 1986, in Melbourne, Australia. Her mother, Katia Langenheim was a single mother for most of Rose’s life, which caused her to proclaim Langenheim her hero after all she did and sacrificed to raise her.

How tall is Ruby Rose? Depending on what picture you see, it is a very legit question. While she may seem rather short on screen, Rose is approximately 5’7″. While that may be a tad short for your average model, Rose made her unique look a benefit to her career.

As a model, she was featured in magazines like Marie Claire, InStyle, Cleo, Cosmopolitan, Vogue Australia, Maxim, Nylon, and New York’s Inked.

Ruby Rose came out as a lesbian the age of 12, which lead to her being mentally and physically bullied. Later, she was diagnosed as being bipolar with a tendency to lean towards clinical depression. These things all lead to Rose attempting suicide at a young age.

But now, as an adult, she has fully embraced her sexuality and gender fluidity, and doesn’t care what people might think about her. One day she will dress elegantly, with her tattoos all covered in a designer dress. The next, Ruby Rose’s hairstyle will be changed and she’ll be wearing a tank top and pants. Either way, she rocks it.

What Happened to Ruby Rose?

On January 18, 2018, Ruby Rose’s Instagram and Twitter had a picture of her and her girlfriend, Jessica Origliasso, with Rose sitting in a wheelchair and a couple obvious hospital bracelets around her wrists.

In an effort to head off rumors before they began, Rose told fans via Twitter that she recently had surgery to correct an issue that she was having with her spine for a number of years. As she knew that she would still have to be active but would need the use of a use of a cane, walker, and occasionally a wheelchair, she got the story out before the rumors could begin.

No timetable was mentioned for her recovery but she’s already been seen out and about with a walker, and is reportedly out of her wheelchair.