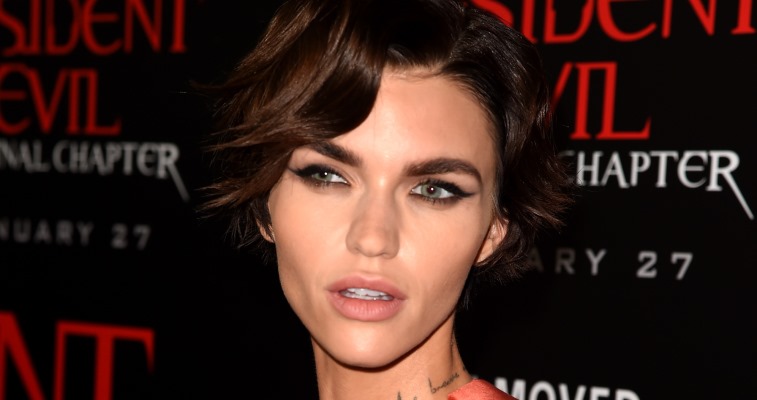 Have you seen Ruby Rose’s Cosmopolitan cover? If not, you should head over to Ruby Rose’s Instagram page! The Orange Is the New Black star took to Instagram to show off her killer looks for Cosmopolitan Australia’s March Issue, and she didn’t disappoint!

From her views on life to her many tattoos, the 30-year-old Australian actress embraces being different with every inch of her body, and never plans to apologize for it. The Internet has no shortage of Ruby Rose pics and we know we’re not the only ones excited to see the actress on the cover of Cosmopolitan Australia!

When it comes to showing your pride, there’s no one better suited than Ruby Rose! The John Wick: Chapter 2 star will grace the cover of Cosmopolitan Australia’s Special Cosmo Pride Issue. It will also feature Rose’s “badass guide to living life by your own rules.” Sounds like a good read, if you asked us! Rose has always been open about her life in her interviews and doesn’t hold anything back. On the cover, Rose rocks black hair, a white bedazzled jacket, pants, and crop top. The Pride Issue also comes out in March, which is Rose’s birth month. Not a bad birthday gift!

From Orange Is the New Black, to John Wick: Chapter 2—Rose is definitely on a mission in Hollywood! She’s already come a long way from her days as a Australian MTV VJ! The Australian actress has an epic and fight scene with Keanu Reeves, 52, in the sequel to the hit film, John Wick.

“I got a little nick, which I was so proud of,” said Rose in an interview with E News. “I got an elbow in the head by Keanu, which I will love forever.” 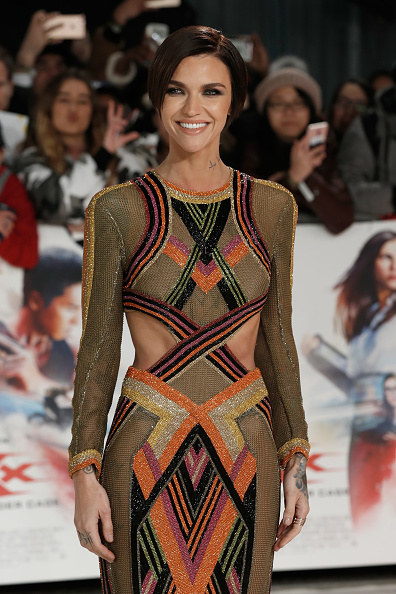 Rose plays Ares, a skilled and dangerous killer in the criminal Underworld who is after Wick, along with every other assassin looking to collect the bounty on his head. Oscar winning musician-actor, Common also stars in the film and also had the chance to exchange jabs with Reeves, alongside Rose.

Common plays one of Rose’s ruthless sidekicks. “I remember specifically Keanu, I kept doing forearm block and forearm block in the same place and I was bruised up,” the Oscar winning musician-actor said. “But I didn’t want to let him know.”

John Wick: Chapter 2 will be released in theaters on Friday February 10.