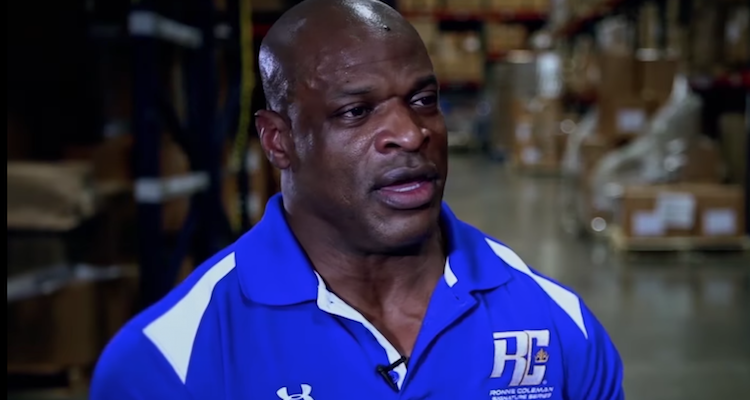 What happened to Ronnie Coleman? The man was the king of bodybuilding for years, winning numerous Mr. Olympia and other competitions, and then he was gone. There are pictures of Coleman in a wheelchair, looking a bit smaller than he has in years. So, what’s going on with Ronnie Coleman? We’ll take a look at the bodybuilder and try and answer what is going on with his health. We’ll discuss Ronnie Coleman’s surgery, as well as where he is now. It takes a lot of work to be titled “Mr. Olympia.” Now you’ll learn some of the prices Ronnie Coleman paid.

For those who are unaware, Ronnie Coleman is often considered the king of bodybuilders. No other bodybuilder has accomplished what he has during his career. Coleman is most well known for winning Mr. Olympia eight times in a row. From 1998 to 2005, he was on top of the world.

As a member of the International Federation of Bodybuilding and Fitness, Coleman held the record for most wins as an IFBB professional with 26 titles.

To look at Coleman at the time was to look at a mountain of muscle, more akin to a comic book character who would duke it out with the Hulk than a real human being. But eventually, all of the muscle and all of the working out started to cause issues.

In order to gain that type of mass, you have to work out more than any other human being is going to work out. Working out that much, eventually, you start to rack up injuries, especially with the type of weights that Coleman was pushing himself on.

Add to that the amount of upper body weight Coleman carried, eventually, things were going to catch up to him. In his case, this ended up causing major spinal issues. It also started to wear down on his hips. Coleman’s surgeries over the years include:

Just over a week ago, Coleman added another spinal surgery to the list after having work done to repair and stabilize the L4 and L5 discs.

Where Is Ronnie Coleman Now?

With all this in mind, where is Ronnie Coleman now? He’s recovering, but by the looks of his Instagram, he’s already back in the gym. The workouts are smaller, as is the man who’s doing them (don’t get us wrong, he’s still more muscle than we are). But the gym is Coleman’s home. It’s where he’s most comfortable.

A few days before his surgery, Ronnie Coleman did a leg workout that would put many to shame. It makes sense that a few days afterward, he’s dying to go back. Hopefully, Coleman is on the road to recovery and will be back in the gym sooner rather than later.