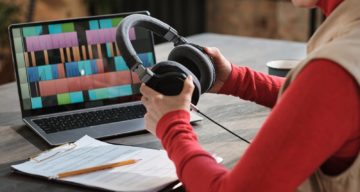 The latest live of the Chicks On The Right podcast took a dramatic and concerning turn. Miriam, who is known to her regular followers as “Mock” or “Mockerena,” had a health episode while live on the show with her cohost, Daisy. Fans since have been asking what happened to Miriam on Chicks On The Right. Fortunately, Daisy has been providing regular updates on her friend and colleague. Here’s the latest update on Mock’s health.

Health Update on Miriam from Chicks On The Right

Miriam Weaver goes by “Mockerena” or “Mock” on her popular conservative podcast, Chicks On The Right, with cohost Amy Jo Clark, aka Daisy. During their February 14 live morning show, things took a dramatic turn.

Miriam appears to have had a stroke during the live, which sent not only Daisy but also their followers into a panic. They cut the episode short while Mock received timely medical attention.

Daisy provided regular updates on Miriam’s health on the podcast’s official Facebook page. She initially revealed that Miriam was at the hospital and getting tests done to figure out what happened.

By noon, Daisy revealed that Miriam’s CT scans were clear and they were awaiting MRI results. Miriam was released from the hospital the same day.

Miriam insisted on doing another live soon after returning from the hospital. During the live, she thanked all their followers for their prayers and well-wishes.

Miriam also confirmed that she’d had ministroke, also known as a transient ischemic attack (TIA). The American Stroke Association defines a TIA as “a temporary blockage of blood flow to the brain.”

So far, Miriam hasn’t revealed the prognosis from her doctor. While their followers wait for updates, they wish her well and urge her to take it easy for a while.