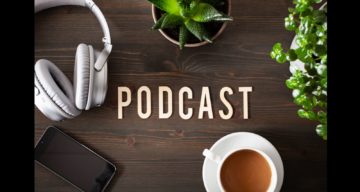 Bridget Phetasy overcame her fair share of hardships to become an inspiration to her followers. She is a writer, podcaster, YouTuber, and comedian, among other things. Drawing from her own experiences, Phetasy has helped others who’ve battled addiction and toxic relationships. And in the pandemic, she’s been immense motivation to students who are struggling to cope with the new norm. Some are discovering Phetasy through her appearances on their social media feeds with invaluable insight. Her new followers want to know more about who she is and her background, which we reveal in this Bridget Phetasy wiki.

Born Bridget Walsh on November 16, 1978, she hails from Connecticut. She grew up alongside her sisters, Elizabeth Walsh, Devon Walsh, and Vanessa Walsh, and a brother, Peter Walsh.

Elizabeth is an artist and still resides in Connecticut. Vanessa is a professional photographer.

Their late grandmother, Faye, was a first-generation American. She was of Italian descent, and the Walsh siblings share her Italian ancestry.

In a special commencement address piece for The Atlantic, Bridget said her parents divorced when she was young. Her father left Connecticut for Washington, D.C. A year later, she had a stepfather struggling with an “undiagnosed mental illness.”

A young Bridget Walsh was on the path to an Ivy League college. Until high school, when her parents separated and Bridget turned to drugs and alcohol.

She nearly failed her senior year, got drunk at her graduation, and, during her freshman year of college, ended up in a state-funded halfway house in Minneapolis trying to kick a heroin addiction. It wasn’t exactly smooth sailing when she tried to get her life back together, either.

She traveled, dealt with failed relationships, started her first company and later went into bankruptcy, worked on farms, waited tables, and took any job she could find. The entire time, she didn’t stop writing—until she became the professional writer, journalist, and comedian she is today.

Her public persona, Bridget Phetasy, is connected to the Phetasy philosophy and movement she began online. She coined the word “phetasy” in 2006, defining it as when reality becomes parody and vice versa. She believes it applies to the current political climate.

By 2013, Phetasy was sober and free of toxic relationships. By 2015, she was getting paid to write for Playboy.

Now she draws in audiences with her political commentary, and has successful podcasts, including Dumpster Fire, and a popular YouTube channel in addition to other projects. Besides politics, her main topics include addiction, recovery, mental health, and relationships, stemming from her own experiences.

Phetasy got married on November 10, 2020, to Jeren Montgomery, she’s revealed in a few interviews. She remained mum about his identity until she interviewed him on her podcast, Walk-Ins Welcome.

Montgomery completed his MA in clinical psychology and is a family and marriage therapist. He apparently works in a “nautical-themed grocery store.”

In recent podcast interviews, Phetasy has said they met while they were both in recovery. But they chose to part ways back then to focus on themselves and getting sober. They reconnected 15 months later, and have been together ever since.

Both Bridget Phetasy and her husband have been married before. When sharing her past struggles, she revealed that it was an ex-boyfriend who got her into drugs. She also married and divorced a guy when she was in recovery.