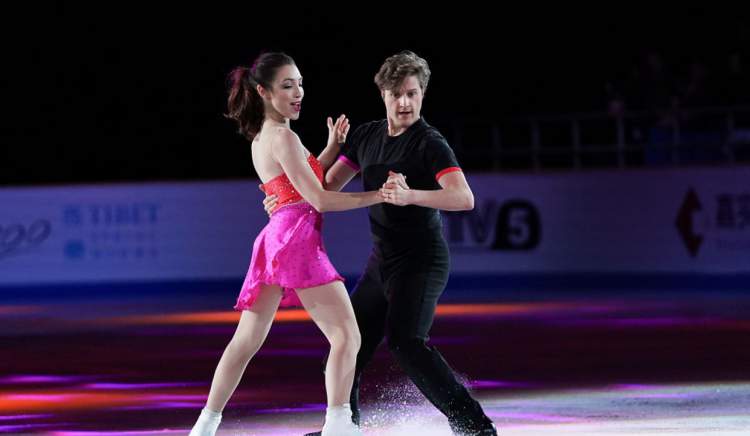 Meryl Davis and Charlie White are hugely missed by fans at the Pyeongchang Winter Olympic Games 2018, with many wondering why they are not there. The reason they are not participating is because they decided to take a break from the stress and tension of the event. However, they made it clear that they are certainly not retiring! Instead, they are teaching their art to youngsters who want to become future ice dancers someday!

As audiences hold their breath while watching the dazzling sport of ice dancing at the Pyeongchang Winter Olympics, many are wondering what happened to Meryl Davis and Charlie White. The duo has mesmerized audiences since 1997, but are not competing in this year’s Olympic Games.

People who expected them to set the rink on fire with their moves are confused about their absence. Did Davis and White quit the sport they graced for so long? Have they decided to call it a day?

They Are Not Retiring

Thankfully, the answer is a big no! Davis and White are certainly not retiring. The reason they are not on the ice in Pyeongchang is that they decided to take a break from the rigorous lifestyle of professional ice dancing. In fact, while the duo did decide to sit out this year’s games, White is busy doing commentary for NBC’s coverage of the Winter Olympics 2018!

White says that the decision to sit out the Olympics still feels a little strange to him. “It’s still really weird to say that aloud. I’m not really sure what tone to use. It’s not like we are celebrating it. It’s a little bit disappointing, but at the same time, it’s nice to finally come to a decision,” he explained.

Not an Overnight Decision

The duo made the decision only after a lot of thinking and weighing in. The idea first came to their minds during the 2014 Sochi Games, where they won a gold medal in ice dancing. Their chemistry was so striking that most people, including the judges, almost believed that they were a real-life couple.

Also Read: 12 Couples at the Winter Olympics 2018 Who Captured Our Hearts with Their Moves and Love

Davis revealed, “Since Sochi, we’ve been giving it a lot of thought, a lot of time. It always felt like the right direction to be moving in.”

In October 2017, the duo had said in an interview, “We still have a passion for the sport, and we don’t take the opportunity to be able to do what we love for a living, but we don’t want to put ourselves through the stress and work of another competition.”

While people will not have the pleasure of seeing the duo on the ice at this year’s Olympic games, they will be happy to note that the duo plan to teach youngsters the graceful art of ice dancing through high-need classrooms.

Davis told Sports Illustrated, “We’ve also been involved in an organization called Classroom Champions since 2010, which we’re really passionate about. Essentially the program pairs athletes with high need classrooms and we record videos once a month that is sent to our teachers and classrooms.”

Building the Next Generation

So, for all the fans of Meryl Davis and Charlie White who were worried their favorite ice dancers gave it all up, we are happy to report that the two are still very involved with their sport. They are busy helping and creating the next generation of ice dancing champions.Well, with two of the greatest figure skaters coaching these young hopefuls of the future, there’s no telling which of them we may see in the coming Winter Olympic games!