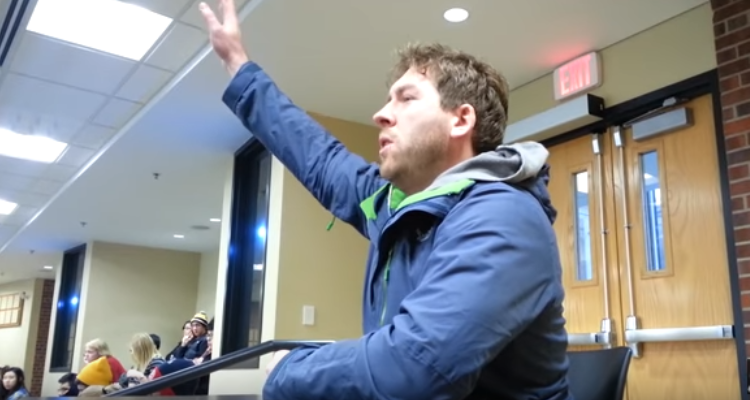 While many are getting ready for Easter and asking questions about egg hunts, others are asking about the Free Beer and Hot Wings show. Why would anyone be asking about that? Well, that’s because one of the radio show’s producers were was arrested! After all, it’s not quite the holidays until some gets arrested, right?

What happened to Joe of Free Beer and Hot Wings? Now that the producer has been identified, local fans want to know more about the incident. If you’re interested in the details, then we have what you need.

What Happened to Producer Joe?

According to reports, Joseph M. Gassmann, 35, a producer for Free Beer and Hot Wings, was arrested in Naperville, Illinois. He’s known as “Producer Joe” on the popular radio show and he was reportedly charged with two misdemeanors for domestic battery. The battery charges are listed as Class A misdemeanors in Illinois’ DuPage County.

Gassman was released Sunday morning and his arraignment for the charges is scheduled for April 23.

Where Is Producer Joe Now?

Where is Producer Joe today? After the altercation in Illinois, Townsquare Media, the parent company of Free Beer and Hot Wings, suspended Gassmann until the investigation is resolved.

“As you may be aware, Joe Gassmann of The Free Beer and Hot Wings show was arrested after a domestic altercation this past Saturday night. Joe has been suspended and will not be appearing on the show, pending resolution of the police investigation of the matter,” General Manager Rick Sarata said in a statement.

The length of his suspension wasn’t made clear but since Gassmann’s arraignment in court isn’t until April, it’s possible that he could be gone until then.

Who Is Producer Joe?

Some are wondering why Gassmann was in Illinois in the first place, if the show is based in Grand Rapids, Michigan. According to the show’s website, Gassmann is actually a Chicago native. It’s possible that he was visiting family or friends over the weekend or had something else to take care of back home.

He started out as the show’s producer in 2005, and in 2016 he became a co-host in daily segments with Gregg “Free Beer” Daniels and Chris “Hot Wings” Michels. For a brief time, he studied writing and improv at The Second City but found his true calling when he hosted a radio show at the Illinois Institute of Technology, which he didn’t attend.

He’s known for his sarcasm, pop culture knowledge and enjoys rock climbing, hiking and cycling. Though, it seems now he is more known for his arrest…

Also Read: Why Was Woah Vicky Arrested? What Happened to Woah Vicky?